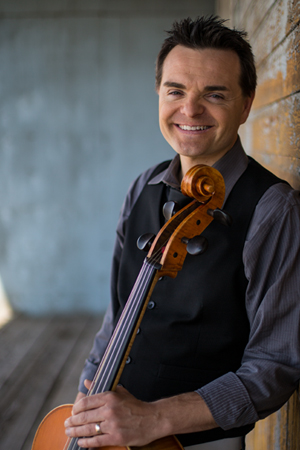 April 6, 2015 – The University of Utah Alumni Association and Young Alumni Board will host the annual Spring Awards Banquet on Wednesday, April 8, in the Spence and Cleone Eccles Reception Room at Rice-Eccles Stadium & Tower, beginning at 6:30 p.m.

University President David W. Pershing will speak as part of the festivities, which honor two award recipients and celebrate the students receiving scholarships from the Alumni Association for the 2015-2016 academic year. International music star Steven Sharp Nelson B.A. ’02 MPA ’07 is receiving the Par Excellence Award, and David Derezotes is receiving this year’s Philip and Miriam Perlman Award for Excellence in Student Counseling.

This year, the U Alumni Association is awarding a record total of $550,000 to support the academic dreams of a variety of deserving students, including those who have overcome tremendous adversity, nontraditional students, first-generation college students, out-of-state students, students of diversity and students in financial need. Revenue from the sales of University of Utah license plates continues to be the primary source of scholarship funds for the U Alumni Association. Association membership fees, proceeds from the Homecoming 5K and golf tournament, and other private contributions also support the scholarship fund. This April’s monetary awards include presentation of the first Steve and Angie Smith Young Alumni Scholarships. Steve, an NFL star and former U student, was honored in 2013 with the Par Excellence Award, and he and Angie subsequently made a generous gift to the Alumni Association to establish a scholarship endowment to support first generation, underrepresented students. Two incoming freshmen will receive the scholarship this year.

The Par Excellence Award is presented annually by the Alumni Association’s Young Alumni Board to a former student who attended the U within the last 15 years, in recognition of his or her outstanding professional achievements and service to the community as well as the University of Utah. This year’s honoree is Nelson, the cellist for The Piano Guys. Nelson received his bachelor’s degree in 2002 in music and went on to get a master’s degree in public administration, with a graduate certificate in urban planning, all from the U. After graduate school, he worked as a real estate agent and owner of Thornton Walker Real Estate as his cello career took off. His first solo album, “Sacred Cello,” in 2006 was atop the Billboard charts. He released two more solo albums, “Tender Mercies” in 2008 and “Christmas Cello” in 2010.

He joined The Piano Guys in 2011, and together they have created one of the fastest-growing channels on YouTube. His videos are watched by more than half a million viewers daily, and since 2011, many have been among the top 10 music videos in the world, including his “Cello Wars” and “Beethoven’s 5 Secrets,” both of which debuted at No. 1 on the YouTube charts. The Piano Guys currently have nearly 3.3 million subscribers on YouTube, and they average 6,000 new subscribers per day.

The Alumni Association also will present its Philip and Miriam Perlman Award for Excellence in Student Counseling. The recipient this year is Derezotes, who is chair of Practice and Mental Health in the U’s College of Social Work, and director of Peace and Conflict Studies in the U’s College of Humanities. Derezotes, known to his students as “Dr. Dave,” received his doctorate from the University of California at Berkeley in 1989 and joined the University of Utah faculty that same year. Teaching and mentoring of students and practitioners is especially important to him. He strives to incorporate experiential learning in the classroom and community, and he recently began a Bridge Training Clinic site on Salt Lake City’s west side, in cooperation with University Neighborhood Partners, to help empower minority communities, including refugees. He also began a peer mentoring program in the College of Social Work about six years ago to train and support up to 15 graduate students who then become peer mentors for other students.