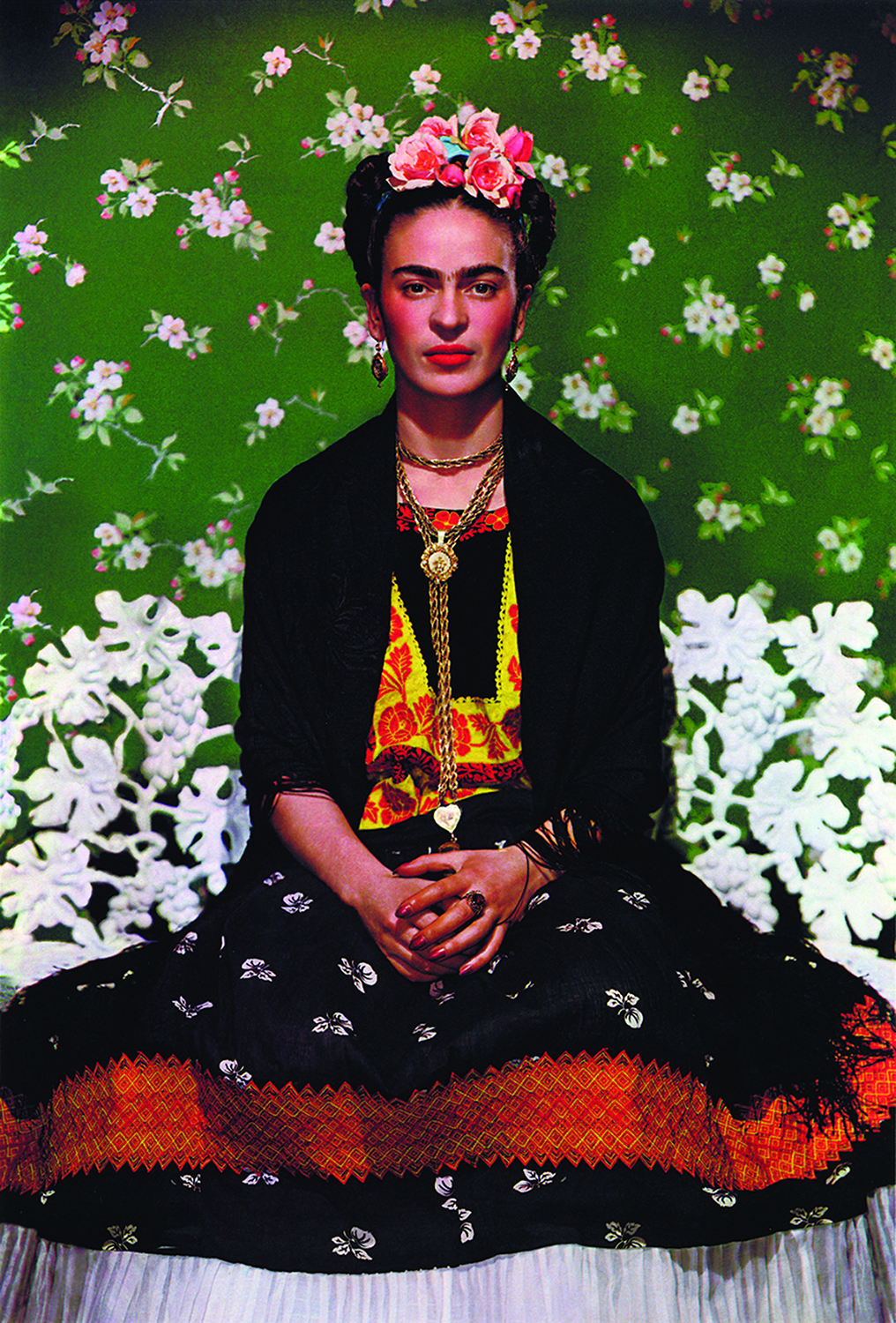 Sept. 21, 2005 — A suite of portraits of legendary artist Frida Kahlo (1907-1954) taken by her lover and famed photographer Nickolas Muray (1895-1965) are on exclusive view at the Utah Museum of Fine Arts (UMFA) from October 7, 2005 through May 14, 2006. Many of the works are on public display for the first time in the United States after a brief showing in Europe. The exhibition, “Her spirit is stranger than the angels: Frida Kahlo through the Lens of Nickolas Muray,” provides intimate insight into the lives of these two artists with 24 photographs, excerpts from letters between Kahlo and Muray, and select pre-Columbian objects from the UMFA’s collection similar to those seen with Kahlo in her portraits.

he exhibition is made possible through a generous loan by Muray’s daughter, Utah-resident Mimi Muray Levitt, who in 1993 stumbled across her father’s negatives while combing through a suitcase that had been in storage for a number of years. Levitt vaguely recalls a visit to Mexico in which she briefly met an ailing Kahlo. During her adolescence, Levitt was shown the love letters from Kahlo that her father had kept. But it wasn’t until years later when the negatives were discovered that the many layers of Muray’s relationship with Kahlo were fully understood.

“Nickolas Muray was able to capture and reveal the many complicated layers of Kahlo’s life: her ambivalent passion with Muray contrasted with her dependence and obsession with husband Diego Rivera,” states UMFA Curator Bernadette Brown. “Kahlo’s loyalty to her Mexican heritage and love for her native land are also manifested in the portraits.”

Born in Zseged, Hungary, on February 15, 1892, Nickolas Muray came to America in 1913 to continue his work as a trained photographer and to pursue his long-held ambition to become a champion fencer. In 1921, he opened his own studio in Greenwich Village and quickly gained fame for his work as one of the first photographers in the United States to produce color photographs using a new technique called carbro process.
His work became well known in America and was regularly seen in Harper’s Bazaar, Vanity Fair, McCall’s and The Ladies Home Journal and featured celebrities such as Marlene Dietrich, Clark Gable, Judy Garland, Dwight D. Eisenhower, Elizabeth Taylor and Marilyn Monroe.

Through a mutual friend, artist Miguel Covarrubias, Muray met Kahlo in
1931 and the two engaged in a passionate affair that lasted, off and on, over a decade and resulted in a number of portrait sittings.
Kahlo, who had become known for her self-portrait paintings, posed for Muray in a similar self-revealing manner. She is seen clothed in traditional Mexican tehuana dress with refined hairdos and carefully applied makeup, surrounded by items of personal significance such as Mexican folk art, flowers, pets, and loved ones.

In conjunction with this exhibition, the UMFA is pleased to present The Day of the Dead Celebration, Wednesday, November 2, 2005 from 5 to 8 pm. The event, which is FREE and open to the public, includes family art activities, music, food and dancing.

This exhibition and its companion public programs have been generously sponsored by the C. Comstock Clayton Foundation, The Lawrence T. Dee and Janet T. Dee Foundation, The George S. and Dolores Doré Eccles Foundation, Robert H. Rose/Morgan Stanley, and the Utah Office of Museum Services.

The Utah Museum of Fine Arts, Utah’s Passport to the World, is located on the University of Utah campus at 410 Campus Center Drive. The UMFA’s mission is to engage visitors in discovering meaningful connections with the artistic expressions of the world’s cultures. General admission is $4 adults, $2 seniors and youth ages 6-18, children 5 and under free, UMFA Members free. Museum hours are Tuesday – Friday: 10 a.m. – 5 p.m.; Wednesdays: 10 a.m. – 8 p.m.; Weekends: 11 a.m. – 5 p.m.; closed Mondays. For more information on programs and exhibitions, call (801) 581-7332 or visit www.umfa.utah.edu.