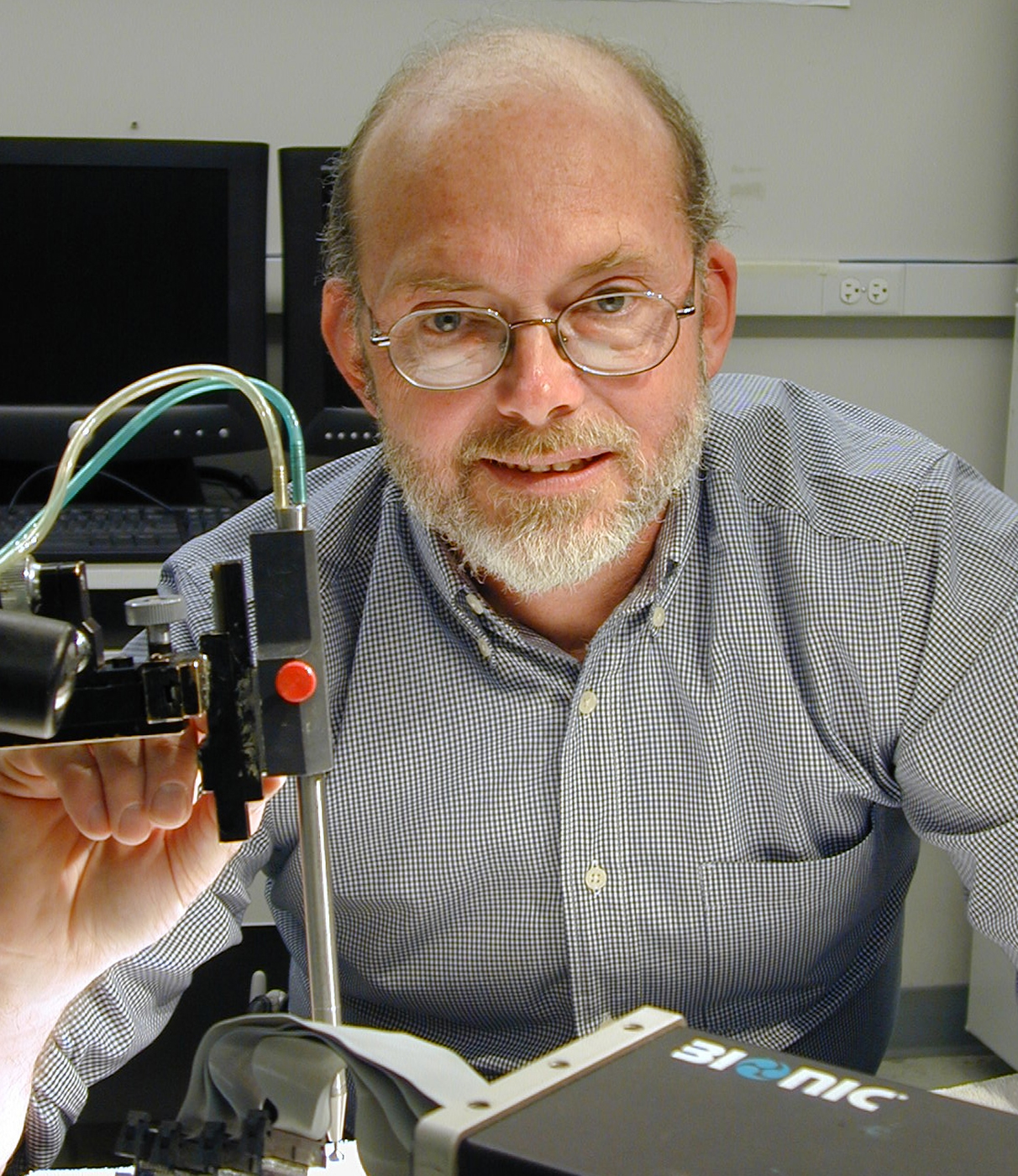 April 24, 2006 -University of Utah researchers will receive up to $10.3 million to help develop a new prosthetic arm that would work, feel and look like a real arm. The Utah work is a key part of a U.S. Department of Defense contract worth up to $55 million to develop the new device for soldiers and potentially others whose arms were amputated.

“Imagine an artificial arm that moves naturally in response to your thoughts, that allows you to feel both the outside world and your own movements, and that is as strong and graceful as an intact, biological limb,” says bioengineer Greg Clark, the University of Utah’s principal investigator on the project. “That”s what our researchers, teaming with others around the world, are setting out to achieve. … People’s arms and hands are not only tools, but also an important means by which they explore the world and interact with others. We hope to restore that capability.”

The research is part of the Revolutionizing Prosthetics 2009 project sponsored by the Defense Advanced Research Projects Agency. DARPA said in a news release that it wants to “revolutionize prosthetic devices for amputee soldiers. Over the next four years, researchers will create a mechanical arm that has the properties of a biological limb.”

Col. Geoff Ling, a physician and DARPA’s Revolutionizing Prosthetics program manager, said: “Although our war fighters suffer fewer fatalities, they still suffer horrible injuries. And today one of the most devastating battlefield injuries is loss of a limb.”

The Pentagon announced the project in February when it said it was awarding the Johns Hopkins University Applied Physics Laboratory $30.4 million over two years, with optional additional funding that could bring the total to $54.8 million over four years. The laboratory is subcontracting tasks to 28 other universities, labs, hospitals and companies.

Under a contract signed with the Applied Physics Laboratory last month, as much as 18 percent of the $54.8 million will come to the University of Utah, which will get up to $4.8 million for the first two years and $10.3 million over all four years. About a third of that amount will flow to second-tier subcontractors: Ripple LLC in Salt Lake City and two branches of Fraunhofer-Gesellschaft, Europe’s largest applied research organization.

The University’s Role in Creating a Better Artificial Arm

University of Utah researchers will focus on developing and testing a “peripheral nerve interface” – an implanted device that would relay nerve impulses from nerves in the residual limb to a small computer worn on a belt and then to the bionic arm. That would allow a person to move the artificial limb like a real one. Sensors in the artificial arm would send signals to the computer and on to the interface device, which would relay the signals to nerves in the remainder of the amputated arm and then to the brain, allowing the person using it to sense the arm’s motion and location, and to feel objects with the mechanical hand and fingers.

The neural interface device between the arm and the person wearing it would be implanted in what is left of the amputated arm or shoulder, and would send signals wirelessly to the artificial arm via the belt-pack computer. The interface device would use a modified Utah Electrode Array, a pill-sized device containing 100 tiny electrodes that was developed by University of Utah bioengineering Professor Richard Normann.

If the University of Utah interface device ultimately is chosen for the bionic arm, electrode arrays will be implanted in some or all of the four major nerves in the residual limbs of people with upper-arm amputations. Each of the 100 electrodes would selectively “listen” or “talk” to a small number of fibers in a nerve.

Researchers at other institutions, meanwhile, will develop the prosthetic arm itself and will study other kinds of neural interfaces that could operate the bionic arm, including a device implanted to receive signals from the brain instead of nerves in the residual limb.

After two years, project leaders at the Applied Physics Laboratory will decide which approach or approaches work best and deserve another two years of funding. The Utah team is focusing on implanting electrode arrays in nerves in the residual limb.

“The nerve is potentially an excellent site for communicating with the nervous system,” Clark says. “It’s like a private hotline to the muscle.”

He says a prototype of the bionic arm should be ready for testing in four years. It is not yet known if any Utah residents who lost arms will participate in clinical trials.

Existing prosthetic arms differ from the arm the university will help develop. Current models have limited movements, such as bending the elbow and wrist and opening and closing the hand, while the new arm will be capable of about 20 different movements, including moving fingers independently, says Clark.

Existing prosthetic arms typically are controlled by signals from an intact muscle, such as a shoulder shrug, so only one movement can occur at a time, he adds. “The new arm will take the signals that go to all the different arm muscles at once, and all the person has to do is think about natural movement and the arm will respond in a natural way. We’re basically listening in on what the nervous system would be telling the natural arm, and translating that into signals that will move the artificial arm in the same way.”

Finally, says Clark, “this new arm will provide sensory feedback to make the arm feel like a person’s own arm. Existing prosthetic arms are so hard to use, and feel so unnatural, that sometimes people just don’t use them. They put them on the closet shelf.”

How the Funding Will Work

The initial two-year phase of the University of Utah’s work will bring in up to $4.8 million. The second two-year phase could bring the total to $10.3 million, contingent on a successful first phase. Subcontractors sharing the grant are:

As principal investigator for the Utah part of the prosthetic arm program, Clark will oversee the project. He also will participate particularly in preclinical and human studies of the interface device with hand-and-arm surgeon Douglas T. Hutchinson, an associate professor of orthopaedics, and Nicholas Brown, a research assistant professor in orthopaedic surgery.

Clark says the fact the University of Utah was chosen for the project “is a testament to the high quality of research that has been conducted here, and to the expertise of the many investigators on the research team.”