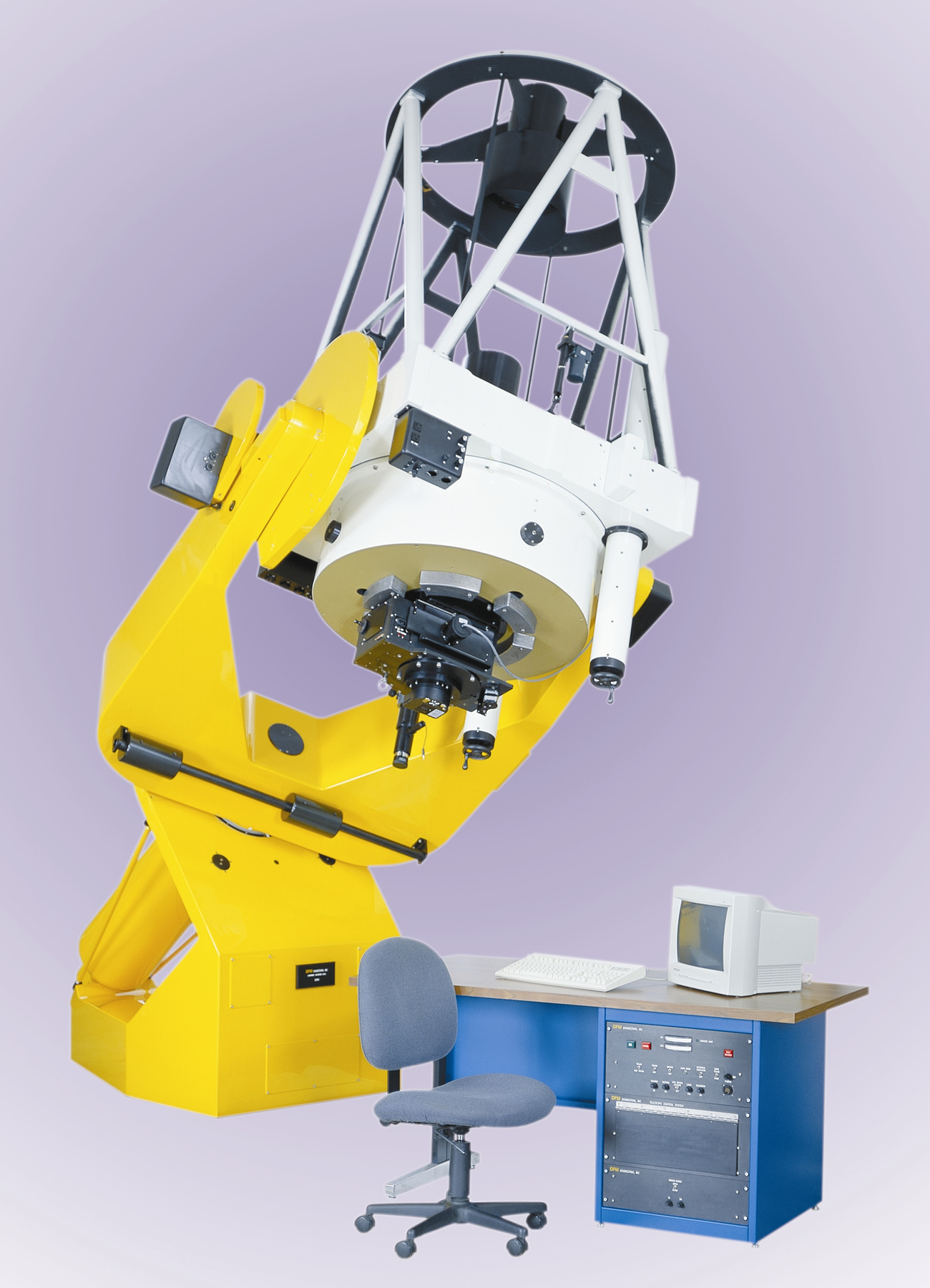 July 6, 2006 – The Willard L. Eccles Foundation donated $600,000 so the University of Utah can build a 32-inch, research-class, optical telescope in southern Utah. The project is part of an effort to establish a full-fledged astronomy program at the university and perhaps to create a high-altitude observatory that will attract other new telescopes to the state.

“We’re thrilled to be involved in basic research such as searching for the answers to why we are here, how we got to where we are and what”s going on with the universe,” says Stephen Eccles Denkers, the foundation’s executive director. “We’re very excited about that.”

The robotic reflecting telescope – which can be operated by remote control and programmed to make observations on its own – will be used not only for research and education, but to involve the public in star-gazing parties, astronomy camps and even dedicated observing time for high school, middle schools and community groups.

“As part of this effort, we are trying to bring science and technology and an interest in science to rural Utah, to southern Utah, which traditionally have not had as many opportunities as you have in northern Utah,” says Dave Kieda, a professor of physics and director of the Utah High Energy Astrophysics Institute.

The researchers hope to order the telescope this fall from a manufacturer, break ground during the spring of 2007, install the telescope in spring 2008, and then begin operation during summer 2008, says Wayne Springer, a University of Utah associate professor of physics who is spearheading the project.

Scientists hope to identify two or three possible sites for the reflecting telescope by the end of this summer, Springer says. They are seeking sites at 9,500 to 11,000 feet in elevation.

“We are still surveying for sites,” says Paolo Gondolo, an associate professor of physics. “For starters, we have five or six we have identified on paper.”

Possible sites include Boulder and Parker mountains on the Aquarius Plateau near Loa, Torrey and Boulder; a site near Escalante; Frisco Peak 20 miles west of Milford; and John’s Valley near Hatch. But Springer says: “We are in the beginning stages of site selection and are not limited to those areas. We are considering areas throughout southern Utah.”

Scientists still are discussing design of the small building to house the telescope, and whether it should have a roll-off roof, rotating dome or perhaps a building that rolls away.

“A very important purpose of this telescope is to be the seed for the site to become an international facility for observations,” Gondolo says.

The physicists’ online proposal for the new telescope says: “Additional telescopes will be attracted to the facility due to its large area, dark sky, excellent weather, high altitude and relatively centralized location within the United States.”

The planned telescope is part of the University of Utah Department of Physics’ Astronomy Initiative, which is an effort to become a Department of Physics and Astronomy that offers a full range of astronomy degrees, creates greater public involvement, develops research at astronomy’s frontier and draws more government and private funding.

The department will begin offering a minor in astronomy this fall, soon will provide a major, and hopes within a few years to set up master’s and doctoral programs in astronomy.

The new telescope “will greatly enhance the ability of our department to train graduate students in astronomy,” says the proposal for the telescope.

The Department of Physics has researchers in gamma ray astronomy and cosmic ray physics, and theoreticians who study black holes, dark matter and planet formation, but it lacks observational astronomers, Gondolo says.

Kieda says the Willard L. Eccles Foundation previously supported astronomy at the U., including an observational astronomy course using the observatory atop the university’s South Physics Building. The foundation awarded $88,000 in 2000 to upgrade the rooftop observatory, which now has 14-inch, 12-inch, 11-inch and four 10-inch optical telescopes; six CCDs to record images; a 10-foot radio telescope damaged by snow last winter; and a spectrograph that analyzes the intensity of light emitted by stars and galaxies.

The campus telescopes are fine for teaching and can see some deep-space objects, “but for research it’s not a good site because of the atmospheric distortions, light pollution from the city and a lot of cloudy conditions,” Kieda says. “That’s reason for the new observatory in southern Utah: a dark site, better weather, higher altitude and a more stable atmosphere.”

Denkers says the foundation was pleased how its earlier donations helped the growth and success of the physics department, so “we were thrilled when they brought us this proposal [for a southern Utah telescope]. We were tickled pink. … This is an opportunity for the university’s physics department and the University of Utah to really make a mark.”

Compared with great observatories, a 32-inch telescope is small. Yet Kieda says that with the same kind of optical telescope, astronomers have searched for asteroids that fly near Earth; mapped expansion of the universe by looking for distant exploding stars or supernovas; hunted Jupiter-sized planets orbiting other stars; observed active galactic nuclei, which are supermassive black holes at centers of galaxies; looked for optical counterparts of gamma ray bursts; and watched variable stars, which are used to map the distance scale of the universe.

Springer says the $600,000 donation will pay for the telescope, some additional equipment and the building to house the telescope.

“Additional funds for infrastructure – roads, power, communications, Internet – we are seeking from the university and state,” he says, noting those costs could be as much as $300,000 depending on the site picked for the telescope.

The Willard L. Eccles Foundation is named for the youngest son of Utah patriarch David Eccles. Willard Eccles ran the property division and advertising and public relations department of the family’s First Security Bank, which later was sold to Wells Fargo, Denkers says. The foundation was formed when Willard Eccles died in 1983. The foundation donates to nonprofit organizations in Utah, Idaho, Oregon, Colorado, Montana and California. Since 1986, the Willard L. Eccles Foundation has donated more than $12 million to the University of Utah and the university’s Health Sciences Center and Utah Museum of Natural History.

The somewhat dated proposal for the new telescope and observatory may be found by clicking here.