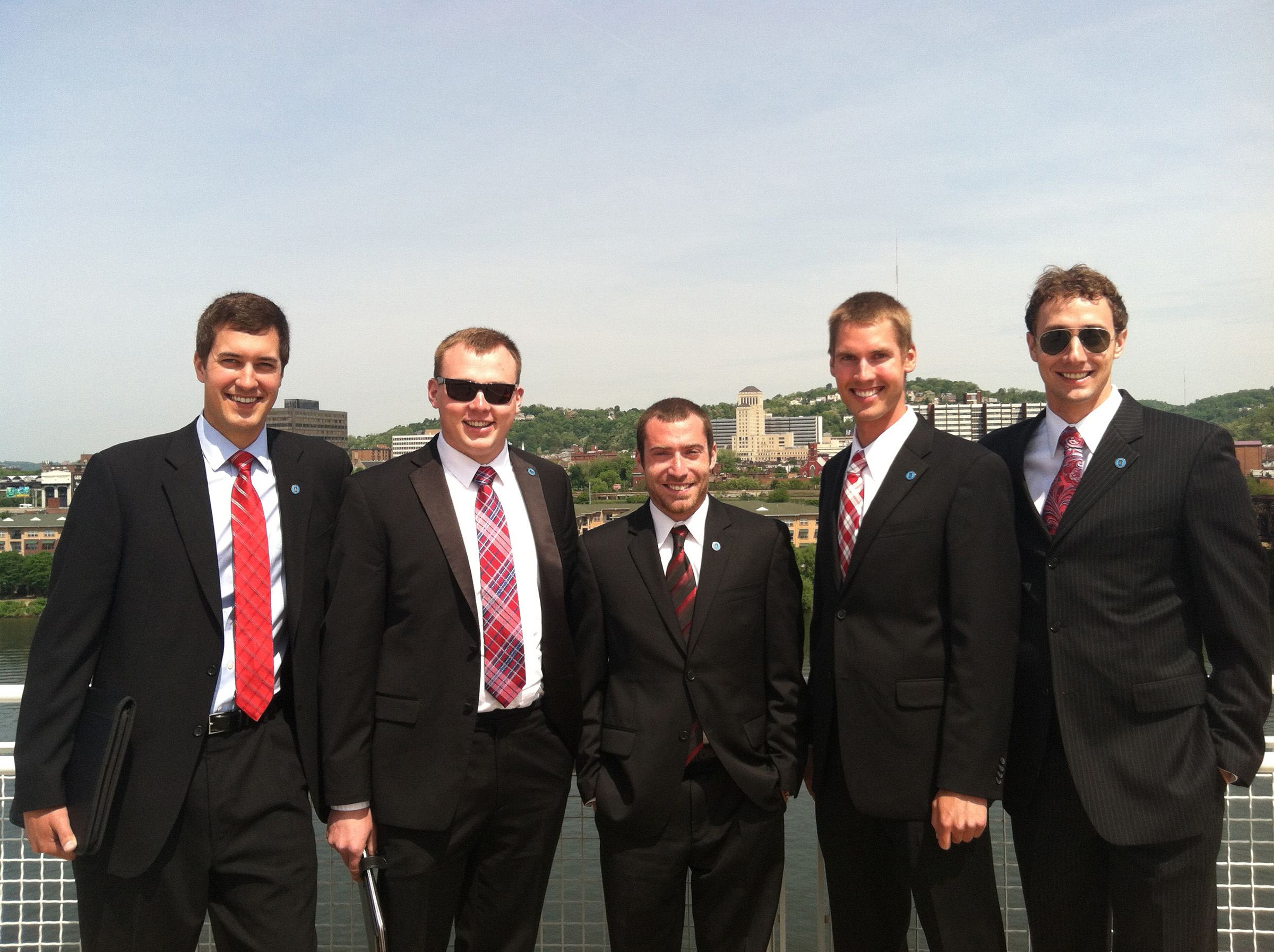 May 20, 2013 – A team of University of Utah geology and geophysics graduate students took the top prize – the Imperial Barrel Award – on May 19 in Pittsburgh during the American Association of Petroleum Geologists’ annual convention.

“This comes with major bragging rights — plus a $20,000 check,” says Cari Johnson, an associate professor and associate chair of geology and geophysics. “In the department’s very first try, we won.”

The five students on the winning U team are Mason Edwards, Marko Gorenc, Morgan Rosenberg, Tyler Szwarc and Alexandre Turner.

They were advised by Lauren Birgenheier and Lisa Stright, both assistant professors of geology and geophysics. Aksel Quintus-Bosz of Chevron and Matt Heumann of ConocoPhillips served as the team’s industry consultants.

“The team won the regional Rocky Mountain competition in Denver against seven other teams, which advanced them to the international finals in Pittsburgh,” says Birgenheier, who also is with the University of Utah Energy and Geoscience Institute. “This past weekend, they competed against 10 other teams  (five U.S. regional teams and five international teams).  They placed first in the final competition, beating University of Oklahoma.”

She says 107 teams with 535 students competed in the event. Each team had eight weeks to work up and present a detailed assessment of a parcel’s potential for hydrocarbon production using real seismic-imaging and well data, in this case from Australia’s Cooper-Eromanga Basin. The teams each made a 25-minute presentation to a panel of judges on their technical recommendations, followed by a question-and-answer session.