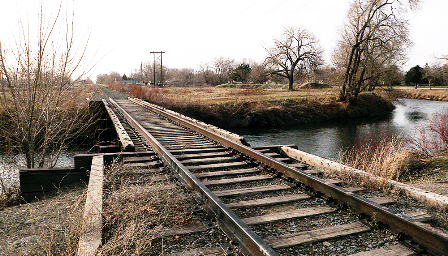 June 30, 2011- Have you ever looked at an old abandoned building or rusted out relic and thought to yourself, “It would be so neat to bring that back to life and make it useful again?”  That is exactly what a team of university students is doing in Salt Lake City, Utah.

Students from the University of Utah’s (the U) Salt Lake City Workshop, led by Nan Ellin, chair of the school’s Department of City and Metropolitan Planning, are working with residents, community organizations and city officials to convert a neglected rail corridor into a new urban amenity.

Inspired by the success of New York City’s High Line, the student team proposed the 9 Line, a new linear park and urban trail following the abandoned rail corridor along 900 South and linking with a new bike lane as it moves east. The 9 Line will provide a major pedestrian/bicycle link, connecting the Poplar Grove and Glendale neighborhoods on Salt Lake City’s west side with neighborhoods on the east side.

The city has purchased the land along a major portion of the rail corridor and recently approved allocating $700,000 to pave an asphalt trail from Redwood Road to 600 West (about two miles) this summer. This trail will be integrated into the city’s trails master plan to provide a network of pedestrian and bicycle connections throughout the 110-square-mile city.

According to graduate planning student and project leader Sean Morgan, “The 9 Line represents a great opportunity to catalyze a process of economic revitalization on the west side of Salt Lake. It’s all about connections—physically connecting different parts of the city, as well as connecting people and ideas. This is a process of inspiring future visions for our city. It’s about engaging city officials, community leaders and citizens within each district to get involved and determine what is needed and desired within their communities.”

To animate this linear park, the students have identified a number of potential opportunities along the route. Some initial ideas include neighborhood parks, playgrounds, fitness stations, an amphitheatre, community gardens, bike parks, kayak and bike rentals at the Jordan River, “track shacks” (small kiosks serving refreshments), aviaries, sound gardens and small commercial hubs.  “The 9 Line will have a distinct identity, reflected in the design of its spaces, signage and street furniture that speak to its historical use as a rail line,” Morgan concludes.

The team is currently working with Salt Lake City’s Department of Community and Economic Development and Department of Transportation to discuss how to further their work and turn their vision into a reality.  For more information, visit the project website at http://slcworkshop.com, or contact Nan Ellin at nan.ellin@utah.edu.

ABOUT CITY AND METROPOLITAN PLANNING:

The Department of City and Metropolitan Planning is part of the College of Architecture + Planning (CA+P) at the University of Utah. CA+P facilitates an educational community of students, faculty and staff with interests and expertise in creative design, building, planning, computer technology, issues of social and ecological responsibility, and the scholarly study of the history and theory of the built landscape.  CA+P educates future professionals who are concerned with constructing and maintaining the highest quality in our built and natural environments.