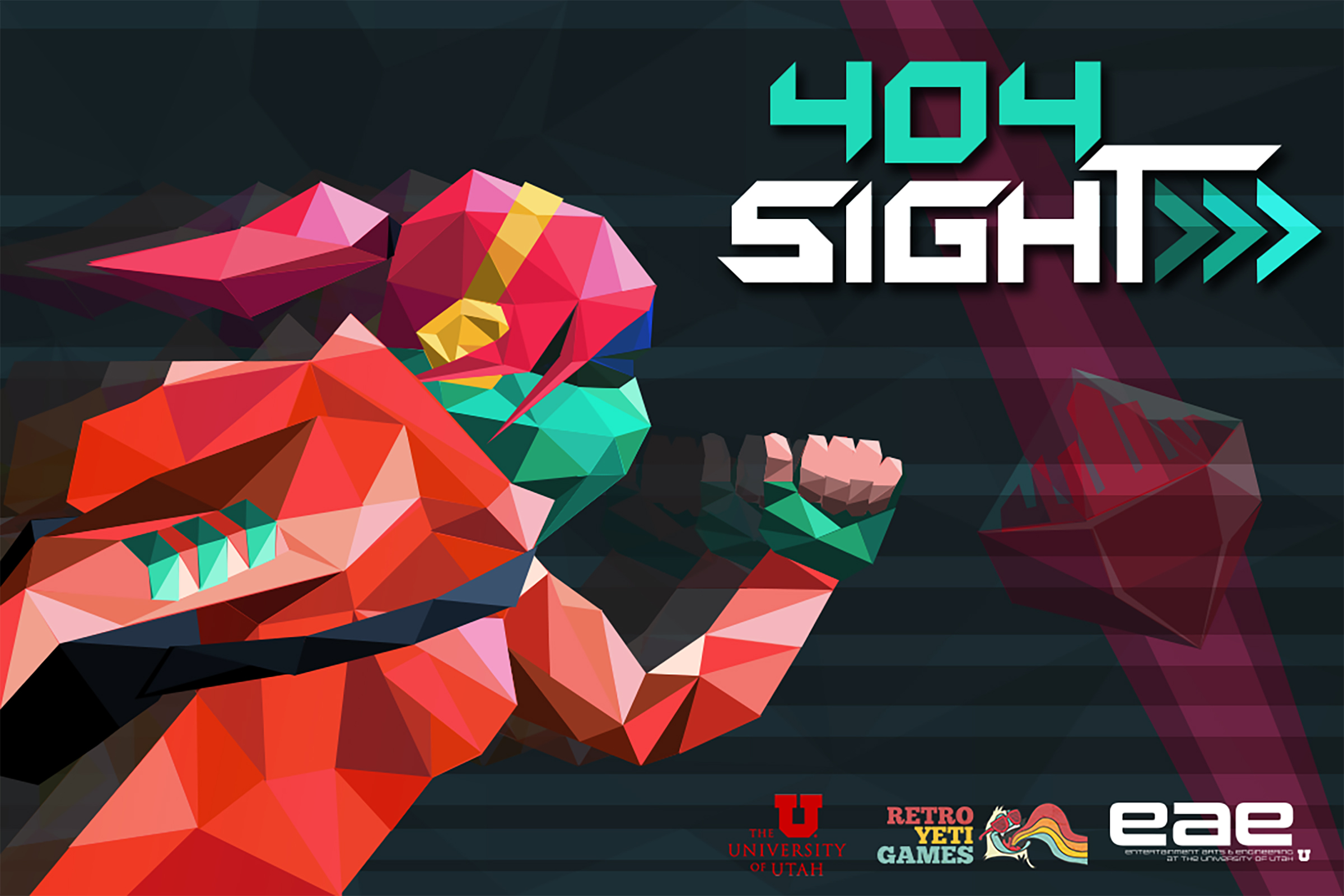 April 21, 2015– A group of University of Utah graduate students have released their first video game “404Sight” for Windows desktop PCs.

“404Sight” is a free-to play action game created as a statement about protecting net neutrality, a controversial piece of legislation that prevents Internet service providers from slowing or restricting access to the Internet. The game is a 3-D playground where the player must use their ping ability to reveal hidden fast and slow lanes. The Internet service providers actively try to impede progress through the game. In “404sight,” the player attempts to traverse the levels as quickly as possible without getting throttled. “404Sight” recently received $13,000 from Epic Games from their Unreal Development Grant program.

The graduate students are part of the U’s Entertainment Arts and Engineering program that was recently ranked the No. 1 game development graduate program in the country by The Princeton Review. The team consists of artists, engineers, designers and producers who have been working on the game since January 2014.

Availability and system requirements: 404Sight is available on STEAM for free. There are no micro-transactions or paid downloadable content. It will require Windows 7/8, an Intel Core 2 Quad CPU Q6600 processor, 4 GB RAM, an Nvidia GTX 470 graphics card and 2 GB available hard drive space.