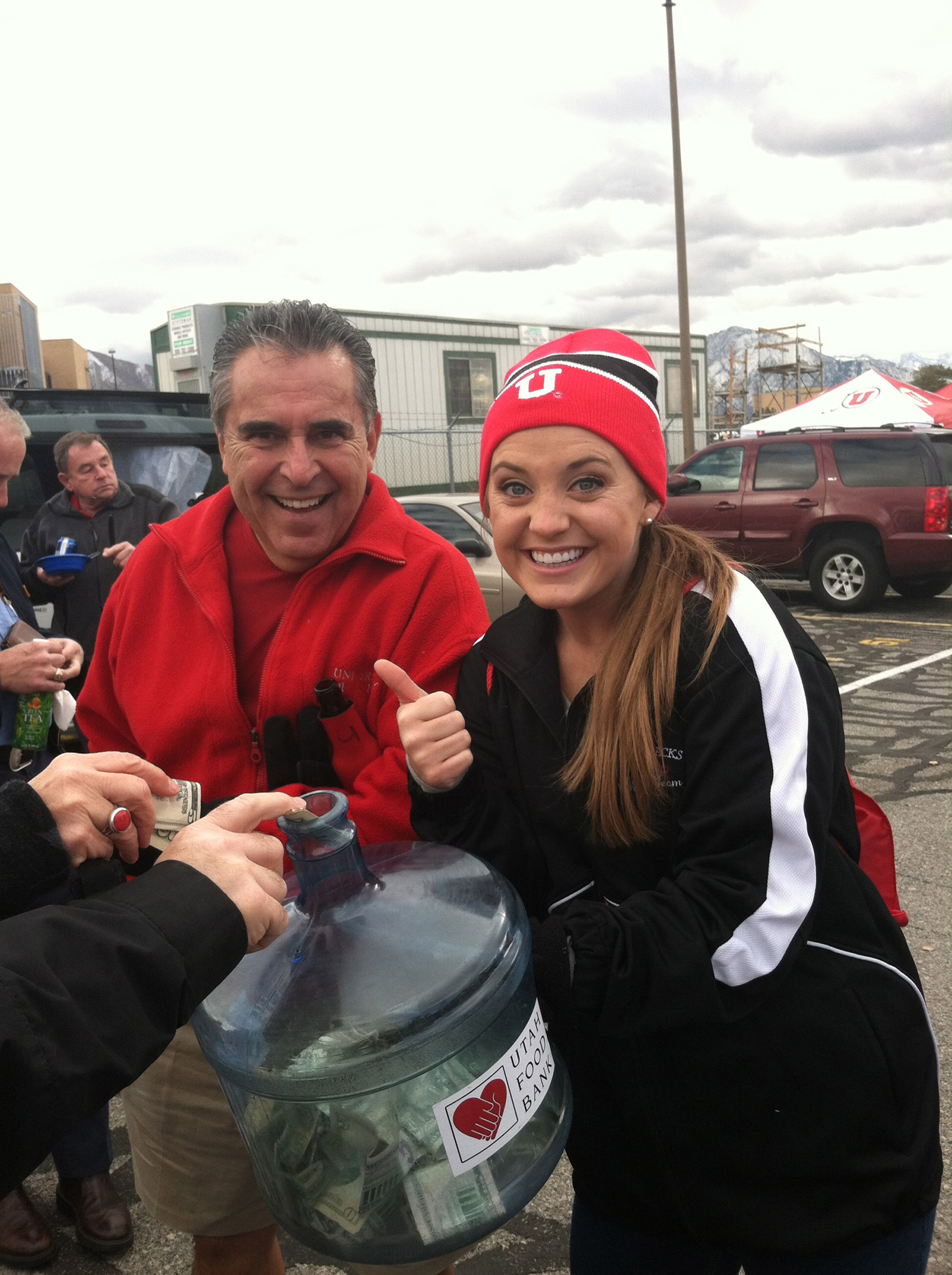 The food drive ran Nov. 12 – 25. This was the first year that the Utah vs. BYU rivalry football game did not coincide with the annual food drive effort. The U Alumni Association Community Service Committee, Student Alumni Board, The MUSS Board, the Associated Students of the University of Utah and other volunteers began organizing in mid-summer. By October, both schools were experiencing the unfortunate impact of the rivalry game change. Participation levels and sponsorships from Utah businesses and schools were less than half of what they had been in previous years.

“We did a reality check a few weeks before the food drive and realized that despite difficulties, we’d go back to the food drive basics by promoting school spirit, beating BYU and providing hope,” says John Fackler the U Alumni Association’s director of business and outreach. Determined U students, alumni and fans redoubled their commitment to the cause. They rallied community participation and support from 30 local elementary, junior and high schools; nine local grocery stores (Dan’s, Smith’s, Harmons, Fresh Market); and from fans outside of Rice-Eccles Stadium before the Colorado vs. Utah game on Nov. 25. Additionally, food donations were collected at 15 different locations across the U campus, and block U’s were sold at Gold’s Gym locations, Utah Red Zone store locations and numerous other businesses.

“The increase is directly attributable to the University of Utah community not being willing to let someone go hungry simply because there wasn’t a rivalry week football game,” says Fackler.