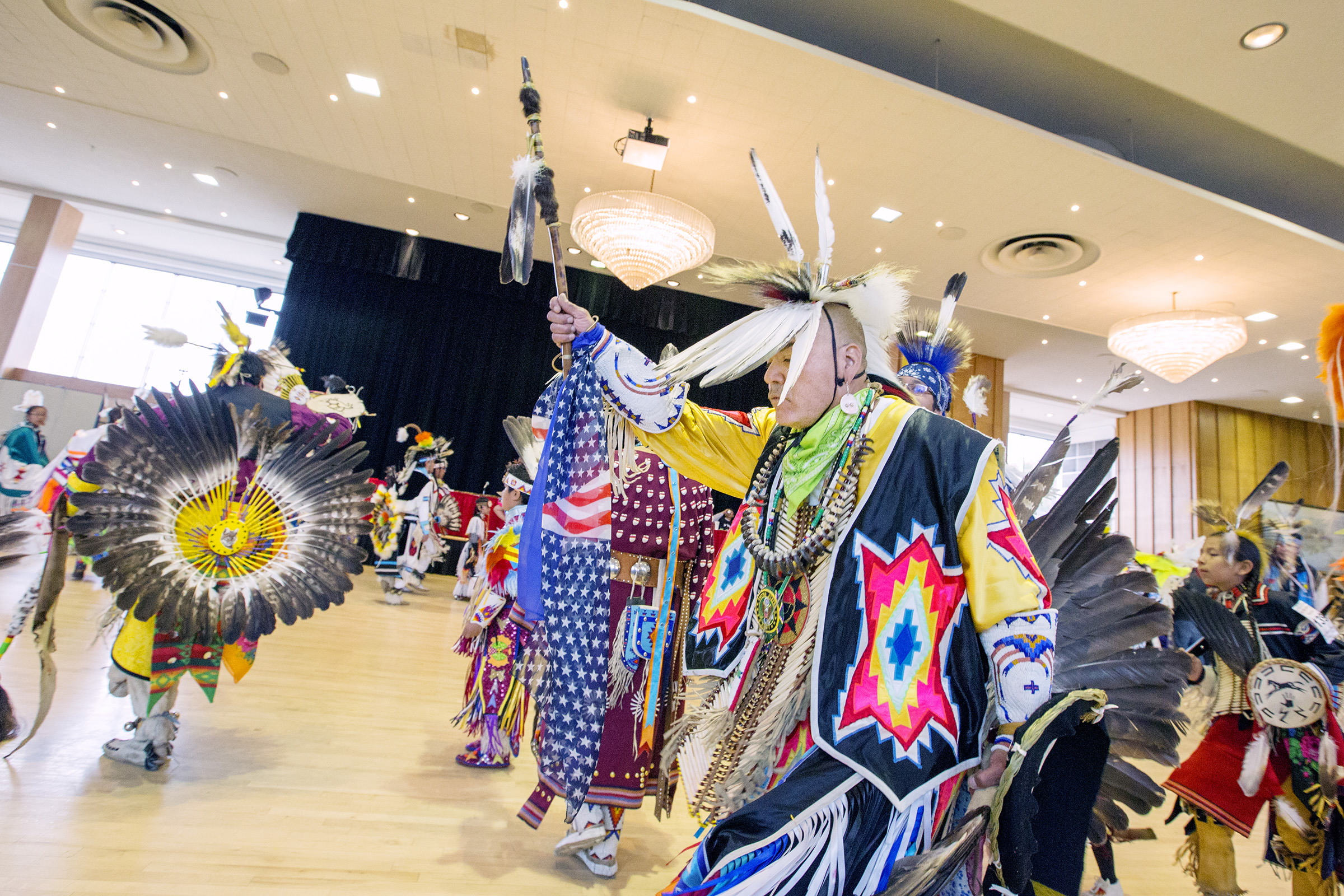 April 6, 2015 – The University of Utah’s Inter-Tribal Student Association presents the 43rd annual Sustaining our Culture Powwow beginning with the Grand Entry, April 10 at 7 p.m. and two entries on April 11 at 11 a.m. and 6 p.m. in the Union Ballroom. The ceremonial Grand Entry is a cultural and spiritual tradition where a parade of participants enters the dance circle hosted by northern and southern drummers. This year’s northern host drum is North Bear, a celebrated drum group from the Wind River Reservation in Wyoming. Grayhawk, a local Utah group will perform the southern host drum.

“The Sustaining our Culture Powwow is just that, a time for American Indian/Alaskan Native students, faculty and staff to come together and promote appropriate representation of their culture on campus,” said Nathan Begaye, chair for the Powwow planning committee at the U. “This is also an opportunity for the Inter-Tribal Student Association to engage and connect with the larger American Indian/Alaskan Native community in the Wasatch Front.”

The term “powwow” originates from a Narragansett word, pau wau. It became an instrumental platform for passing down knowledge such as language, song, dance and medicine. Today, the powwow at the U is an opportunity for tribal members throughout the Intermountain West and others to meet to honor the cultural and religious practices of the American Indian community. Although the Powwow is free and open to the public, the organizers encourage attendees to be mindful, respectful and adhere to proper powwow etiquette detailed here.

Events for the Powwow include:

Miss American Indian Woman Scholar serves as an ambassador and representative for U students at various community gatherings and events. Last year’s recipient, Paige Benally a senior at the U, was recognized for her work in health promotion and education at the College of Health. This year the pageant will again recognize an individual who has committed time and energy in promoting academic excellence and creating awareness of the American Indian Culture.

Hosted by the Inter-Tribal Student Association, the Native American High School Conference provides an opportunity to bring American Indian/Alaska Native students from various tribes in Utah to the U campus. A keynote address will be given by Sheldon Spotted Elk, director for Indian Child Welfare and Lamar Spotted Elk, assistant principal for Jackson Elementary. Both speakers will discuss the importance of higher education and exceeding the expectations placed on American Indian/Alaska Native high school students in today’s society.

For more information on the Powwow at the University of Utah, click here.