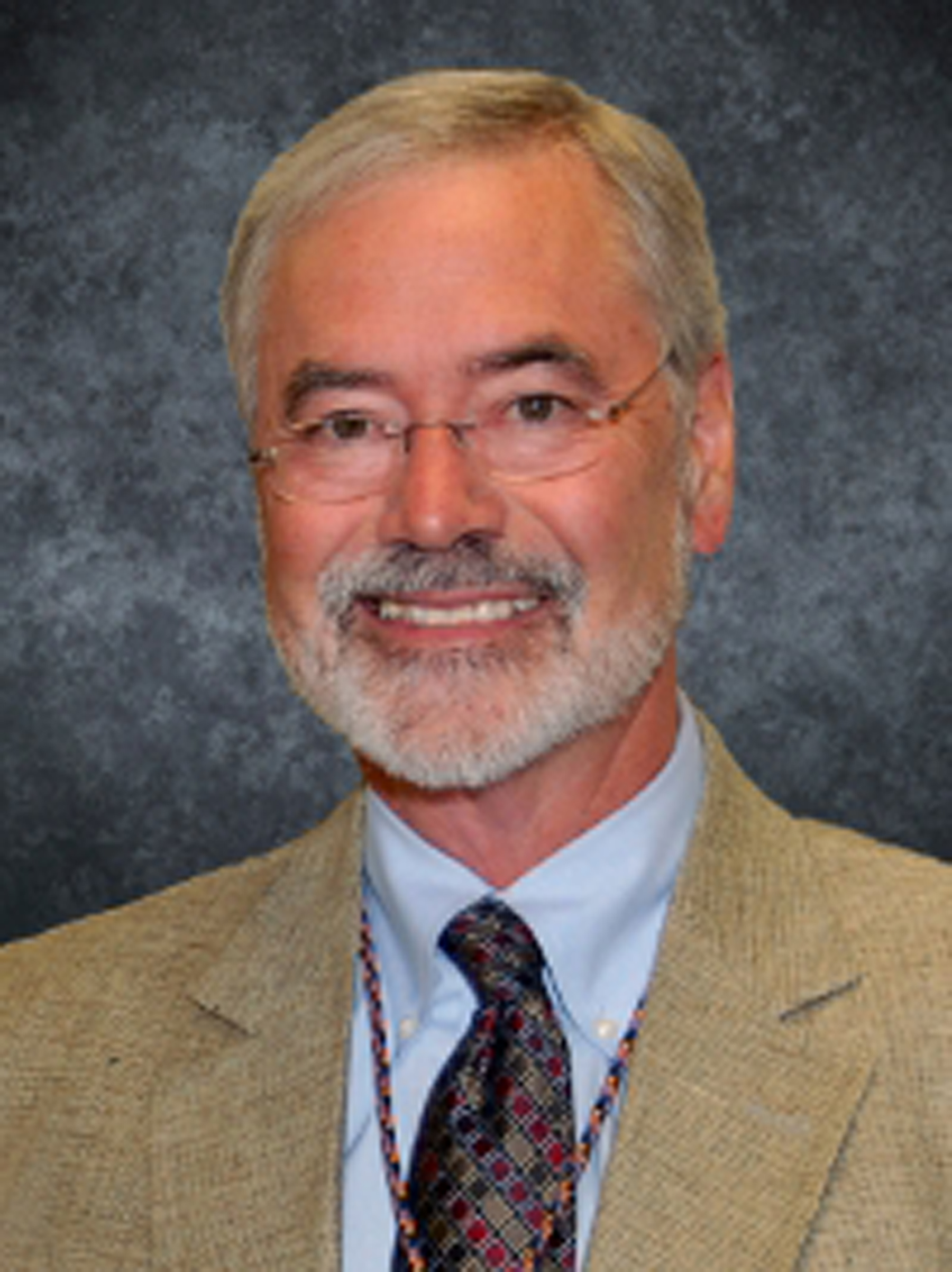 March 13, 2012 – The University of Utah Board of Trustees today announced that five individuals have been chosen to receive the university’s highest honor—the honorary doctorate degree. The awards will be presented at the annual commencement ceremonies held on Friday, May 4, 2012, in the Jon M. Huntsman Center.

“Honorary degrees are awarded by the university to those who have achieved unusual distinction in academic pursuits, in the arts, in the professions, in business, in government, in civic affairs or in service to the university,” says Keven Rowe, chair of the Board of Trustees’ honors committee. “We are proud to recognize the honorees for 2012, who exemplify in every way the high levels of dedication and achievement that the degree confers.”

A. Lorris Betz will be given a Doctorate of Science. Dr. Betz joined the university in 1999 as senior vice president for health sciences, dean of the School of Medicine and chief executive officer of the University of Utah Health System. In February 2012, Utah Business Magazine named Dr. Betz one of the 100 Most Influential People in Utah, noting that during his time at the helm, “the university has opened or drastically remodeled 12 major facilities for education, research or clinical practice [and] the health sciences budget more than doubled to over $2 billion.” He has served—twice—as interim president of the university, most recently from May 2011 to March 2012. Dr. Betz began his distinguished science and medical career at the University of Wisconsin, earning both Ph.D. and M.D. He completed a pediatric residency at the University of California, San Francisco and joined the faculty of the University of Michigan in 1979 in pediatrics and neurology. His research has focused on the physiology of the blood-brain barrier and the biochemical mechanisms that lead to brain injury in stroke, and he has published over 150 scientific papers. Throughout his career, he has served on a host of boards and received awards ranging from the Utah Governor’s Medal for Science and Technology in 2004, to the Utah Hospital Association Distinguished Service to Health Care Award in 2010. He has been married to Ann for 43 years; they have two grown children and four grandchildren. They hope soon to revisit plans to retire that were put on hold in 2011.

H. David Burton will receive a Doctorate in Business.  Bishop Burton received a bachelor’s degree in economics from the university in 1967 and has invested over four decades in Utah as a dedicated civic leader, financial steward and community builder.  He has also helped to create a better university for future generations of learners, acknowledging that education is the cornerstone of a thriving, successful community.  He is currently Presiding Bishop of The Church of Jesus Christ of Latter-day Saints with responsibility for a significant portion of the faith’s financial investments and business affairs around the world.  Bishop Burton has been involved in the construction and maintenance of Church meetinghouses and temples in many countries.  He has also been a part of numerous commercial projects including the City Creek development in downtown Salt Lake City.  Bishop Burton has been active in community affairs, having served on many not-for-profit boards of directors.  He earned an MBA from the University of Michigan and held positions in finance with Kennecott Copper Corporation and the Utah State Tax Commission prior to starting his career with the LDS Church in 1977.  Bishop Burton is a native of Salt Lake City, and he and his wife, Barbara, are the parents of five children and have twenty grandchildren.

Wataru “Wat” Misaka will receive a Doctorate of Humane Letters. Misaka is known for many “firsts.” He was the first basketball player of Asian descent and the first non-white person to play in the National Basketball Association. In 1947, he was drafted in the first round as the New York Knicks first-ever collegiate draft pick. (One could even call him the first Jeremy Lin.) However, he might also be recognized for his longevity. “Wat” was not only a star player in high school, at Weber Jr. College, for the University of Utah (which won the 1944 NCAA tournament and 1947 NIT Championship) and in the NBA, he also served in the Military Intelligence Service during World War II in the occupation of Japan. After his time with the Knicks, he was offered a chance to play for the Harlem Globetrotters, but instead returned to the University of Utah to complete his engineering degree. He received a bachelor’s degree in mechanical engineering in 1948, went on to become a successful engineer, and until recently consulted for a circuit-board business in Salt Lake. He and his wife Katie, parents of two grown children, will celebrate their 60th wedding anniversary this year. And although he has spent much of his life shying away from the limelight, his multifaceted story continues to intrigue and inspire. In 2009, he was recognized in a White House ceremony by President Barack Obama who had learned of his outstanding achievements, and in 2010 was featured in a documentary entitled “Transcending: The Wat Misaka Story.” The continuing interest in his attainments demonstrates that firsts are often long-lasting, as well as inspirational.

Jerilyn McIntyre will receive a Doctorate of Education. Although Central Washington University recently named its music building after Jerilyn S. McIntyre to recognize her many achievements as its first woman president, Dr. McIntyre first left her mark of distinction at the University of Utah. From 1977 to 2000, she served the university on the faculty as professor of communication, and in the administration as vice president for academic affairs, and twice as interim president. She was applauded in 1997 by the Board of Regents for her service as interim president for “making difficult internal decisions quickly and soundly, leading the institution toward semester conversion, and enhancing an environment of trust and collaboration … in the President’s Office.” Notably, she was the first woman to hold those administrative positions at the university. She serves the university still through the advisory boards of the Marriott Library and the Tanner Center for Nonviolent Human Rights Advocacy. Through the years, her contributions to the larger community have been felt from serving on boards ranging from the Salt Lake Convention & Visitors Bureau to the Huntsman Cancer Foundation to the First Interstate Bank of Utah. Arts organizations, civic clubs and educational institutions alike have benefited from McIntyre’s leadership, community involvement and tireless efforts to expand educational opportunities for citizens. Now retired, she and husband W. David Smith—a U alum (BS philosophy ’66)—continue to seek ways to share their experience and expertise with community.

Beverley Taylor Sorenson will receive a Doctorate of Fine Arts. In 1945, Sorensen received a bachelor’s degree in elementary education from the university, and she has never stopped teaching—particularly about the value of the arts in education. The generosity of Sorenson and her late husband James LeVoy Sorensen is felt throughout the state and across the university campus—most recently with the completion of the James L. Sorenson Molecular Biotechnology Building: A USTAR Innovation Center. But in the mid-1990s, Sorenson focused her attention squarely on arts in the schools. Her perspective has been described as “a fierce determination that every child in every school in Utah should have the chance to learn the arts and learn through the arts by integrating them into the core academic curriculum.” Her name is now synonymous with that mission. In 1995 she founded Art Works for Kids, a teaching model that integrates arts into core subjects to improve learning for elementary school students. Then in 2008, the state legislature honored Sorenson and her efforts by renaming the model the Beverley Taylor Sorenson Arts Learning Program, and directing approximately $16 million towards putting the integrated arts program into more than 50 elementary schools across the state. Another visible reminder of her mission and largess is under construction on the university campus: the Beverley Taylor Sorenson Arts and Education Complex. Among other programs, it will house the Center for Integrating Arts into Academic Learning, an interdisciplinary project of education and fine arts, and permanently synthesizing her two passions.