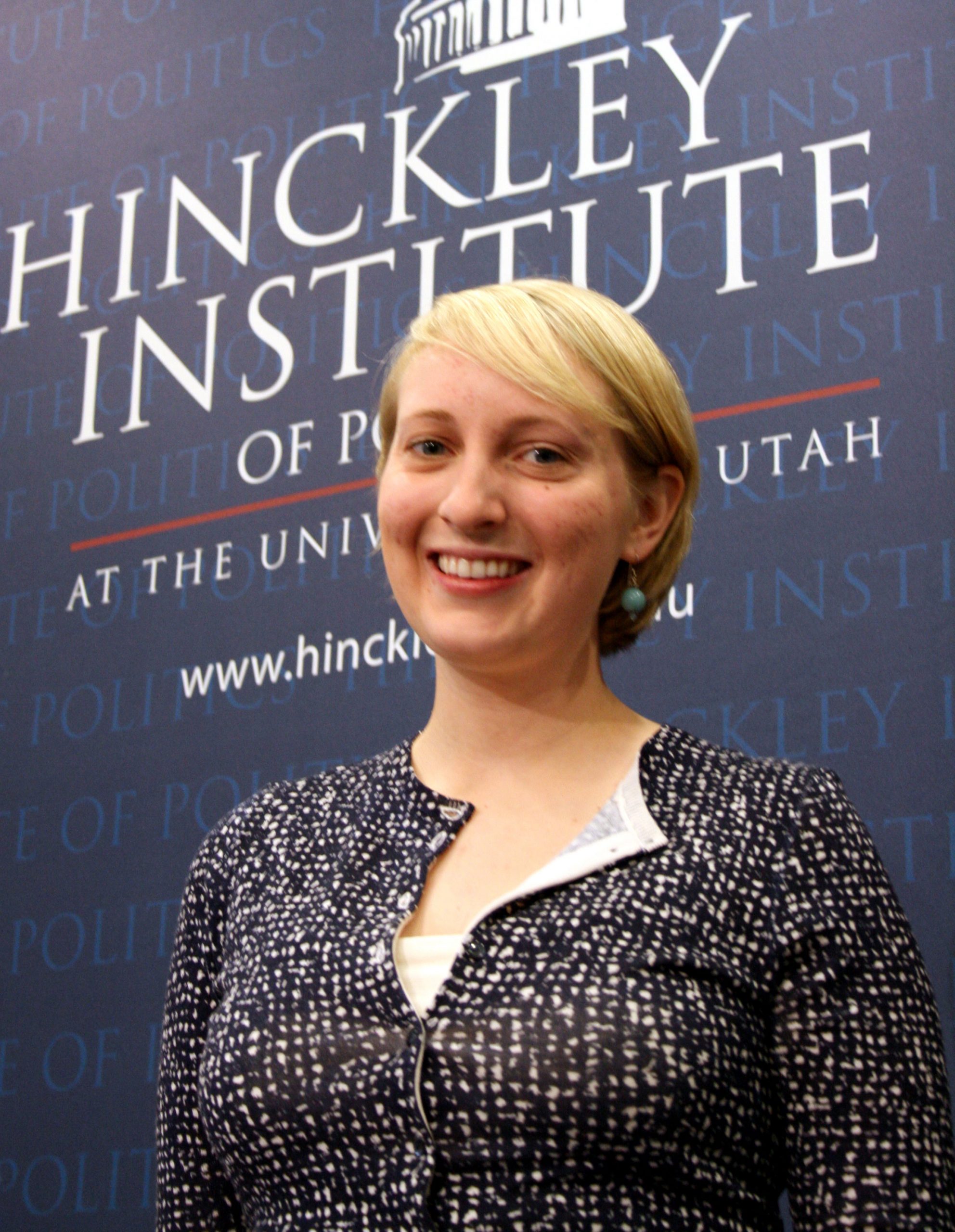 March 26, 2008 – Secretary Madeleine K. Albright, president of the Harry S. Truman Scholarship Foundation, announced  the University of Utah’s Ingrid Price as one of 65 students selected from 283 U.S. colleges and universities as a 2008 Truman Scholar.

Price is the second straight Truman Scholar at the University of Utah, but one of only four Truman Scholars selected from a Utah university in the past ten years. Working toward honors degrees in political science and international studies, she will graduate in May 2009.  She speaks Norwegian fluently and has studied Arabic, French and Latin. She completed a Hinckley Internship with the U.S. State Department at NATO in Brussels, Belgium, in the fall of 2007 where her work focused on the missile defense program in the Czech Republic and Poland.

“This is both an extraordinary honor and a remarkable tribute to the accomplishments of the Hinckley Institute of Politics and to Ingrid Price,” University of Utah President Michael Young says. “The Truman Scholarship is exceptionally competitive and selective, and honors the finest students in our nation for their outstanding academic achievement, community leadership, and commitment to public service. Ingrid’s achievements make her a very worthy recipient of this prestigious award, as well as a great example of the caliber of students attending the University of Utah.”

Kirk Jowers, director of the Hinckley Institute, who received the Truman Scholarship while a University of Utah student in 1990 said: “Ingrid is an incredibly gifted student who serves for all of the right reasons.  She has a tremendous work ethic, brilliant mind, and absolute integrity.  Ingrid honors the Hinckley Institute, University of Utah, and Truman Scholarship with this most deserved selection.”

Recipients must be U.S. citizens, have outstanding leadership potential and communication skills, be in the top quarter of their class, and be committed to careers in government or the not-for-profit sector.

The Truman Scholarship Foundation was established by Congress in 1975 as the federal memorial to the thirty-third president, Harry S. Truman. The foundation awards scholarships for college students to attend graduate school in preparation for careers in government or elsewhere in public service.

Commenting on her selection, Price remarked, “I am honored to be selected for a scholarship that so explicitly recognizes the importance of public service. It is a tribute to my brothers, serving in the military, both of whom have set examples of public service.”

Price is one of 65 scholars selected from among 595 candidates nominated by 283 colleges and universities. Each year, more than 3,000 students across the nation apply for the Truman Scholarship at their respective universities.  Each university is allowed to nominate up to three students from their university.  Selection panels interview finalists from a three to four state region and generally elect one scholar from each state and one or two at-large scholars from the region.  Each panel typically includes a university president, a federal judge, a distinguished public servant, and past Truman Scholarship winners.

The 2008 Truman Scholars will assemble May 13 for a week-long leadership development program at William Jewell College in Liberty, Missouri, and receive their awards in a special ceremony at the Truman Library in Independence, Missouri, on May 18, 2008.

For a listing of the 2008 Scholars and more information on the foundation, see http://www.truman.gov/.