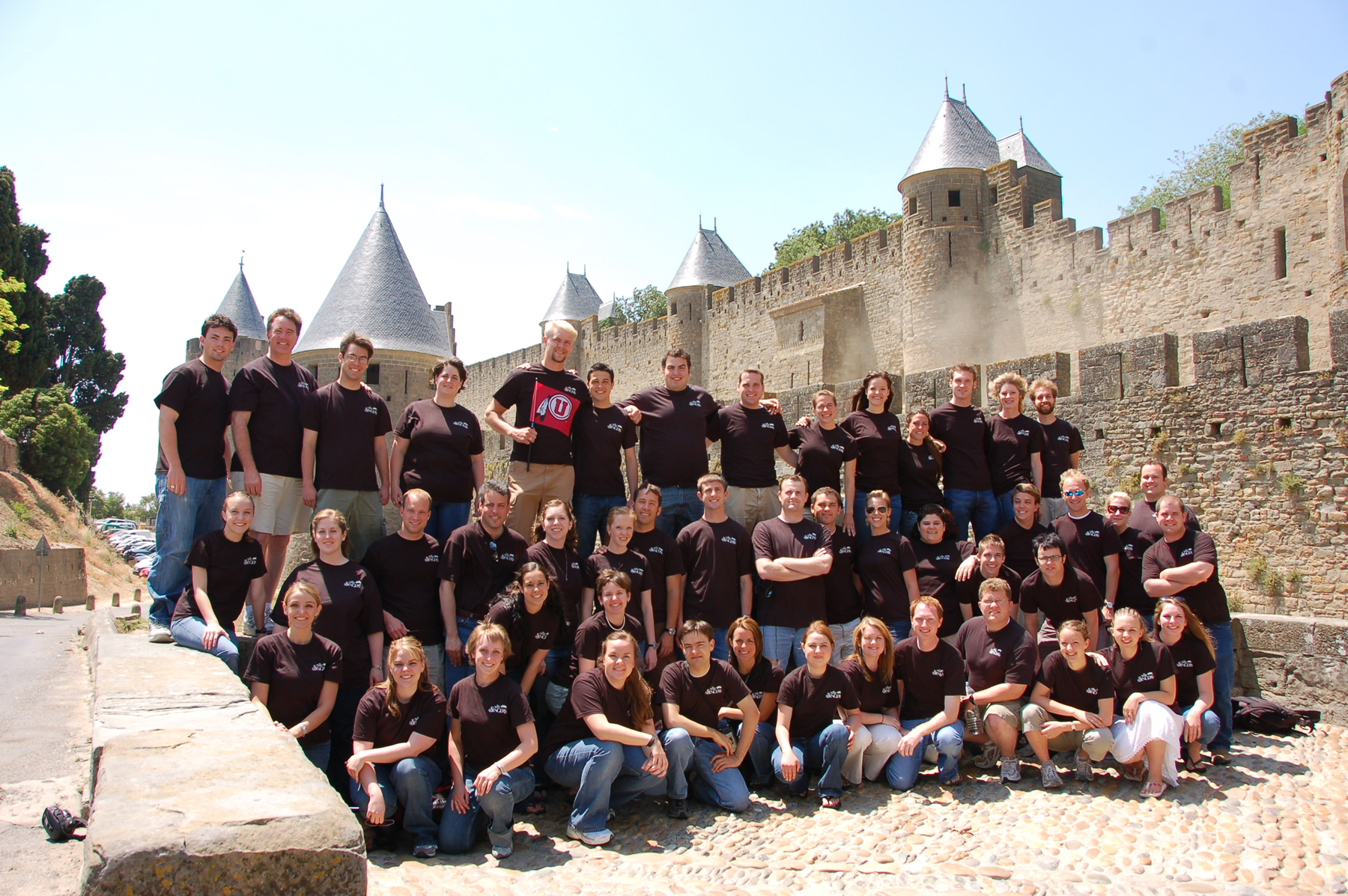 June 21, 2006 — The University of Utah Singers, the elite choral ensemble of the University’s School of Music, has been awarded the 18th European Grand Prix for Choral Singing for 2006, held in Tolosa, Spain. The announcement was made last Saturday night, following performances by competition contenders and the University Singers, a mixed choir comprised of 47 University students under the direction of Brady Allred.

“We are all so very proud of our University of Utah Singers and their conductor Brady Allred, who represent the best and the brightest in the School of Music,” notes Robert Walzel, director of the U’s School of Music. “They honor us all with this wonderful accomplishment.”

The University Singers return to Salt Lake City tomorrow evening, after a month-long concert and sightseeing tour through France and Spain, during which they gave 20 performances. Prior to last Saturday’s Grand Prix competition and throughout the tour, the University Singers rehearsed competition repertoire, polished technical requirements and practiced effectively conveying the text of the songs.

The University Singers were the first of the four choirs to perform in the competition, during which they used 21 of the maximum 23 minutes, performing pieces required to adequately represent the Renaissance, Romantic and Contemporary periods of music. Featured repertoire included “Ave Maria,” by Javier Busto, who was invited to be on the jury after competition repertoire had been submitted; “Cloudburst,” by Eric Whitacre; and “Psalm XCVI,” by Utah composer Merrill Bradshaw.

Allred says following the announcement of the competition results, “Javier Busto spoke to me and, through a translator, said ‘There are very many good choirs that sing with technical accuracy. But your choir sings with great feeling and emotion. The jury felt it and the audience felt it-and that’s what made your choir rise above the others.'”

University Singers member Kerrin Gates, a music education student, notes, “We worked so hard at getting all the notes, rhythms, phrasing and dynamics, adding facial expression and personal intent to our performance of every song so that we could give a gift of ourselves and of music to everyone we performed for.” She says the weeks of performing prior to the competition were invaluable in “molding the choir into an ensemble of professional proportions.”

Erica “Crica” Collins, a music major and second-year member of University Singers, reports that when the Grand Prix winner was announced in Spanish and choir members understood they had won, they laughed, cried and hugged. The University Singers were then invited to return to the stage, where they joined hands and sang If Music Be the Food of Love, by David Dickau.

Mel Young, father of University Singer Daniel Young, who recently graduated from the U in Japanese, with a minor in business, calls Allred “an incredible conductor, with just the right amount of discipline, skill and tact to make it fun for everyone.”

Members of University Singers must pass a rigorous audition and are expected to learn diverse and extensive repertoire-from sacred to classical to American folk music. About half of choir members are music majors.

The choir has recorded four compact disks (CDs) in the last three years-“i thank You God for most this amazing day,” “Christmas Morn,” “Jubilant Song” and “Home on the Range.” Additional information on the University Singers is available at http://www.uofusingers.org/ or by calling 801-587-9377.