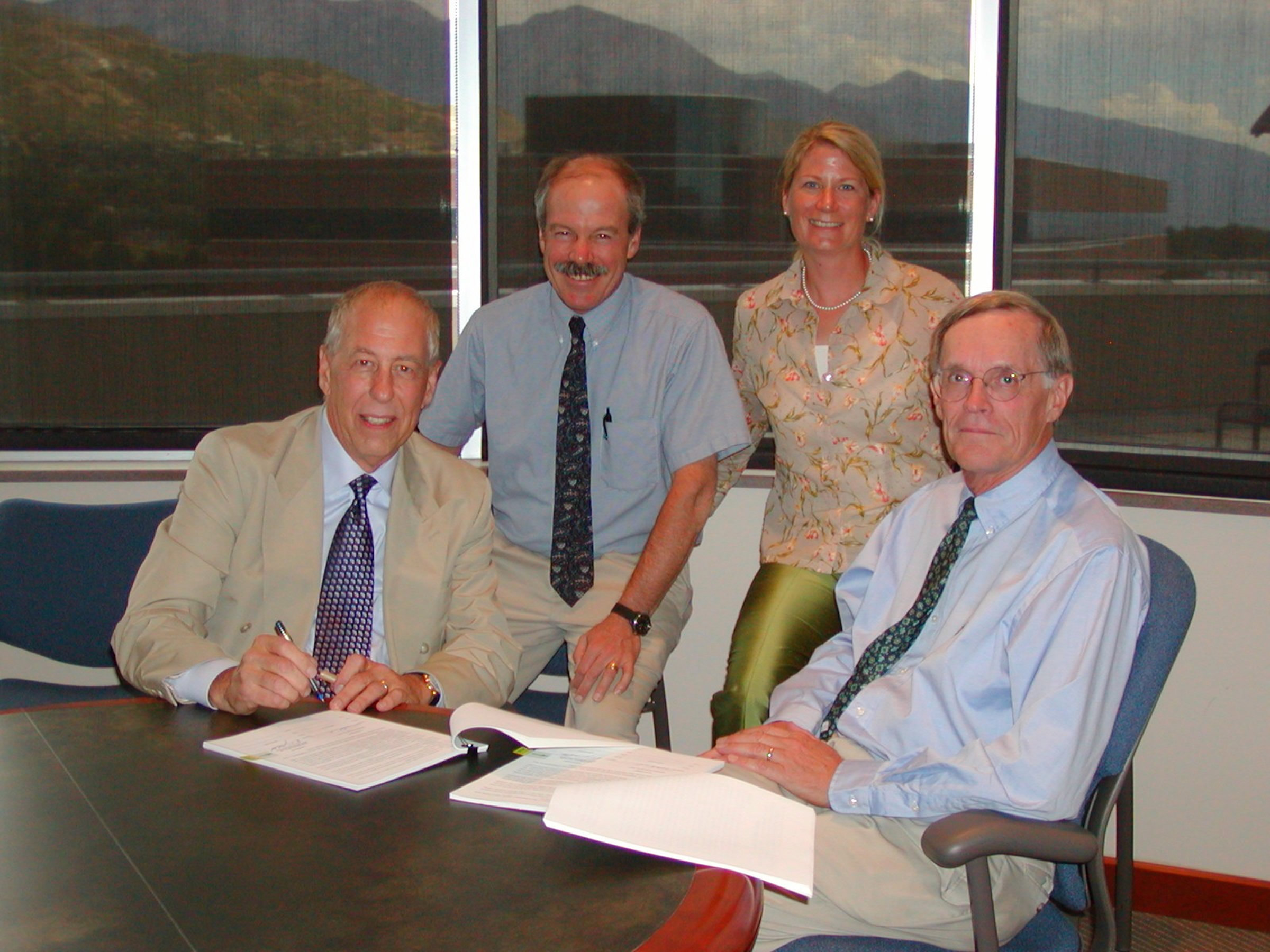 September 20, 2004 — The University of Utah and Sentrx Surgical, Inc., a company incorporated in March 2004, jointly announced today that they have received two Small Business Technology Transfer Research (STTR) awards from the National Institutes of Health (NIH). On September 1, 2004, Sentrx Surgical and the University of Utah signed a license agreement that gives the company exclusive, world-wide rights to the use of a proprietary technology invented by Dr. Glenn Prestwich at the University of Utah. The STTR program makes research awards to small businesses that collaborate with research universities on promising health-related technologies. Phase I projects are for $100,000 for one year with 40% of the funds typically remaining to support work in the company and the other 60% sub-contracted to the university.

“These awards provide critical start-up funds for Sentrx,” said Dr. Richard K. Koehn, President and CEO of the company, “while also providing important validation of the company’s core technologies.” One award, made to Dr. Glenn Prestwich, Presidential Professor in the Department of Medicinal Chemistry, is for the use of cross-linkable hydrogels to promote rapid healing of ruptured eardrums. The project, conducted with pediatric otologist Dr. Albert Park, will validate the technology prior to use in humans.

In a second NIH award to Sentrx, Dr. Richard R. Orlandi, Assistant Professor of Otolaryngology, will serve as the principal investigator on the project, which utilizes Sentrx’s proprietary cross-linked hydrogels to promote scar-free healing in sinus surgical operations. Chronic sinus disease affects more than 31 million Americans and surgery for this disease is performed over 500,000 times annually.

Sentrx Surgical is an emerging medical device company that is using proprietary modified biopolymers to create synthetic scaffolds that mimic the normal extracellular matrix. This synthetic scaffold can be used to promote scar-free wound healing, engineer new tissues, and prevent post-surgical adhesions. The company was founded in 2004 by Drs. Glenn Preswich, Richard Koehn, Richard Orlandi and Albert Park, and is the first spin-out company of the Center for Therapeutic Biomaterials, a member of the Utah Centers of Excellence program for commercialization of university technologies.