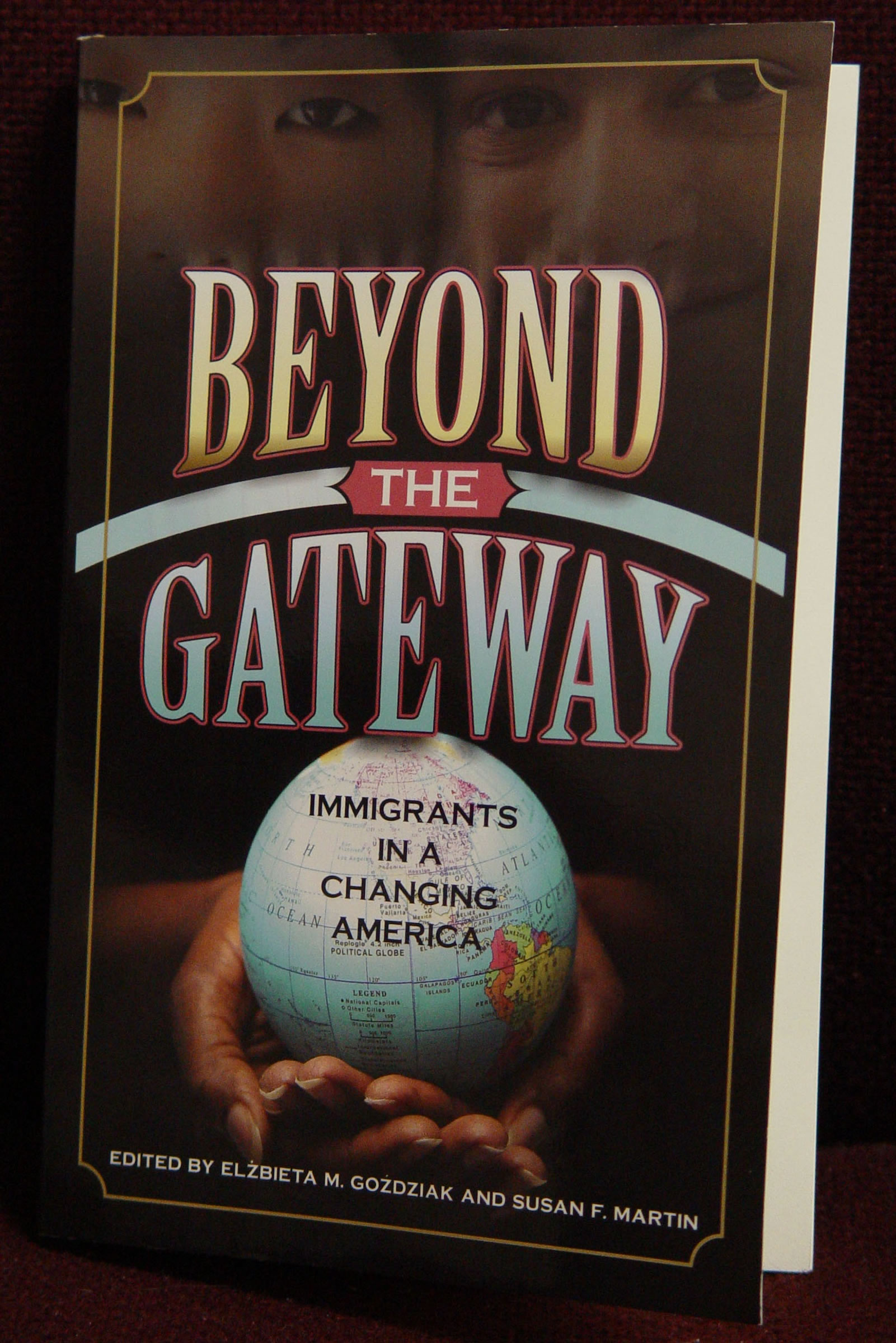 June 20, 2005 — When Utah was settled, 90 percent of its immigrants were Anglo-Europeans and new converts to the Church of Jesus Christ of Latter-day Saints. By the year 2000, 90 percent of immigrants coming into the Beehive State were Latinos and Catholic. Because of this dramatic shift, Georgetown University’s Institute for the Study of International Migration now classifies Utah as one of the new “gateway” states for those leaving other countries to enter the United States to live.

University of Utah researcher Armando Solorzano is a contributor to “Beyond the Gateway: Immigrants in a Changing America,” a new book that shares best practices and services and ways to accommodate immigrants coming into these “gateway” states, which also include Georgia, Nebraska, North Carolina, Minnesota, Arkansas and Virginia. In his work as an associate professor in the U’s Department of Family and Consumer Studies and in the Ethic Studies Program, Solorzano examines the experiences of Latino immigrants coming to Utah.

“What is unique or peculiar to immigration in Utah is its connection to religion,” Solorzano explains. “Without exception, every person interviewed for this research mentioned the relationship of the Mormon Church to Utah’s immigrants. So to understand immigration in Utah, we needed to understand the predominant religion of the state, that is, Mormonism.”

Solorzano’s research took 18 months and lead him throughout the Beehive State. In Solorzano’s chapter of the book, titled “At the Gates of the Kingdom: Latino Immigrants in Utah, 1900 to 2003,” he explores the possibilities for immigrant Latinos to prosper socially and economically, in politics and religion, “within the context of Utah’s past and present existing religious forces,” he says.

The Latino population, now 9 percent of Utah’s people, is shaped by immigration and is fragmented by social class, nationality, gender and religion, Solorzano notes. Seventy percent of all Catholics in Utah are Latinos,” Solorzano says. Estimates are that by the year 2020, “Latinos will represent more than 50 percent of the membership of the Mormon Church,” writes Solorzano, who also created an exhibit in 2002 called “We Remember, We Celebrate, We Believe: A Photo History of Latinos in Utah.”

“We know that Latinos and other immigrants are completely changing the religious landscape of Utah. “Latino immigrants who are Mormons do not perceive themselves as ‘outsiders,’ since they share mainstream religious beliefs and some components of the Mormon culture.”

Solorzano says Latino immigrant labor continues to diversify Utah’s economy. “Utah is attracting immigrants at unprecedented rates because of the transformation of its service industry- the reconstruction of I-15, the organization of the Olympic Games, construction, hotels and restaurants and the re-emergence of the agricultural industry,” he notes. “Utah is also attracting immigrants because it has one of the highest rates of economic growth in the nation.”

The interplay between Utah’s immigrants and the state has extended to legislation that has benefited Latinos, including the allowance of temporary identification numbers (ITIN), enabling immigrants to obtain identification cards and driver’s licenses. The passage of HB 144, allowing some undocumented immigrant students to pay in-state tuition at Utah universities and colleges, champions greater access to education for immigrants. However, this bill is now up for repeal and will be debated in the 2006 legislative session.

Solorzano reports that two years ago, researchers from the Institute for the Study of International Migration, which initiated the book project, studied issues of integration in Utah, interviewing politicians, agency directors, community leaders and vocational trainers, concentrating on programs that provide language acquisition for new immigrants. “They named the University of Utah as one of seven universities nationwide that is integrating immigrant communities into the life of the state,” Solorzano says.

The Latino immigrant community has also been positively impacted by the defeat of a law that would have allowed local law enforcement agents to carry out functions reserved for Immigration and Naturalization Service (INS) agents.

Despite these gains, Utah shows “very mixed results in how it deals with its immigrants,” Solorzano says. Raids on undocumented immigrants in the post-9/11 climate, campaigns to deport undocumented workers and the passage of a law that declares English to be Utah’s official language have undermined Latino immigrants’ integration into Utah communities, he says. Also problematic, Solorzano says, is the lack of health care services for immigrants, the higher rate of incarceration among Latinos and the fact that Latino immigrants earn, on average, 72 cents for every dollar earned by other workers.

Latino leaders are attempting to promote long-term goals so immigrants will feel more accepted and secure in an environment where their families will not be raided and their children will be educated. “The question is not who to blame,” Solorzano writes, “but how to stress the benefits that immigrants offer to the state. “

Solorzano notes that Utah is representative of changes that will be taking place in the United States in the near future. “Immigration itself is not much of a challenge in Utah,” he says. “The challenge here-and across the country, will be how different people from different religious backgrounds come together into one society.”

For more information on “Beyond the Gateway: Immigrants in a Changing America,” edited by Elzbieta M. Gozdziak and Susan F. Martin and published by Lexington Books, call 202-678-2258 or visit http://www.georgetown.edu/sfs/programs/isim/.