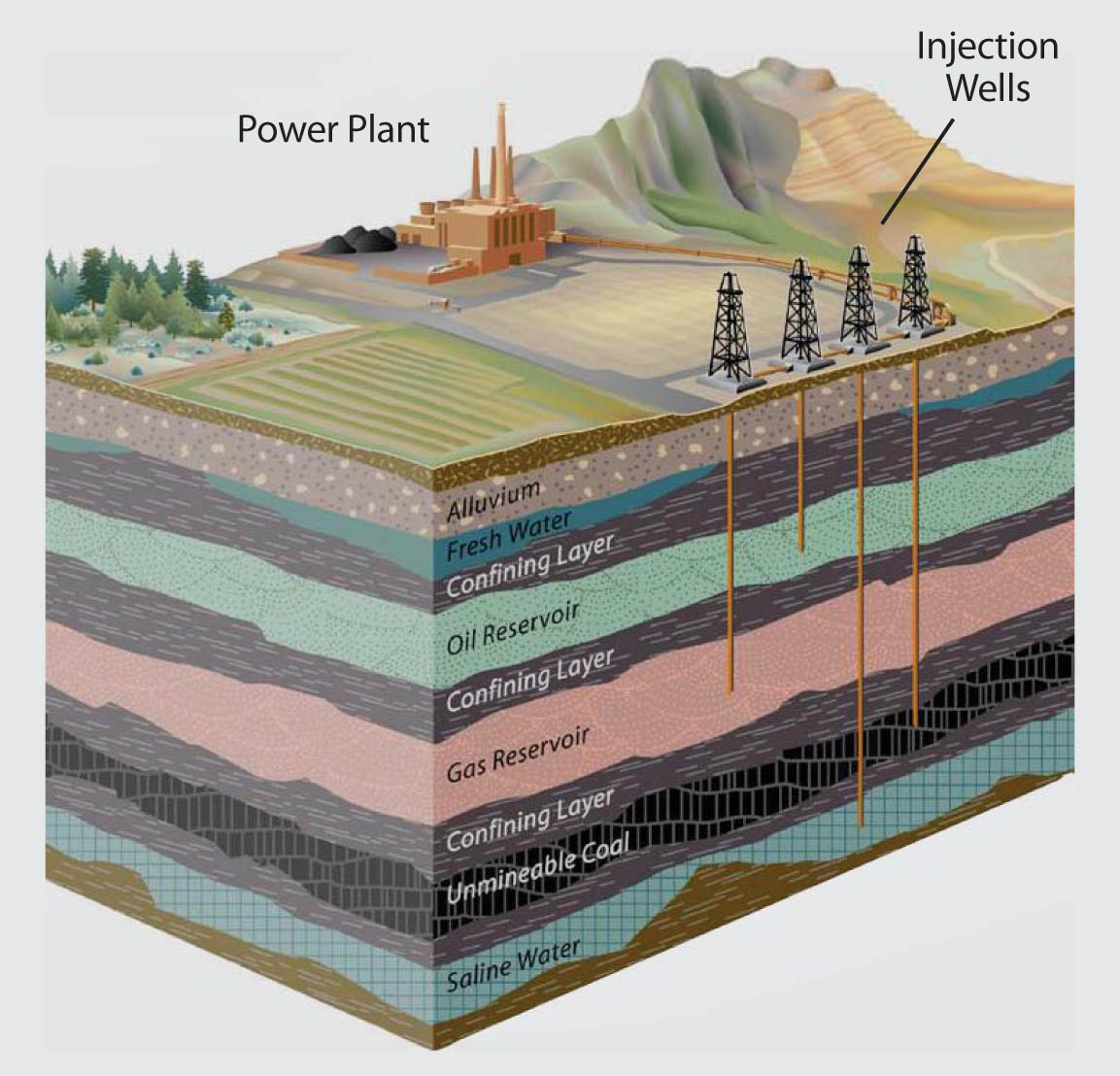 February 24, 2009-The Utah Science Technology and Research Initiative (USTAR) is paying off in a big way for Utah. The University of Utah (the U of U) and Headwaters Incorporated (NYSE: HW) have entered into a joint venture to offer carbon management services to CO2-emitting companies, from carbon storage engineering to risk and liability management. While global concerns about the effects of carbon dioxide (CO2) emissions are reaching a tipping point, many experts believe CO2 storage is one of the best ways to significantly decrease CO2 emissions without adversely impacting our standard of living.

The first project for the joint venture, Headwaters Clean Carbon Services (HCCS), will be to develop and operate a regional CO2 storage site that will serve several power plants in central Utah. HCCS engineers estimate that the proposed regional CO2 storage site could permanently store as much as 1 billion tons of CO2. That’s enough storage to sequester the emissions from at least six 500-megawatt coal-fired power plants for 50 years. This project should create jobs and expand the tax base in Utah. In addition, because of its location, the state’s School and Institutional Trust Land Administration should be able to collect lease fees for CO2 storage, which will help fund Utah’s school systems.

The concept of injecting CO2 into the earth is not new. Oil companies have been doing it successfully for 30 years to enhance the recovery of oil. Based on technical knowhow developed by engineers in HCCS, the company is ready to take liquefied CO2 from coal-fired power plants and store it at least a mile below the surface of the earth in porous rock formations lying under dense “seal” rock formations that will keep the CO2 in place forever, much like naturally occurring CO2, oil, and gas. With the nation getting half of its electricity from coal-fired power plants, this clean energy approach is a realistic way to help protect the environment while keeping energy costs down.

Headwaters Incorporated, the managing partner in the joint venture, is a strong Utah company dedicated to making more efficient use of natural resources, especially fossil fuels. The university decided to join this collaborative venture and license its technologies to Headwaters because the company has a proven track record for successfully executing large projects and has strong relationships with coal-fired power plants in the United States.

“CO2 capture and storage is a natural fit for us,” says Kirk Benson, CEO and Chairman of Headwaters. “Headwaters is doing everything possible to make the coal value chain cleaner and more efficient. We reclaim waste coal piles and ponds, we turn coal combustion products, such as fly ash, into green building products and now we are taking positive steps to solve the CO2 emission problem.”

The technology behind HCCS is a direct result of the Utah Science Technology and Research Initiative. The measure has provided funding for strategic investments at the U of U to recruit world-class researchers, and build state-of-the-art disciplinary research and development facilities and to form first-rate science, innovation, and commercialization teams. The carbon sequestration technologies were developed under the U of U’s fossil energy research team, led by USTAR faculty recruit Brian McPherson, associate professor of civil and environmental engineering.

Graduate students at the University of Utah’s Lassonde New Venture Development Center helped perform market research and developed initial business models for the carbon sequestration technology. The Lassonde Center was instrumental in identifying and bringing Headwaters into the joint venture.

The University of Utah is perfectly positioned to support high-tech startup companies. Since the establishment of its Technology Venture Development office in 2005, more than 60 companies have been launched to commercialize technologies developed at the university. For the second year in a row, the U of U has ranked 2nd in the country, behind only MIT, at starting companies from its research. University startup companies not only help move research forward through the licensing royalty revenue for the university, but they also provide jobs for the people of Utah and help strengthen the economy of the state.

“The university’s innovative culture continues to bring new technologies and ideas to enhance Utah’s economy,” said Jack Brittain, vice president for technology venture development at the University of Utah. “HCCS is exactly what the business community envisioned for USTAR. Utah ideas are being turned into Utah jobs.”