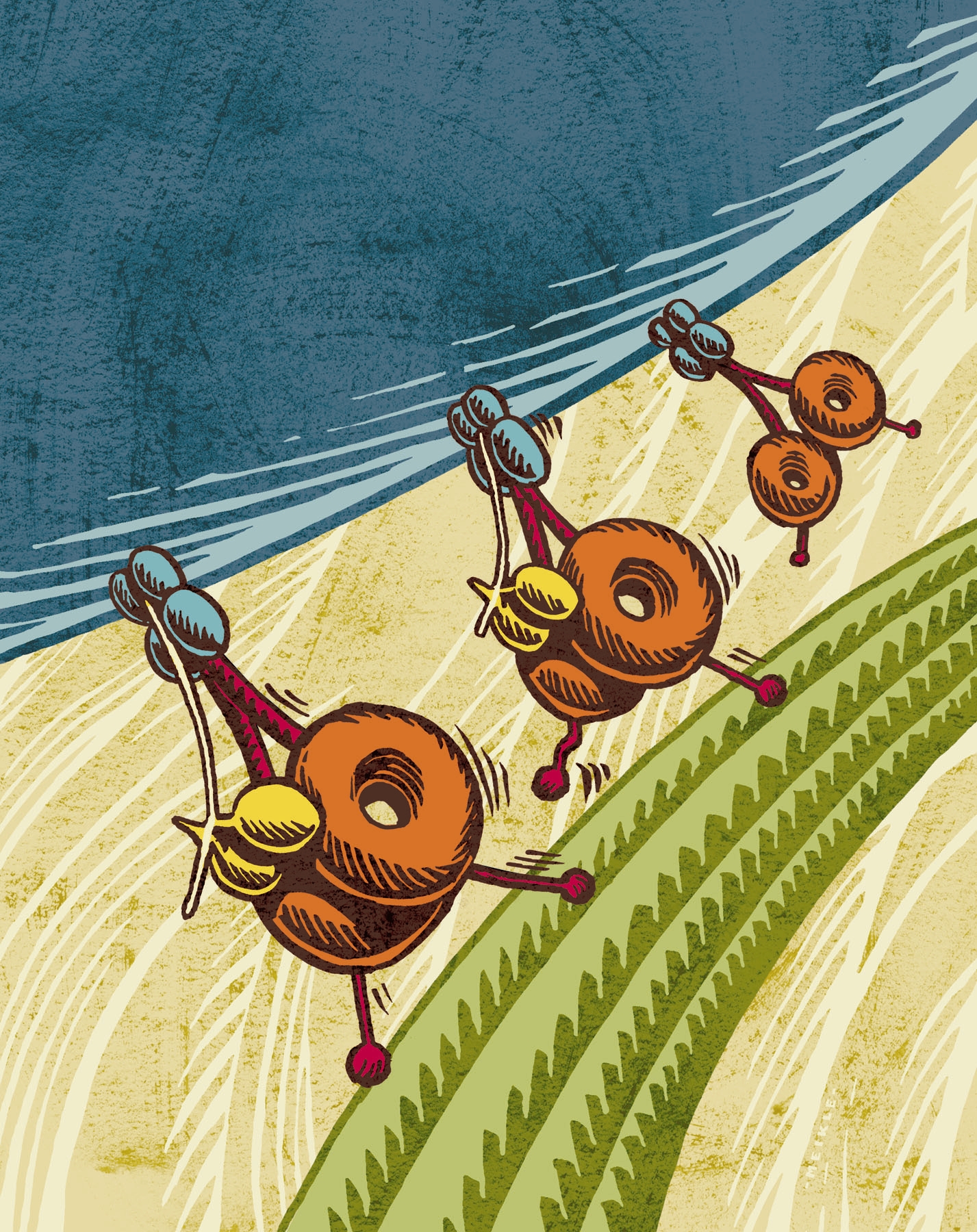 –For some, the senior years are viewed as anything but “golden.”

But in his new book Positive Aging: A Guide for Mental Health Professionals and Consumers, to be issued this week, University of Utah researcher Robert D. Hill offers a new framework for understanding the process of growing old-one that focuses on achieving and fostering an affirmative mindset about how to live into one’s later years.

Positive Aging, published by W.W. Norton & Company, is a resource for everyone concerned about their own course of aging as well as clinicians working with the growing population of boomers entering their retirement years. In the 272-page book, Hill, a professor and the chair of the University’s Department of Educational Psychology, explores the social and psychological trends of aging today as well as how advances in the science of gerontology influence the phenomenology of growing old.

The 21st century is “poised to teach us that old age can be much more than physical or cognitive decline,” writes Hill, an expert on aging, memory and Alzheimer’s Disease. Positive Aging shares insight into what it means to grow older today when extended life spans allow greater numbers of seniors to make more contributions to society in old and very old age.

Today, the average life span of men and women in the United States exceeds 76 years. “What is interesting is that in first world countries, people now count on living at least 10 years beyond the average age expectancy,” Hill says, adding “that with more than 70,000 centenarians in the U.S. today, people believe that they can be happy and healthy up to and beyond this 100-year milestone. In fact, a new group of ‘super centenarians’-those 109 years and older-are being intensively studied by the scientific community for clues about how to live even longer.” Positive Aging describes these futuristic developments and what they mean for persons moving through their later years.

In the introduction to Positive Aging Hill writes, “In essence, positive aging requires that a person make choices and engage in coping, even when experiencing the predictable physical and psychological limitations that are part of being old. Finding happiness and well-being in the aging process is similar to the meaning in Csikszentmihalyi’s statement: ‘Happiness is not something that happens. It is not the result of good fortune or random change. Happiness, in fact, is a condition that must be prepared for, cultivated, and defended privately by each person. People who learn to control inner experience will be able to determine the quality of their lives, which is as close as any of us can come to being happy.’ In this sense, positive aging, like happiness, is as much a state of mind as it is any specific form of action or strategy. To be happy and healthy in old age involves discipline in reframing perceptions and cultivating positive emotions to cope with the realistic dilemmas of aging.”

In Positive Aging, Hill describes four characteristics of positive agers; namely, that they know how to:

Evidence suggests that these characteristics can be transformed into strategies that promote positive aging, which is the theme of. Hill’s upcoming skill-training book that is currently underway. A preview of these strategies can be found on Hill’s Web page at http://www.agepositively.com.

Positive Aging reviews the term “aging,” its history and changing meaning. Hill then delves into the many lifestyle choices individuals can make to improve their happiness as they grow older, including characteristics of positive agers, as well as their lifestyle choices. Traditional theories of adult development and how positive aging plays into them are examined; successful, normal, impaired and diseased trajectories of age-related decline are defined and explored; and useful strategies are provided for coping with common old-age issues-including cognitive deficits, depression, anxiety and psychological barriers to happiness. Hill also covers important late-life concerns such as the role positive aging plays in physical disability, caregiving, grief, bereavement, death and spirituality and meaning-based counseling. Case studies contextualize the arguments and keep the discussion rooted in tangible, human terms.

Nancy Pachana, a prominent researcher and scholar in applied gerontology from the University of Queensland’s School of Psychology, notes that Positive Aging‘s “text goes beyond the perhaps overused concept of ‘successful aging’ to offer a very human perspective on aging positively . . . illustrating how older persons can lead meaningful lives and find a sense of purpose if they have lost their way.”

Hill, a leading researcher in geriatric care, has studied issues of normal and pathological aging internationally at the Karolinska Institute in Stockholm, Sweden and in the Netherlands through a Fulbright Fellowship at Maastricht University where he developed and wrote Positive Aging. A licensed psychologist in Utah, he holds a diploma in counseling psychology from the American Board of Professional Psychology.

“The realities of aging are not always positive, but everyone can be a positive ager, whether well, sick or demented,” notes Hill. “Individuals are not going to get away from the challenges of living into old age, but they can turn some of those challenges into opportunities for positive well-being and a meaningful lifespan legacy.”