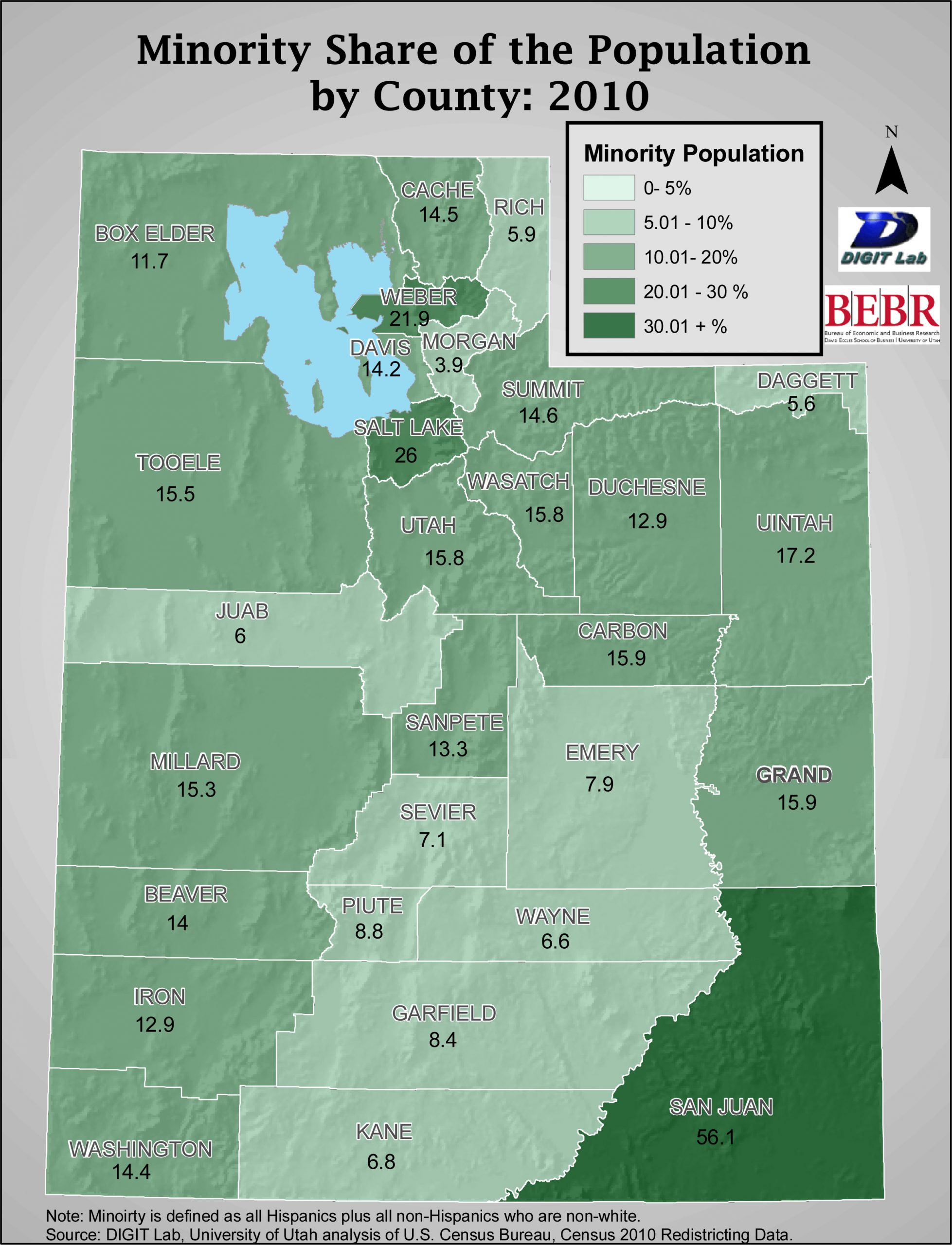 Feb. 24, 2011–Census data from Utah is being analyzed closely by the University of Utah’s Bureau of Economic and Business Research (BEBR) because of its potential to reshape the state’s political boundaries. The Census Bureau today also shipped local 2010 census data to the governor and leadership of the state legislature in Utah.

The data includes summaries of population totals, as well as data on race, Hispanic origin and voting age for multiple areas within the state, such as census blocks, tracts, voting districts, cities, counties and school districts.

Highlights of the Utah data include:

The youth of Utah are at the forefront of the state’s demographic transformation:


According to law, the Census Bureau must provide redistricting data to the 50 states no later than April 1 of the year following the census. As a result, the Census Bureau is delivering the data state-by-state on a flow basis in February and March. Utah is one of the first states to receive its figures and all states will receive their data by April 1.

Please visit http://2010.census.gov/2010census/data/ for an interactive map showcasing county-level population change from 1960 to 2010, as well as state-level data on race and Hispanic or Latino origin for 2010. The widget will be updated as states are released and can be embedded on your website.