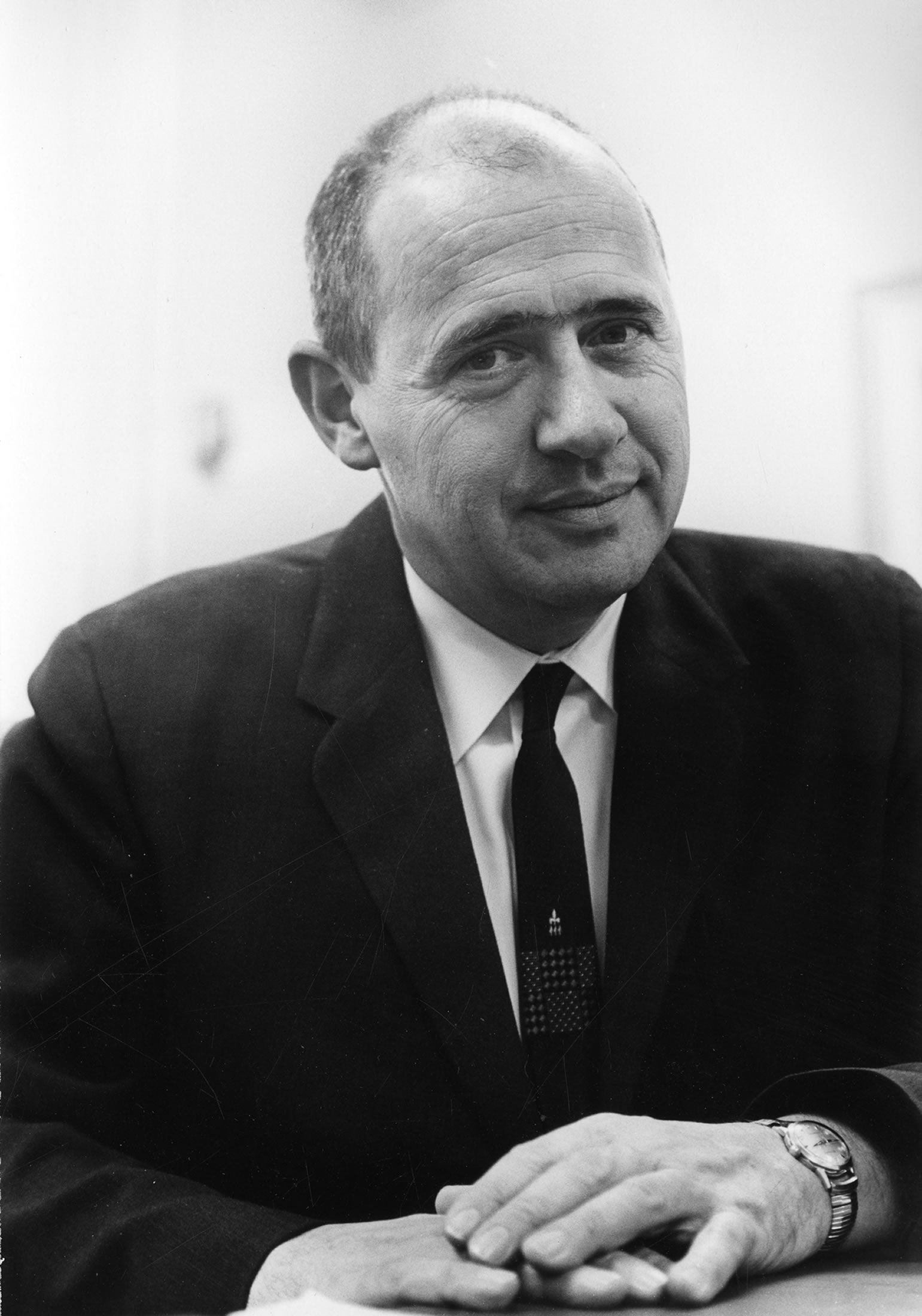 The son of a railroad engineer, Gould was born in , on Oct. 31, 1919. The first member of his family to go on to higher education, Gould completed a degree in mechanical engineering at the University in 1942 and went on to do post graduate work in the United States Navy at Massachusetts Institute of Technology (MIT) and Dartmouth. He served as a lieutenant in the U.S. Navy during World War II, supervising the engineering and construction of warships at the Long Beach Naval Shipyard.

Following the war, he made his home in , taking a job as a mechanical engineer with Southern California Edison (SCE) Company. During his 44-year career with he rose through the ranks to eventually preside as chairman and chief executive officer from 1979 to 1984. Gould continued to serve as a director of SCE until 1992. His most noted achievements at were the construction of the nuclear power stations at San Onofre and the development of alternative and renewable sources of energy. He was recognized by many institutions for his commitment to the environment and the advancement of technology, receiving many honors, awards and prizes.

Gould was deeply committed to his community and to his church. He gave his professional support to many charitable organizations and institutions of higher education. He was a founding member of both the of and . He served as a bishop, stake president and regional representative in The Church of Jesus Christ of Latter-day Saints.

Gould contributed his personal papers to the J. Willard Marriott Library and participated in an oral history project though the Marriott Library. In 1992, he and his first wife, Erlyn, established an endowment in their names in support of the annual “William R. and Erlyn J. Gould Distinguished Lecture on Technology and the Quality of Life,” which focuses on technical and environmental topics and how they relate to society as a whole. Gould also provided funding for the purchase of fine arts books and medieval facsimile collections.

Gould’s first wife, Erlyn, predeceased him by 14 years. They were married for 50 years at the time of her passing. He is survived by his second wife, Mildred Johnson, daughter Erlyn Madsen, sons Bill Jr., Gilbert and Wayne, stepdaughter Sue Ann Sanft, stepsons Randall D. Johnson and Charles Marc Johnson and numerous grandchildren and great grandchildren.

In lieu of flowers, contributions can be made in honor of William R. Gould to the William R. and Erlyn J. Gould Distinguished Lecture on Technology and the Quality of Life, J. Willard Marriott Library, University of Utah, 295 S. 1500 E., Salt Lake City, Utah, 84112-0860. For more information on making a contribution, call 801-581-3421.