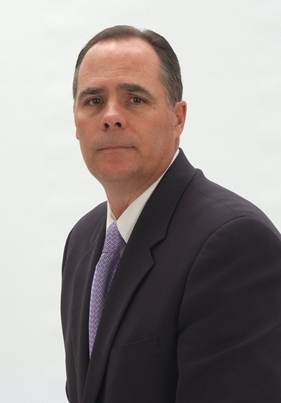 June 8, 2009 – M. David Rudd has been named dean of University of Utah’s College of Social and Behavioral Science, effective July 1, 2009. He will replace Steve Ott, who will divide his time between directing the Institute of Public and International Affairs and the Center for Public Policy and Administration, teaching and academic research.

Rudd is currently professor and chair of the Department of Psychology at Texas Tech University, with an adjunct appointment as professor of psychiatry and behavioral sciences in the Texas Tech Health Sciences Center.

In making the announcement, David W. Pershing, senior vice president for academic affairs, stated, “The University of Utah is extremely fortunate to have successfully attracted professor Rudd for this important leadership role. At the time of his decision to come here, he had multiple other leadership offers for both academic leadership and research excellence. He brings a proven track record in successfully managing a very large department and also attracting major, external research funding for his own, highly regarded research.”

Rudd received his bachelor’s degree from Princeton University and his Ph.D. from the University of Texas-Austin. He completed a post-doctoral fellowship in cognitive therapy at the Beck Institute in Philadelphia under the direction of Aaron T. Beck.

In accepting the position, Rudd said, “I’m thrilled about the chance to join the College of Social and Behavioral Science and the University of Utah. The U has an exceptional national and international reputation, outstanding leadership, talented faculty and staff, as well as energetic and engaging students. The chance to build on the fine work of Dean Ott is indeed attractive. I look forward to working with faculty and students alike to identify strategic initiatives, chart the course, and start what will prove to be an exciting time for me and the college.”

Rudd’s research focuses on clinical suicidology, cognitive therapy, as well as ethics and regulatory issues in psychology. With more than 170 publications, Rudd’s research has been recognized by numerous national and international awards.

He has served as a consultant to several national and international organizations including the United States Air Force, the U.S. Army, the Department of Defense and the Beijing Suicide Prevention and Research Center.

In addition to his research, Rudd conducts many national and international continuing education workshops providing training in the assessment and management of high risk patients to a broad array of healthcare professionals including psychologists, psychiatrists, family physicians, social workers and counselors.

He is also an active forensic reviewer in the area of malpractice and negligence in cases of suicide, taking cases from across the United States. In the past year he has twice testified before the U.S. Congress on issues related to veterans suicide. He has a pending research grant involving treatment of suicidal soldiers with the Department of Defense, with projected funding of $1.97 million and a projected start date of October 1, 2009.

Outgoing Dean Steve Ott expressed his excitement about working with Rudd, stating, “David Rudd is extraordinarily prepared to serve as dean of the College of Social and Behavioral Science. He has broad leadership experience at research universities and in the military, has compiled a superb record of teaching and research in several sub-fields of psychology and will bring an endless supply of energy and enthusiasm to the position. We could not have found an individual who is better prepared for and a better fit for the position.”