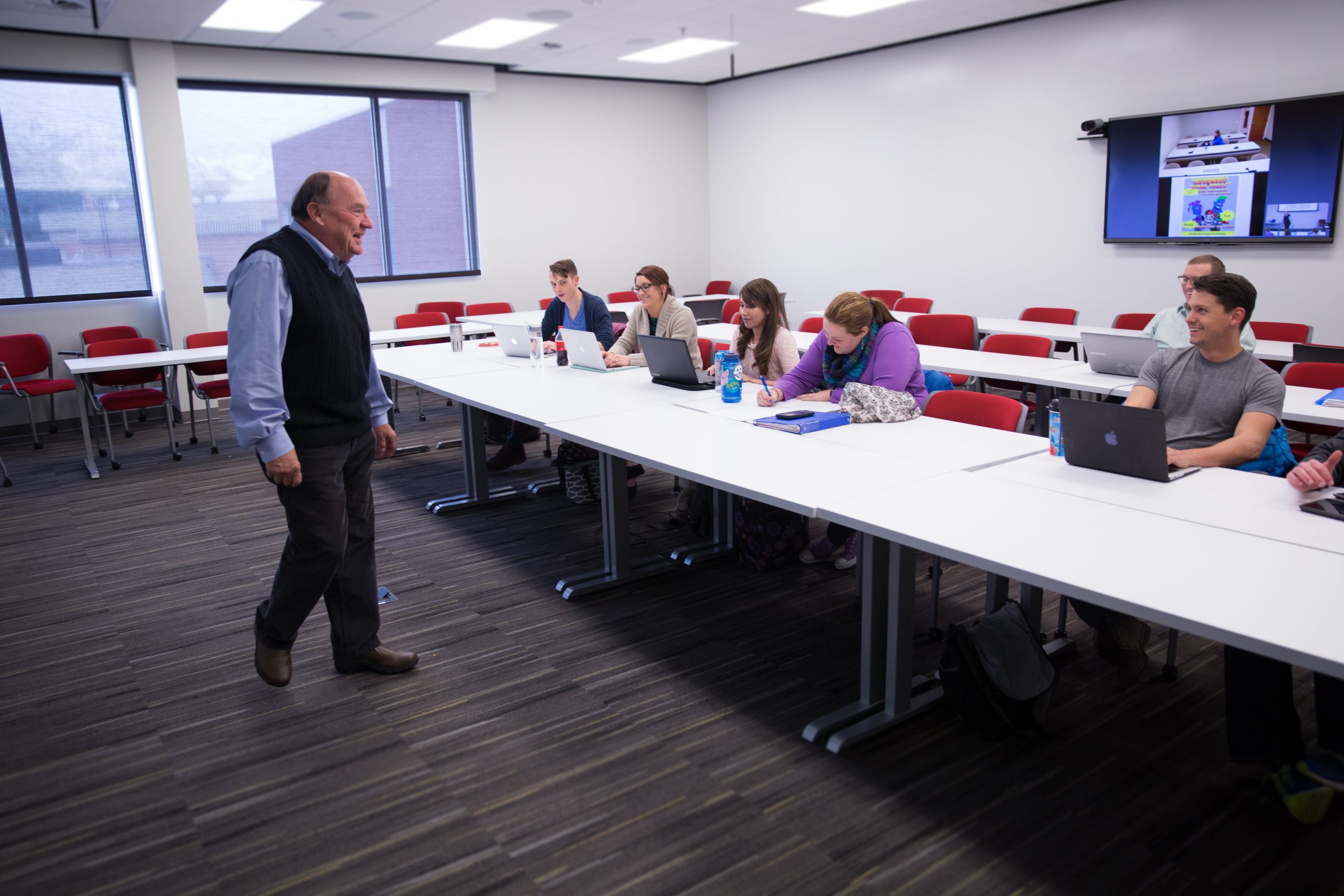 April 30, 2015 – The University of Utah has announced the winners of the fifth annual Distinguished Innovation and Impact Award. The award recognizes faculty who create products and initiatives with potential to change the world and improve lives.

Winners this year are Lisa Cannon-Albright, a professor and division chief of genetic epidemiology in the Department of Internal Medicine, and William Jenson, a professor of educational psychology. Both will be honored at the U’s commencement ceremony on May 7.

The Distinguished Innovation and Impact Award is one of the newest faculty awards at the U. The university created the award to promote research that leads to technology and social impacts. The award is managed by the U’s Academic Affairs office with support from the Entrepreneurial Faculty Scholars group, a network of faculty members interested in entrepreneurship.

“This year’s award winners are two of our most accomplished faculty members, and they demonstrate the diverse ways we are innovating and improving the world,” said Glenn Prestwich, a presidential professor of medicinal chemistry and presidential special assistant for faculty entrepreneurs. “We are proud to be one of the leading research institutions in the country, and faculty members like these make that possible by bringing research into the community where it can change people’s lives.”

Cannon-Albright came to the U in 1979. She first pursued a master’s degree in biostatistics and then a Ph.D. in genetic epidemiology and biomedical informatics. Since then, she has been one of the leading researchers behind the U’s growing reputation for genetic research and personalized medicine. Her work has helped the U discover many genes connected to disease and create the Utah Population Database, a widely used tool for genetic research that contains 20 million medical and family records.

“I have been fortunate to be part of the amazing growth of genetic research and specialization at the University of Utah,” Cannon-Albright said. “We are world leaders in this field. One of my areas of expertise is studying high-risk pedigrees and looking for cancer genes. I am also very proud of the many students and faculty I have mentored.”

In addition to her other roles, Cannon-Albright is an investigator at the Huntsman Cancer Institute where she is a member of the Cancer Control and Population Sciences program.

As a genetic epidemiologist, Cannon-Albright’s research interests include computerized genealogy data and the connection between genes, family history and the likelihood someone will contract cancer and other diseases. She has published more than 200 research papers that have improved our understanding of the relationship of genetics and disease. Her contributions include developing new research methods in this area.

Among her many other accomplishments, Cannon-Albright was elected as a fellow of the National Academy of Inventors in 2014. She is currently working to find disease predisposition genes for prostate cancer, pancreas cancer, melanoma and other diseases. She also launched the Veterans Geneology Project, an effort to create an electronic record containing genealogical and medical information for millions of veterans. The project could pave the way for many discoveries in the future.

The other Distinguished Innovation and Impact Award winner, Jenson has a different background.

Jenson has decades of experience working with children with autism spectrum disorders and related behavioral issues. He has made substantial contributions in research related to these areas and treating these children. Jenson also works with teachers and parents to empower them to help children in their care.

“I have dedicated my career to helping children with autism improve their social skills,” Jenson said. “I have published many studies and sold many book. My greatest reward is the impact we have had on these children and their families. It’s not uncommon for people I have seen years earlier to come up to me and say how we helped change their lives.”

One of the best examples of Jenson’s impact is the “Tough Kid” series of books and workbooks. Since the 1990’s, Jenson and his co-authors have sold more than 400,000 copies of these materials. They help teachers, parents and children manage and improve behavioral problems by teaching research-based methods in fun and interactive ways. The books exemplify the way Jenson has bridged the gap between his academic and professional experience.

Jenson began his career in 1975 as director of a mental health center in Las Vegas. He moved to Utah in 1976 when he became director of the Children’s Behavioral Therapy Unit, which he helped transform into what is now the Pingree Center for Autism. After receiving a Ph.D. in child psychology and behavioral analysis from Utah State University, Jenson began teaching at the University of Utah as an assistant professor in 1983. His academic accomplishments include winning an Outstanding Teaching Award from the College of Education in 2012 and publishing 34 books, 40 chapters, 100 papers and presenting at more than 180 conferences.