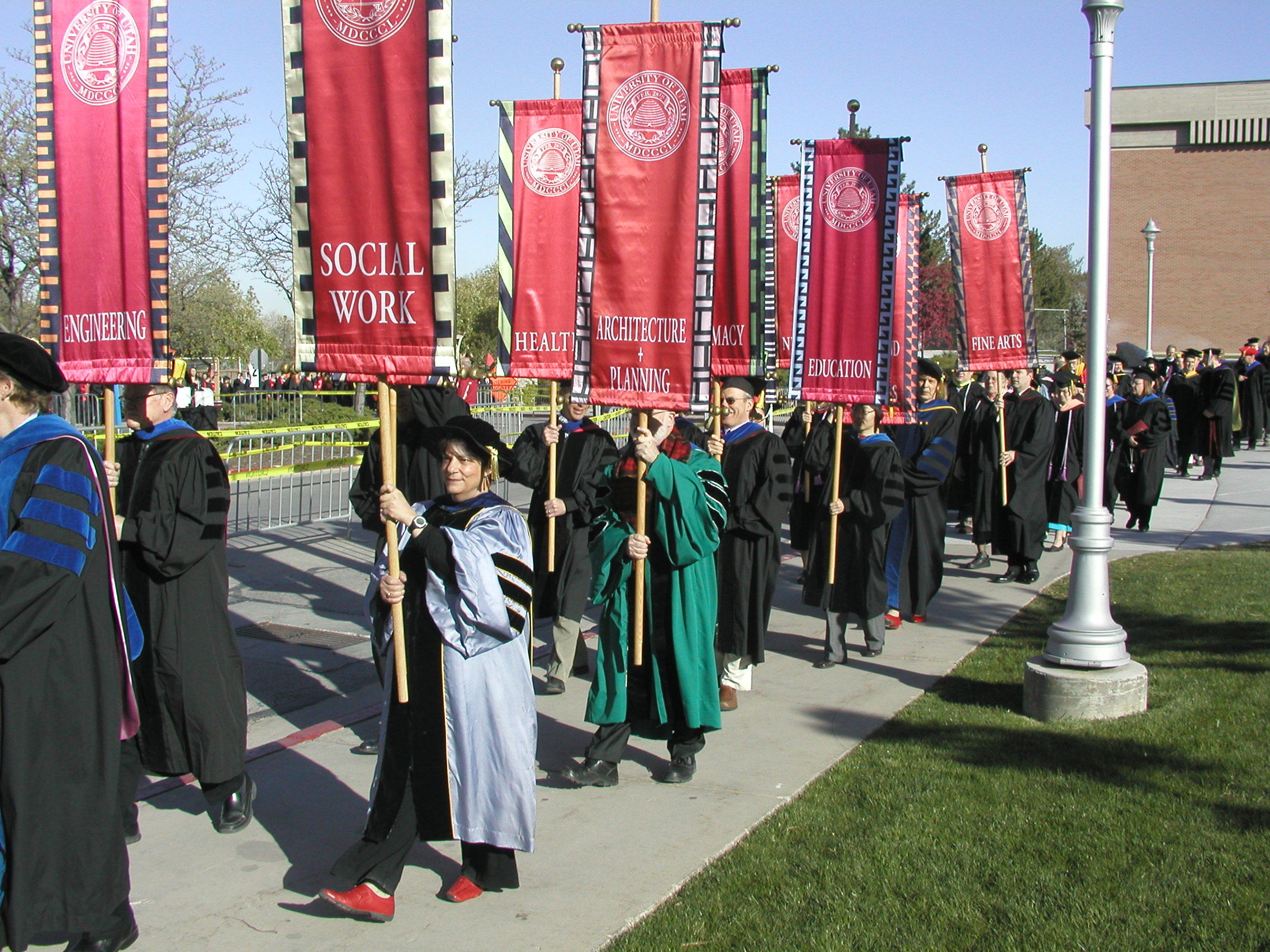 May 7, 2010 — This morning, the University of Utah graduated 7,034 students from 76 countries, 50 U.S. states and 27 of Utah’s 29 counties. University President Michael K. Young officiated at the commencement ceremony, held in the Jon M. Huntsman Center.

The Rosenblatt Prize, a $40,000 cash award and the most prestigious honor the university bestows on its faculty, was presented to Christopher R. Johnson, distinguished professor of computer science and director of the Scientific Computing and Imaging (SCI) Institute at the University of Utah.

Ambassador Jon Huntsman, Jr. began his commencement remarks reflecting on the generations that came before him and the demands current graduates face today. “Our system requires the infusion of new thinking driven by a fresh generation of innovators, leaders, risk takers, entrepreneurs, scientists, community activists, and plain old responsible citizens. That’s you!”

He recommended graduates earn more “F’s” as they venture into the world. “I am telling you that to have a life fulfilled, you will need F’s…something most of you are not used to getting. So far as I can tell, these five F’s may help to get you a passing grade in life: find yourself, find a cause, face failure, find someone to love, find meaning.”

Student speaker Jody Farley celebrated the seasons of her life, focusing on the current season that brought her back to the U and to earning her degree. “In forty-eight years I have learned one important lesson the hard way, and that is, life does not always go as planned. However, that is not necessarily negative. Many times unexpected turns in the road force us to change directions, stare adversity in the face and move to a new season that was unexpected but will ultimately be the instrument for growth,” she said.

KUED-Channel 7 will broadcast today’s commencement ceremony on Saturday, May 8, at 5:30 p.m. The ceremony will also be available at www.kued.org.