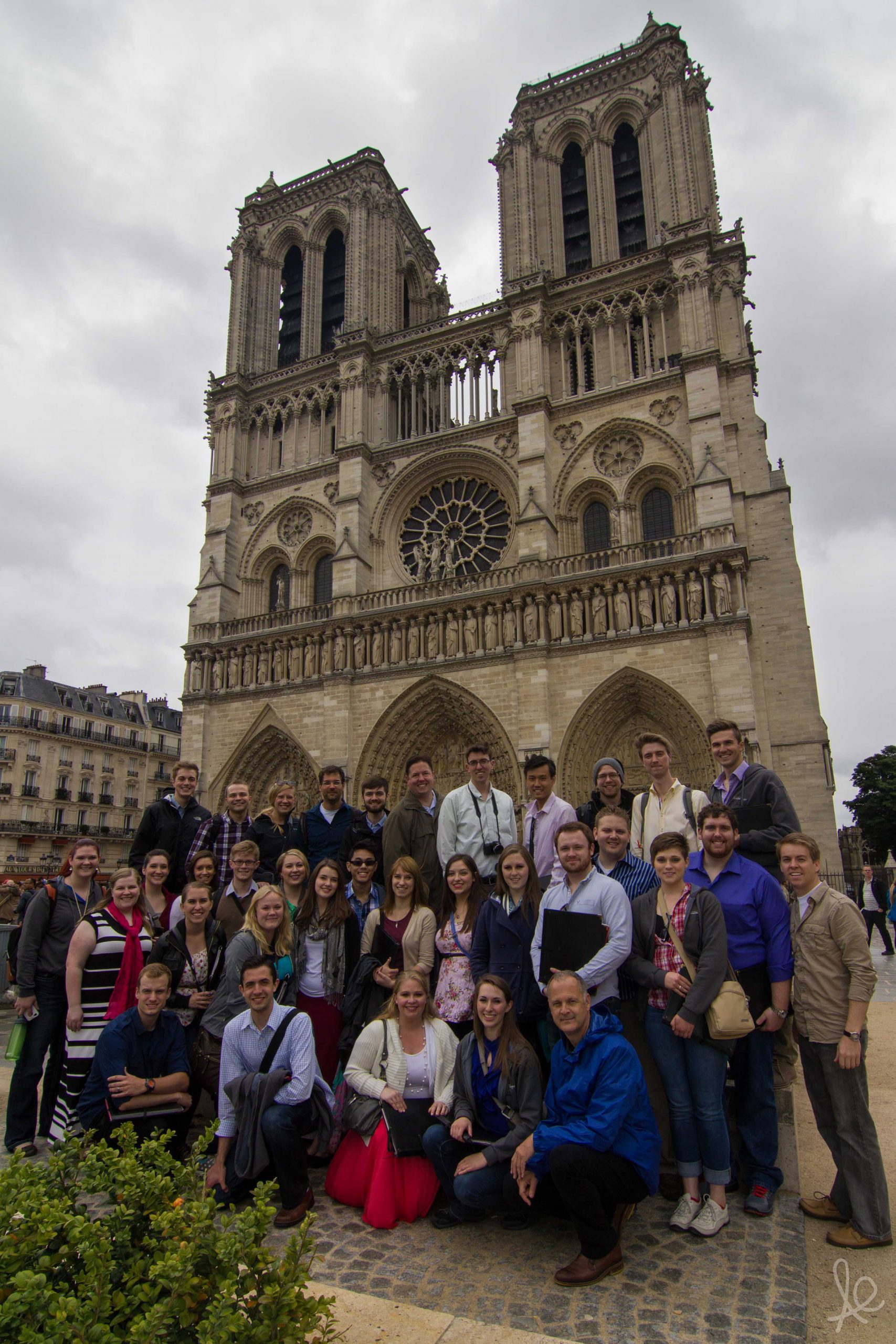 June 12, 2014 – The University of Utah Chamber Choir bested choral groups from around the world to win first place in the prestigious Florilège Vocal de Tours held in Tours, France, May 30 to June 1.

The choir sang “Dark Like Me” in the winning round; it was the first time its composer—French artist Thierry Machuel—had heard an American choir sing his piece, which he based on a poem by the American poet Langston Hughes. The choir also won the Audience Favorite Award during the competition.

As a result of its winning performances, the choir has been asked to compete in the 2015 European Grand Prix for Choral Singing in Tours against the winners of six European choral competitions.

“It is with great pride that we celebrate the international success of our Chamber Choir,” said Raymond Tymas-Jones, dean of the U’s College of Fine Arts. “I share in the multitude of congratulations washing over our School of Music students and faculty.”

The choir was on its 2014 French tour, where over 12 days they also performed in Normandy for the 70th anniversary of D-Day, and at concerts in Paris at Notre Dame Cathedral, the Church of the Madeleine and the American Cathedral. The choir is directed by Barlow Bradford, associate professor of choral studies.

“The choir went into the competition to make great music and sing beautifully together, not to win,” said Bradford, who holds the Ellen Nielson Barnes Presidential Endowed Chair for Choral Studies at the U. “They were especially excited to sing ‘Dark Like Me’ for its composer. Their performance was flawless, and the jury recognized their effort.”