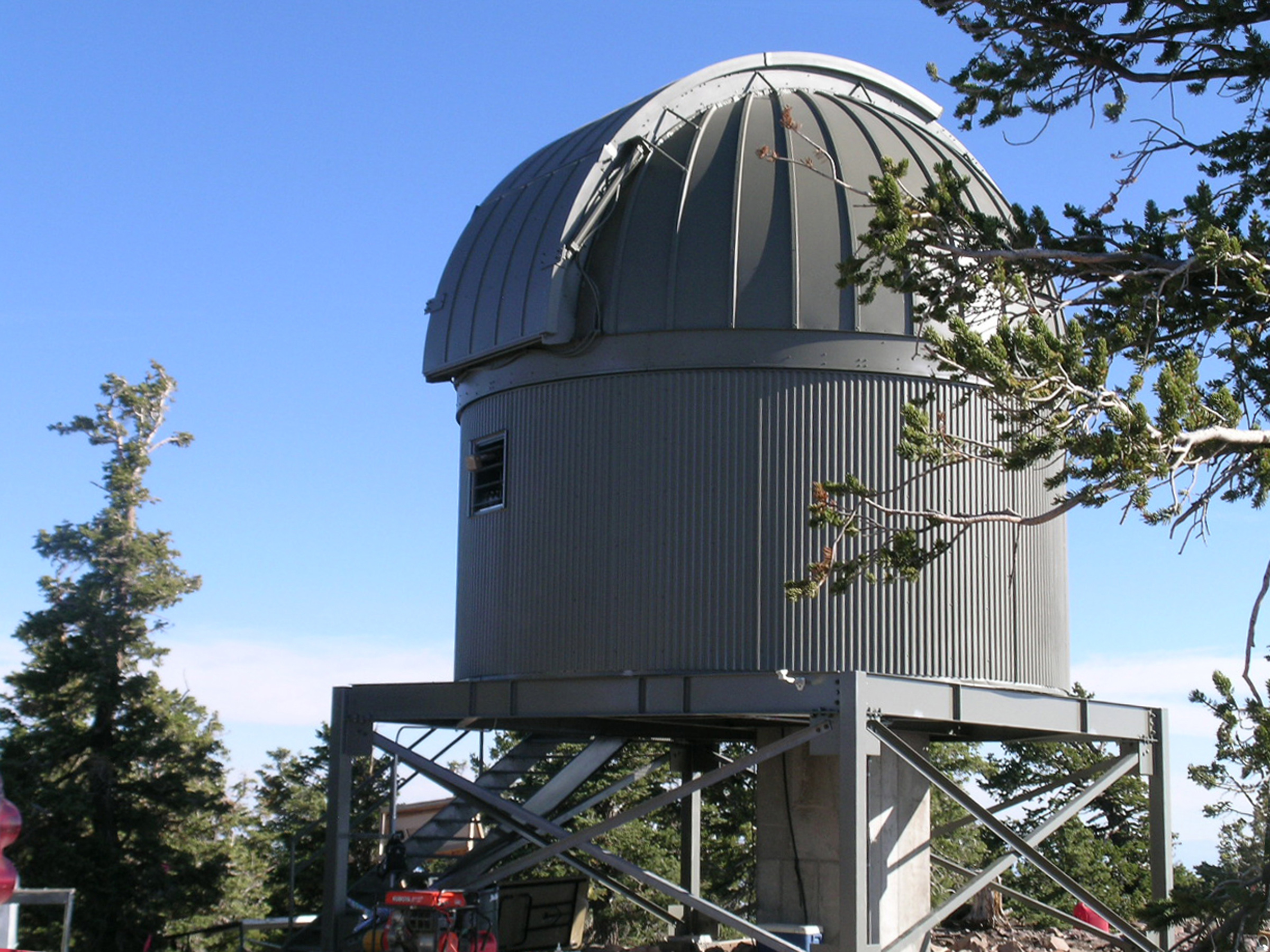 Nov. 4, 2009 — The University of Utah will celebrate the initial observations or “first light” of its new $860,000 research telescope in southwest Utah during a Wednesday, Nov. 11 symposium and reception on the Salt Lake City campus.

The new Willard L. Eccles Observatory’s 32-inch reflecting telescope took its first pictures the night of Oct. 15. The “first light” photo is an edge-on view of the spiral galaxy NGC 891, says Wayne Springer, who heads the project and is an associate professor of physics and astronomy.

The new observatory, with a telescope built by DFM Engineering, is located at an elevation of about 9,600 feet on Frisco Peak, near Milford, Utah.

To celebrate initial operation of the observatory, the university’s Department of Physics and Astronomy will hold a “first light” celebration on Nov. 11, with a symposium at 4 p.m. in room 103 of the James Fletcher Building, followed by a 5 p.m. reception in the building’s rotunda. The public and news media are invited.

He also is applying for a $300,000 grant from the National Science Foundation so the Frisco Peak telescope can be operated by remote control from campus, 250 miles away. Springer hopes it can be operated remotely by the end of summer 2010.

The university announced plans for the telescope in 2006, and Springer says he is “relieved, excited and exuberant” that it has started observing the sky.

For several months, astronomers mainly will be “tweaking it” – making adjustments and calibrations and evaluating observing conditions, he says. Scientific observations should begin in earnest next spring, and Springer says he hopes students will be able to use it even sooner – if another grant is approved for a tracked, all-terrain vehicle needed to reach the observatory during the snowy months.

“I’m very excited about the possibilities with an observatory located on a mountaintop in a region with dark skies,” he says. “We will certainly utilize the facility for education of students and for public outreach opportunities,” including star parties in Salt Lake City that will use the telescope by remote control.