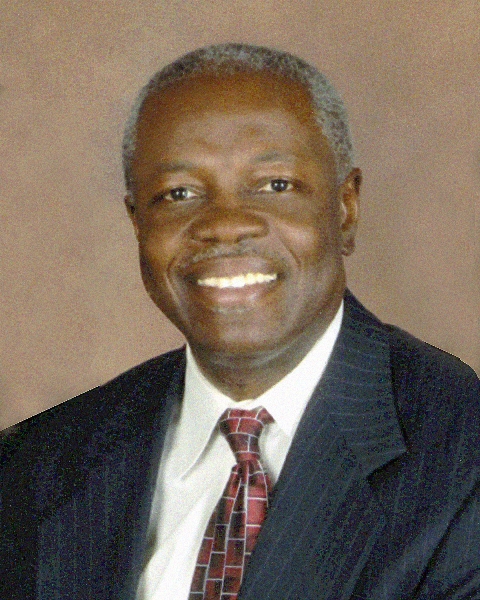 September 24, 2009 — A pioneering model that a University of Utah cardiologist proposes as a cause of heart disease is the kind of creative thinking the National Institutes of Health (NIH) likes to see-and reward with one of its most prestigious honors, a $2.5 million 2009 Pioneer Award.

Ivor J. Benjamin, M.D., professor of internal medicine and biochemistry and the Christi T. Smith Endowed Chair of Cardiovascular Research at the U of U School of Medicine, believes that one of the body’s most powerful antioxidants-molecules generally believed to protect the heart-actually might lead to disease in the heart and other organs when a gene mutation causes the body to overproduce the molecule. His theory, which stirred some controversy when Benjamin presented it in a 2007 study in the journal Cell, represents a paradigm shift in understanding the causes of heart disease. But with the conviction that new and unconventional ideas propel science forward, and after a highly competitive and critical review process, the NIH chose Benjamin to further investigate the idea as one of only 18 researchers to receive a Pioneer Award.

NIH Director Francis Collins, M.D., Ph.D., will present Benjamin and the other recipients their awards in a ceremony this Thursday, Sept. 24, at the agency’s headquarters in Bethesda, Md. Benjamin will receive $500,000 annually for five years to pursue his research. Much of the Pioneer Award program’s appeals is that it encourages researchers to think outside the box while receiving substantial funds to test their ideas, according to Collins.

“The fact that we continue to receive such strong proposals for funding through the program attests to the wealth of creative ideas in so many fields of science today,” he said.

The Pioneer Awards are part of a lager program of 115 grants intended to foster innovative and potentially transformative medical research. The NIH awarded a total of $13.5 million to this year’s Pioneer Award winners.

An estimated 3 million Americans suffer from heart failure, with 500,000 new cases diagnosed annually. Disease that leads to heart failure long has been associated with oxidative stress, the process in which the body produces “free radical” molecules in response to oxygen intake. Once they’re produced, free radicals roam the body, creating chemical reactions that damage organs and other tissue.

To protect cells from free radicals, the body makes antioxidants. Benjamin’s work focuses on a particular antioxidant, reduced glutathione, which is produced when a protein called alpha B-Crystallin unfolds inside of cells. When mutated versions of the human gene that makes alpha B-Crystallin were placed in mice, however, certain metabolic pathways were improperly activated, which led to excessive production of reduced glutathione and heart damage in the animals. Benjamin terms this condition “reductive stress.”

Until recently, reductive stress hasn’t been looked at in the context of disease. But Benjamin showed that mice with too much reduced glutathione had increased heart failure rates, while those with normal levels of the antioxidant did not develop heart failure. Given the role of antioxidants, the theory is counterintuitive, Benjamin acknowledges. But if he’s correct, it could lead to developing an entirely new class of “antireductant” drugs to treat or even prevent heart disease caused by reductive stress. “Our findings show that the potential for reductive stress causing heart disease definitely warrants more investigation,” Benjamin says. “The Pioneer Award will enable us the freedom to investigate the consequences and mechanisms of reductive stress and, hopefully, do the kind of work that can be transformative.”

Benjamin’s research represents the kind of imaginative and searching science that the U of U values in its faculty, according to Lorris Betz, M.D., Ph.D., University of Utah senior vice president for health sciences. “As a research university, we want our investigators to expand the bounds of science, even when that means questioning or contradicting conventional theories and wisdom,” Betz says. “Ivor Benjamin does just that. On behalf of the entire University of Utah health sciences community, I congratulate and applaud Dr. Benjamin for being recognized with this tremendous honor.”

Although the Pioneer Award is in his name, Benjamin is quick to credit his laboratory team and colleagues with making the award possible. “I am honored and humbled to have been chosen for the award,” he says. “But the real story is my multidisciplinary team. They deserve a lot of credit, too.”

For information about the Pioneer Awards go to http://nihroadmap.nih.gov/pioneer.

The NIH will stream tomorrow’s awards ceremony live. Go to http://www.videocast.nih.gov/summary.asp?live=7666 for details.