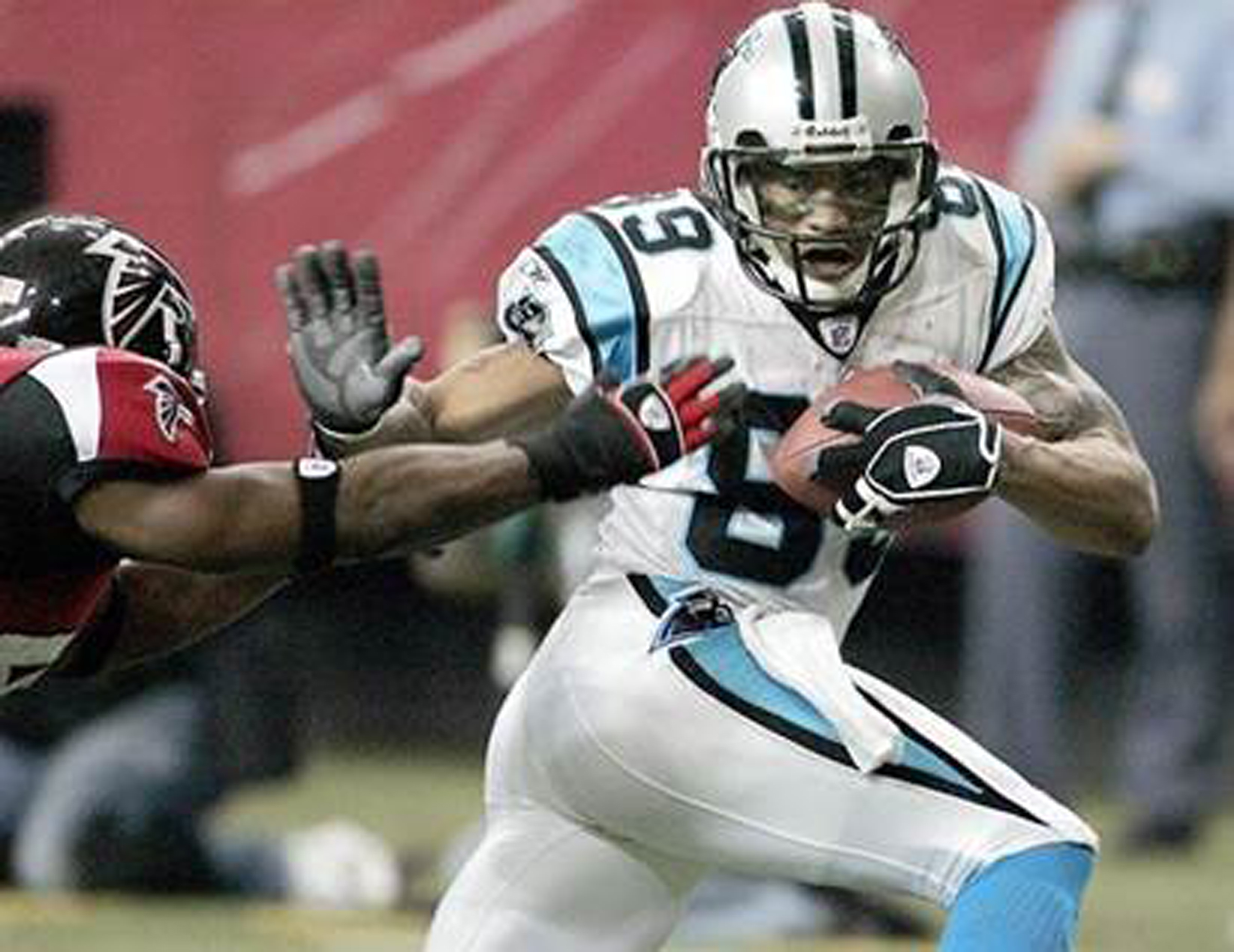 April 10, 2013 – The University of Utah Alumni Association and the Young Alumni Board will host the annual Spring Awards Banquet tonight at Rice-Eccles Stadium, beginning at 6:30 p.m. The evening is dedicated to honoring NFL football star and former U student Steve Smith, director of the University College’s Transfer Center Terese  Pratt, and former Young Alumni Board vice president Jill Briggs.

The Alumni Association will award $425,000 in scholarships to incoming and continuing students this year. Thirteen outstanding seniors will also be recognized at the banquet.

Smith will be in attendance to receive this year’s Par Excellence Award, an honor given to a former student who attended the University of Utah within the last 15 years. The award recognizes outstanding professional achievements and service to the community and the University of Utah. Smith has played for the Carolina Panthers for the past 12 years. He met his wife, Angie, during his first year at the U, and they were married during the bye week in October of 2000. The following April, he was drafted in the third round to the Carolina Panthers. He started his rookie season as a punt/kickoff returner, and over the years, he has become one of the best wide receivers in franchise history. He helped the Panthers to the Super Bowl in in 2003, and in 2011, he was elected to his fifth Pro Bowl.

Pratt, director of the University College’s Transfer Center, will receive this year’s Philip and Miriam Perlman Award for Excellence in Student Counseling. Pratt began her career at the U in the late 1980s, as an instructor and then as an advisor with the Center for Academic Advising. She has been with University College Advising since 2003 and was part of the leadership team that developed the Transfer Center.

Briggs, former vice president of the Young Alumni Board, will receive the Outstanding Alumna Award. Briggs is currently chair of the U’s Business Alumni Association. Over the years, she has been a strong supporter of the Young Alumni Board’s Homecoming 5K race, rounding up sponsorships and runners. She was named as one of the “30 Women to Watch” by Utah Business  magazine in 2009 and was the recipient of the Woman of Courage Award from the American Woman’s Society of Certified Public Accountants in 2012.  She is currently a tax director at PricewaterhouseCoopers. Four years ago, she was diagnosed with brain cancer and is now recovering from her third surgery and undergoing radiation treatment. In each case, she had to strive to recover and regain her skills. Despite all that, in May 2012, after months of training, she ran in the TriUtah Women of Steel Triathlon.

The Alumni Association is dedicated to forging and preserving lifelong relationships with alumni, students and the community. More about membership, news and events is online at http://www.alumni.utah.edu.

The University of Utah, located in Salt Lake City in the foothills of the Wasatch Range, is the flagship institution of higher learning in Utah. Founded in 1850, it serves more than 32,000 students from across the United States and the world. With more than 100 major subjects at the undergraduate level and more than 90 major fields of study at the graduate level, including law and medicine, the University prepares students to live and compete in the global workplace. Learn more about all the U has to offer, by going online to http://www.utah.edu.