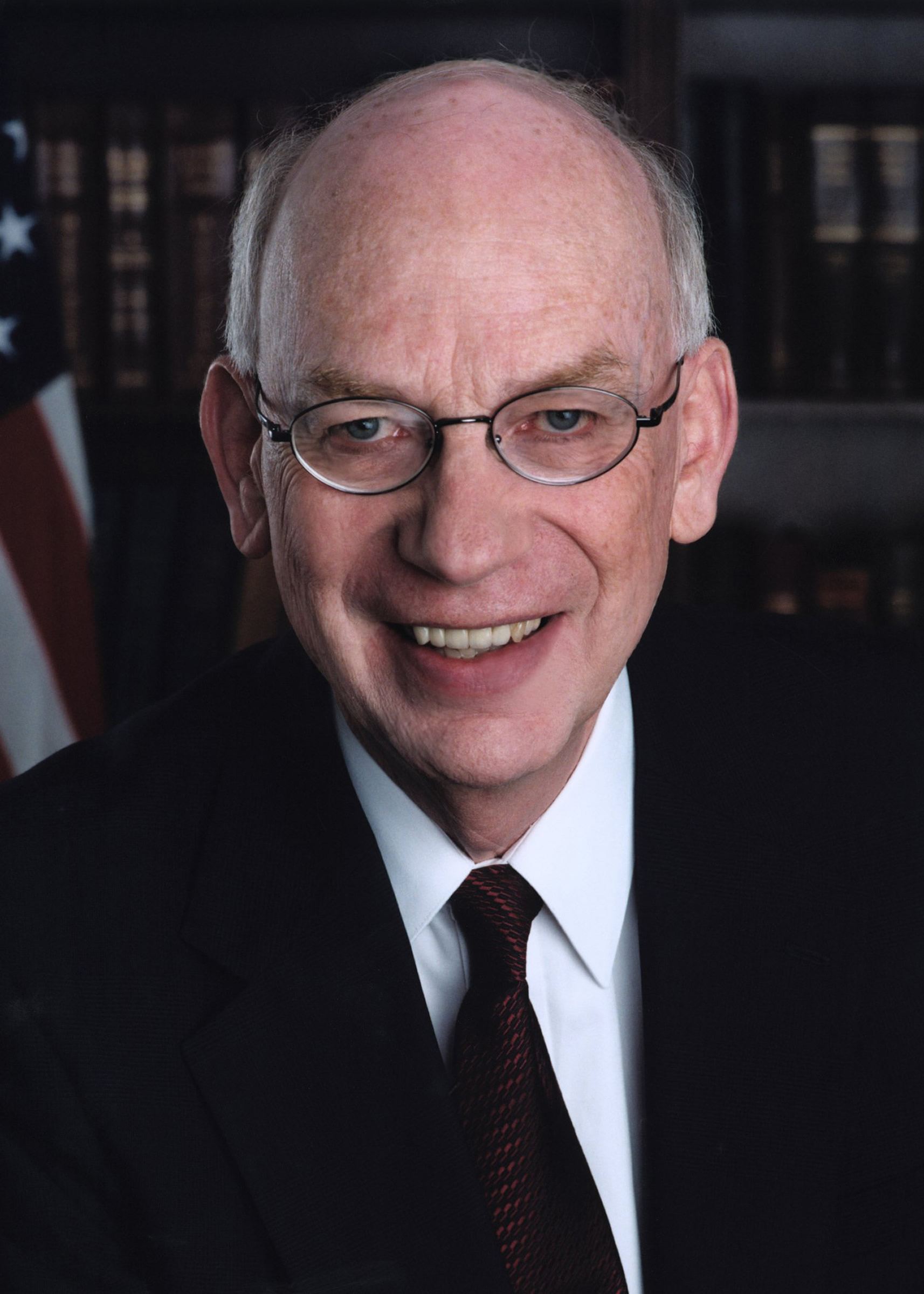 Utah Senator Robert F. Bennett is Chief Deputy Majority Whip and a member of the powerful Senate Appropriations Committee. As vice chairman of the Joint Economic Committee and a senior member of the Senate Banking Committee, Bennett is at the center of national economic policy discussions. He is a former chief executive officer of Franklin Quest. Inc. magazine named him “Entrepreneur of the Year” for the Rocky Mountain Region. Bennett’s dedication to the U began when he served as student body president from 1956-57. He has spearheaded efforts to secure federal funds to advance the University’s causes, ranging from health sciences projects to a new Museum of Natural History.

Edwin E. Catmull is co-founder and president of the world’s leading computer animation company, Pixar Animation Studios, which has created such award-winning films as Toy Story, A Bug’s Life, Toy Story 2, Monsters, Inc., Finding Nemo and The Incredibles. He has been honored with three Scientific and Technical Engineering Awards from The Academy of Motion Picture Arts and Sciences for his work, including an Oscar®. Forty-one of the last 44 films nominated for a visual effects Academy Award® utilized Pixar’s RenderMan technology, which Catmull helped to create. Catmull provides counsel to the College of Engineering and School of Computing and continues to foster connections between computer science and fine arts.

Katherine W. Dumke has made substantial contributions to the University of Utah, including service on the Alumni Board, the Children’s Dance Theatre Advisory Board, the Utah Museum of Fine Arts Board and the College of Nursing Development Board. She is the president of the Katherine W. Dumke and Ezekiel R. Dumke, Jr. Foundation, a major benefactor to the University. She has given generously to the University and made significant gifts to Red Butte Garden and Arboretum and Women’s Gymnastics and Soccer. She has been an advocate in the field of human genetics and has extended her support to those in need through community involvement, including the Junior League and Neighborhood House.

C. A. “Arnie” Ferrin played basketball for the University of Utah more than a half century ago. Through his performance and that of his teammates he brought positive impressions of the University of Utah to the rest of the nation. He was a collegiate and professional athlete, businessman, professional team manager, University administrator and national leader in collegiate athletics. In 1944, playing as a freshman, the native of Ogden, Utah, was named Most Outstanding Player by the National Collegiate Athletics Association (NCAA) Basketball Men’s Division I Championship Tournament. He is one of only two players in history to have played on NCAA, National Invitation Tournament (NIT) and National Basketball Association (NBA) championship teams.

The Reverend Marta Sutton Weeks has generously shared her resources with the University of Utah, making significant gifts to the College of Mines and Earth Sciences and to the College of Humanities. In addition to establishing endowed scholarships in the Department of Geology and Geophysics, she helped send 15 graduate students on a field trip to Kenya. As a philanthropist and civic leader, Weeks supports various programs across the country-from science and humanities to art and music. Weeks has served as a member of the University’s National Advisory Council. She is an Episcopal priest and has served communities in Florida and Utah.

The Most Reverend George H. Niederauer is the eighth bishop of the Roman Catholic Diocese of Salt Lake City, where he is the spiritual shepherd of more than 200,000 Catholics throughout the state of Utah. Prior to his appointment in Utah, Niederauer served as spiritual director, faculty member and rector of St. John’s Seminary in Camarillo, California. He also co-directed the Cardinal Manning House of Prayer in Los Angeles. Niederauer has served and continues to serve on a variety of committees for the United States Conference of Catholic Bishops (USCCB). He is currently the chair of the Utah Coalition Against Pornography. Last year he received the Gandhi Peace Award.