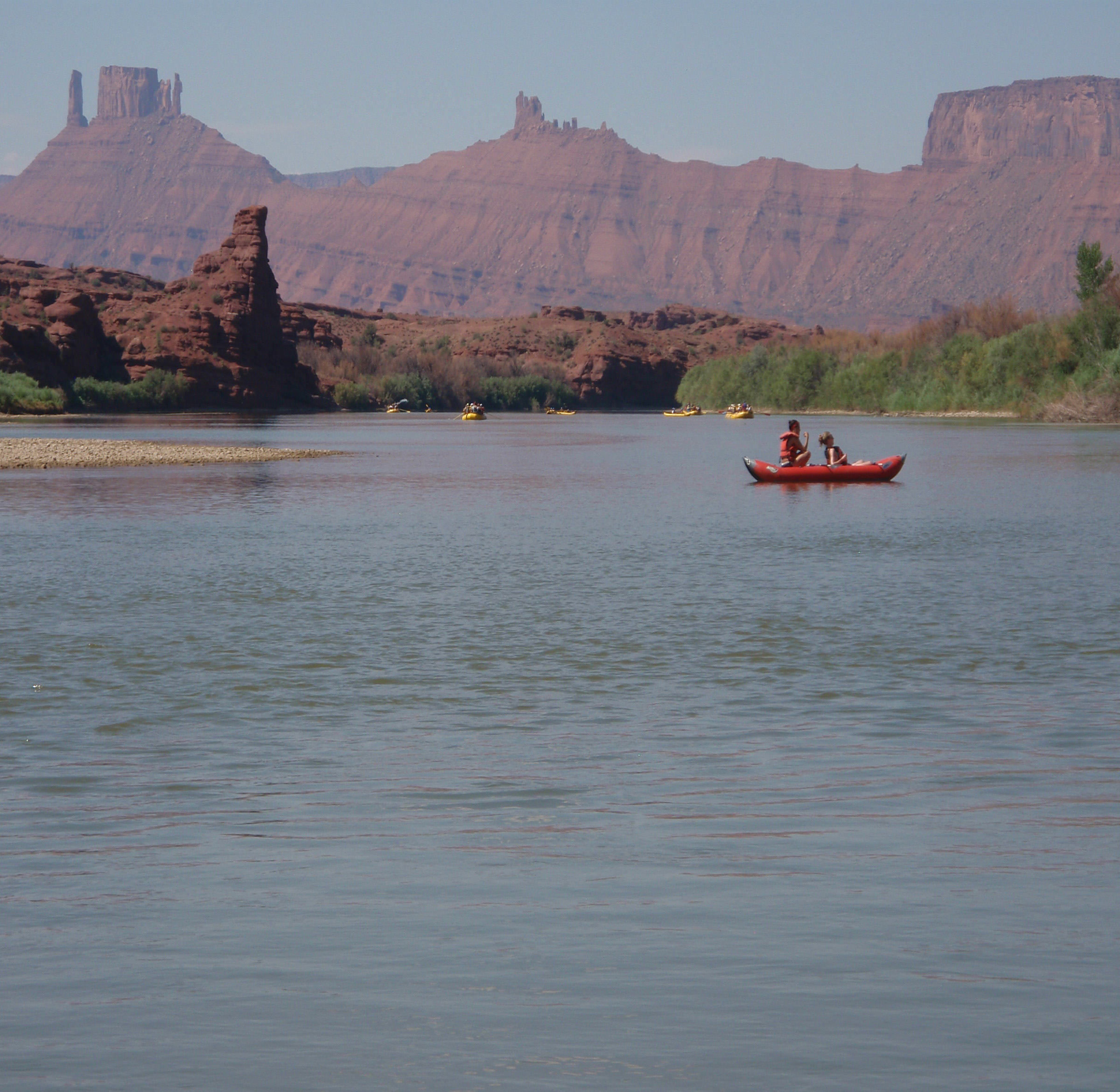 Aug. 14, 2012 – In a new book, University of Utah political science professor and water rights expert Daniel McCool not only chronicles the history of water development agencies in America and the way special interests have abused, rather than preserved, the country’s rivers, he also narrates the second, brighter act in this ongoing story: the surging, grassroots movement to bring these rivers back to life and ensure they remain pristine for future generations.

The culmination of 10 years of research and observation, McCool’s book, “River Republic: The Fall and Rise of America’s Rivers,” confirms the surprising news that America’s rivers are indeed returning to a healthier, free-flowing condition.

In the book’s preface, McCool writes: “I have memories of rivers. I have been moved by their beauty, calmed by their serenity, awed by their power, and at times chastised by their unforgiving force. In many ways the nation has had the same experience.”

The politics of river restoration demonstrates how strong grassroots movements can challenge entrenched powers and win. Through passion and dedication, ordinary people are reclaiming the American landscape, forming a “river republic” of concerned citizens from all backgrounds and sectors of society. As McCool shows, the history, culture, and fate of America is tied to its rivers, and their restoration is a microcosm mirroring American beliefs, livelihoods, and an increasing awareness of what two hundred years of environmental degradation can do.

McCool profiles the individuals he calls “instigators” who initiated the fight for these waterways and, despite enormous odds, have succeeded in the near-impossible task of challenging and changing the status quo. Part one of the volume recounts the history of America’s relationship to its rivers; part two describes how and why Americans “parted” them out, destroying their essence and diminishing their value; and part three shows how society can live in harmony with its waterways, while restoring their well-being—and, by extension, the well-being of those who depend on them.

“River Republic: The Fall and Rise of America’s Rivers” was published August 7, 2012 by Columbia University Press. A discussion of the book and issues it raises will be featured online at the Press’s blog www.cupblog.org.

McCool is professor of political science and director of the University of Utah’s Environmental and Sustainability Studies Program. His research focuses on water resources development, voting rights, Indian water rights, and public lands policy, and he has published widely in such journals as the Cornell Journal of Law and Public Policy, Political Research Quarterly, and the University of Texas Law Review. This is his eighth book.

ABOUT THE ENVIRONMENTAL AND SUSTAINABILITY STUDIES PROGRAM

The University’s ESS Program is an interdisciplinary major providing students with the opportunity to explore human-nature relationships across time and culture and at varied levels of environmental scale.

The academic program is flexible and prepares students to understand the environment from a variety of perspectives, including biology and the natural sciences; humanities and aesthetics; and human behavior, policy and decision making. Undergraduate students can earn either a bachelor of science or bachelor of arts degree.