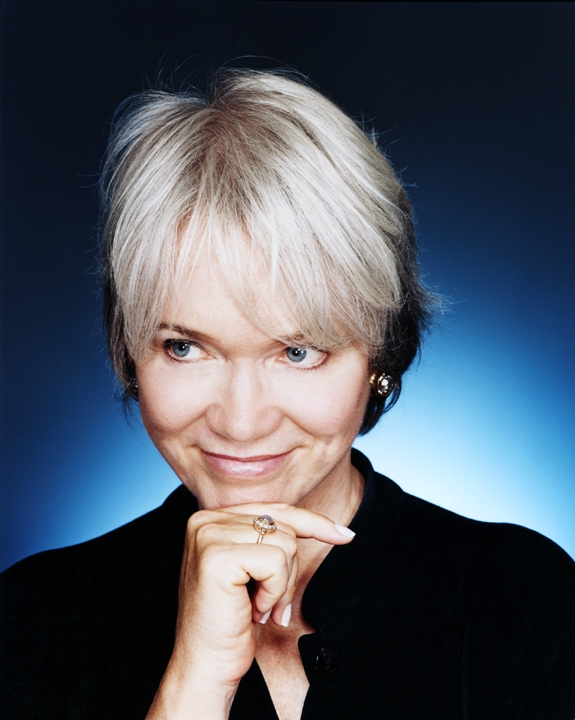 March 28, 2011 – When we think of anthropology, we might think about someone digging in the dirt to uncover facts about the social makeup of ancient civilizations or studying tribes in remote parts of the world that have never been touched by any other humans. On April 4 and 5, Karen Stephenson will highlight a side of anthropology that is getting more attention of late: the study of human interaction in a corporate setting and how social networks might play into it.

Stephenson has made a name for herself as a pioneer and leader in social network business consulting. In 2007, she was one of only three women recognized from a list of 55 in Random House’s Guide to the Management Gurus. Called the “Organization Woman” in a Business 2.0 Magazine profile, Stephenson is a self-proclaimed global nomad who lectures at the Rotterdam School of Management at Erasmus University. Prior to that, she spent five years at Harvard School of Design and ten years at the UCLA Anderson Graduate School of Management. She received her Ph.D. in anthropology at Harvard in 1990.

Stephenson’s visit to the U of U is the result of collaboration of the university’s Department of Anthropology, David Eccles School of Business and College of Social Work. The following is an agenda of her discussions.

Stephenson will break down conventional theories of culture and structure by looking at culture as the smallest social network using a data base of over 500 organizations, from tribal to examples on Wall Street.

Stephenson will discuss how to combat the chronic resistance, modest success and return to status quo that accompanies most efforts at organizational change. She’ll discuss utilizing the human assets of a company and identifying “cultural connectors,” people who key to holding a company’s culture together.

Stephenson will talk about the importance of creating trusted relationships using technologies of LinkedIn, Twitter and Facebook. She’ll show how trust is critical in community issues where people are connecting to solve local problems and jump-start civic projects. She’ll use anthropological insight into projects in Philadelphia and Louisville to reveal that the real power of a social network is results in communities.