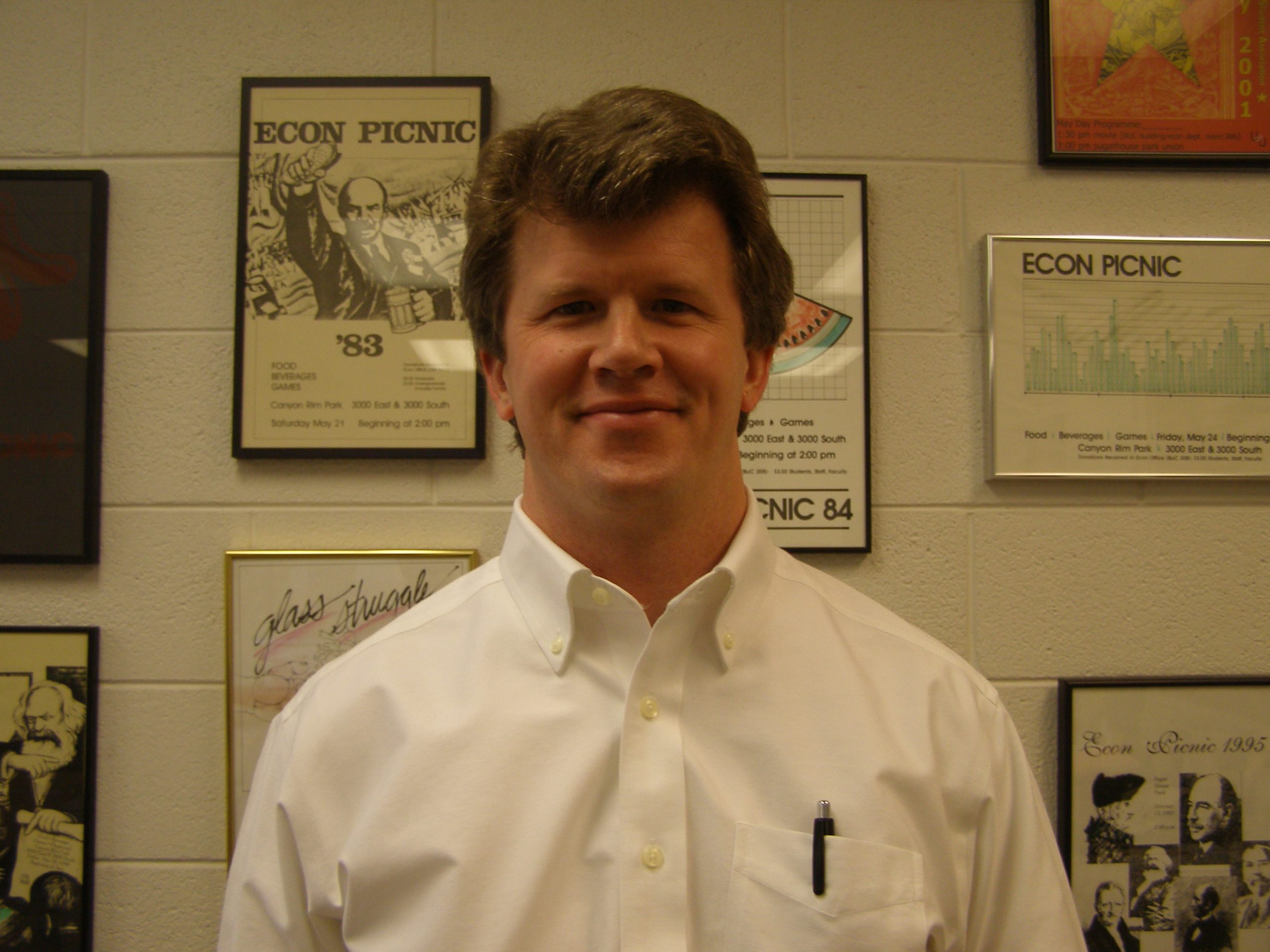 April 6, 2010 – Tom Maloney, associate professor of economics at the University of Utah, will be the new director of the Barbara L. and Norman Tanner Center for Nonviolent Human Rights Advocacy. The announcement was made today by David Rudd, dean of the College of Social and Behavioral Science. Maloney replaces George Cheney who has accepted a position as an endowed chair in Communication Studies at the University of Texas at Austin and will be leaving by the fall of 2010.

Maloney is an economic historian whose areas of research include labor and migration in the United States with a particular focus on racial inequality and migration. Maloney was on the organizing team for the 2008 Tanner Forum which brought academics worldwide to the University of Utah to discuss migration. He is co-editor with Kim Korinek, assistant professor of sociology, of “Migration in the 21st Century: Rights, Outcomes, and Policy.”

“I’m fortunate to carry on the work George Cheney and many others initiated a few years ago,” said Maloney. “My own work is grounded in questions of social justice. I’m attracted to the rigorous inquiry and civil discussion of those questions and I think the Tanner Center is especially suited for that process.”

“We’re asking Tom to build on the good work that’s been done including the emphasis on an interdisciplinary approach to discussing questions of peace and aggression,” remarked Rudd. “We also hope to increase both the roles of our students in center activities and our community outreach under Tom’s direction.”

The Barbara L. and Norman C. Tanner Center for Nonviolent Human Rights Advocacy seeks to promote the understanding of human rights on all levels of our society and, wherever possible, to encourage nonviolent conflict resolution and peacemaking. Since its founding in January of 2006, the Center, based in the College of Social and Behavioral Science at the University of Utah, has engaged the larger community as well as the campus in a variety of practical and academic programs.

The annual conference assembles renowned researchers and community practitioners to discuss pressing issues such as the social aspects of terrorism (2007); migration, rights and identities (2008); and the evolution of human aggression (2009). Next year’s conference (2011) will focus on conflicts over water and their implications for rights.

Each forum includes reports on cutting-edge research, practical projects and policy formation. Above all, the conference encourages lively, informed debate and dialogue on questions of importance to our community, nation and world. The Center itself is non-partisan and non-political but assumes responsibility for creating a space where difference of opinion can flourish and mutual understanding can be sought. All conference events are free and open to the public.