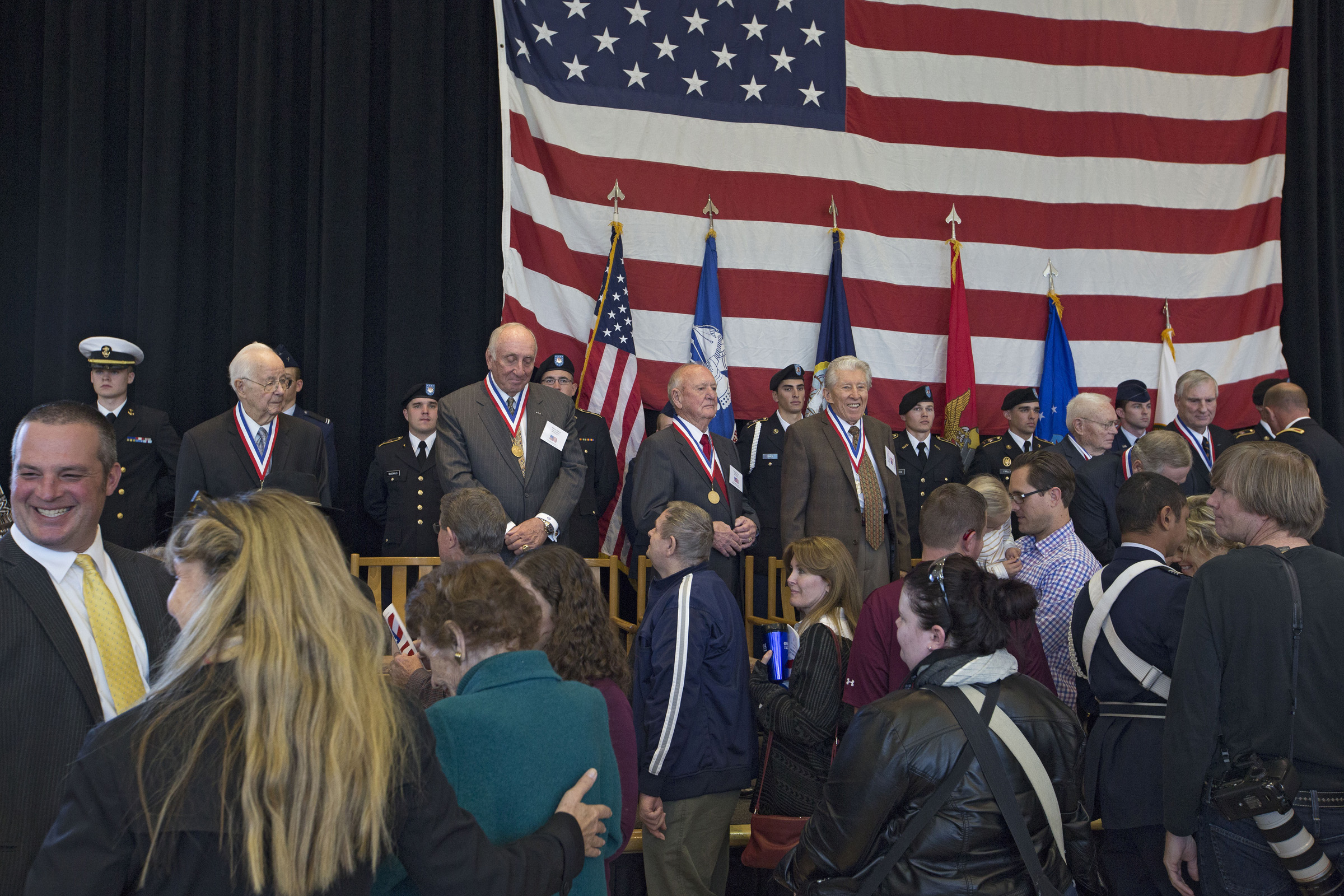 March 4, 2014 – Members of the public are encouraged to nominate a Utah Veteran to be honored at the University of Utah’s 17th annual Veterans Day commemoration Monday, Nov. 11, 2014, in the A. Ray Olpin Union building.

Honorees are selected after a thorough examination of their military service by a panel of fellow veterans, military experts, university faculty and staff, and the public. The nominee must currently live in Utah and be able and willing to talk about his or her experiences in the armed forces. While all nominations will be considered, regardless of the time period and conditions under which the veteran served, special attention will be given to those who have been in harm’s way. The 11 veterans selected will receive a commemorative medallion and individual recognition at a public ceremony in the U of U ballroom on Veterans Day.

Nomination forms are available at the Veterans Support Center on campus and online here. Information about past honorees and photos of previous ceremonies can also be found there.