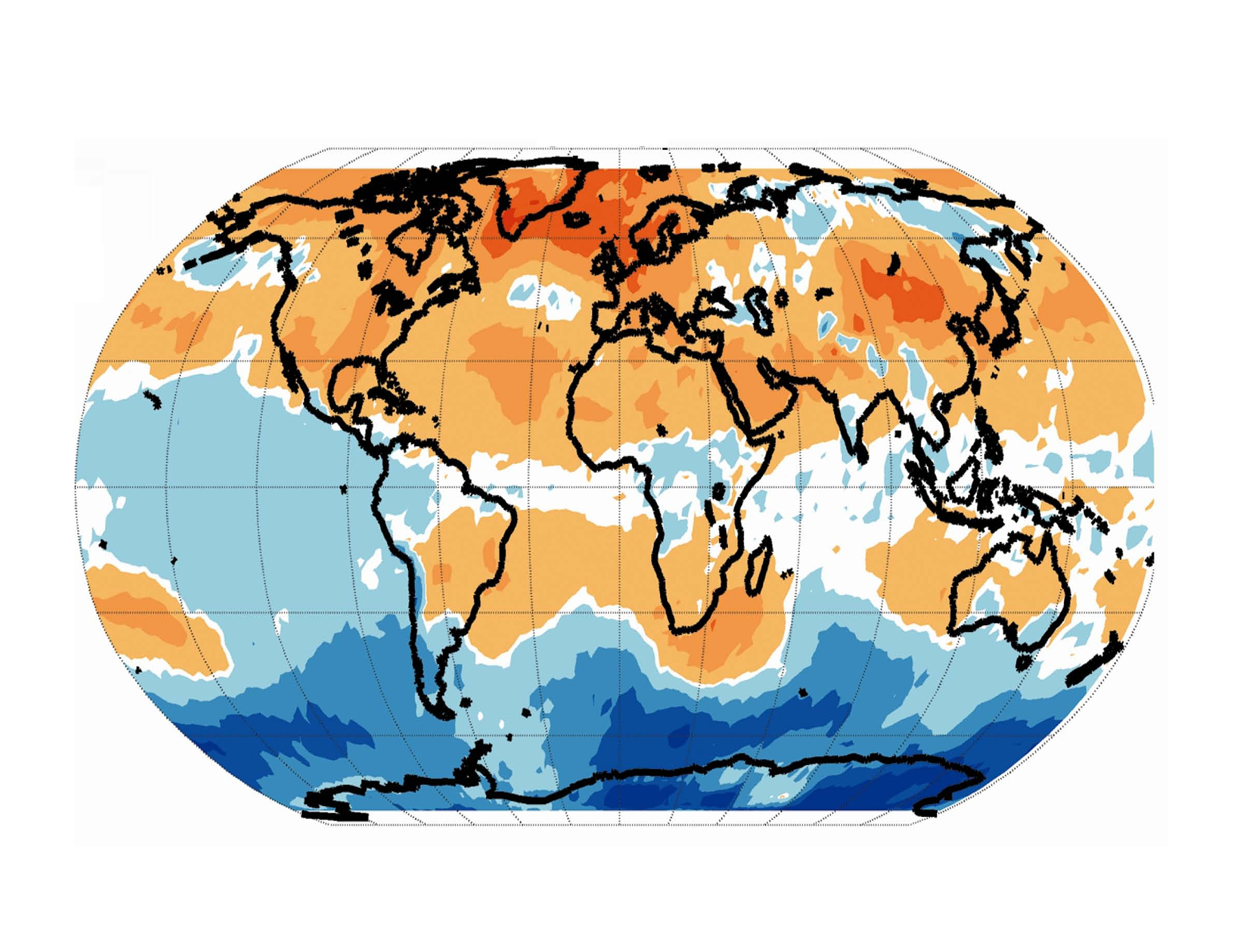 May 25, 2006 – Atmospheric temperature measurements by U.S. weather satellites indicate Earth’s hot, tropical zone has expanded farther from the equator since 1979, says a study by scientists from the University of Utah and University of Washington.

Researchers say the apparent north-south widening of the tropics amounts to 2 degrees of latitude or 140 miles. But they do not know yet if the tropical expansion was triggered by natural climate variation or by human-caused phenomena such as depletion of the atmosphere”s ozone layer or global warming due to the greenhouse effect.

The study is being published in the Friday May 26 issue of the journal Science.

“It’s a big deal. The tropics may be expanding and getting larger,” says study co-author Thomas Reichler, an assistant professor of meteorology at the University of Utah. “If this is true, it also would mean that subtropical deserts are expanding into heavily populated midlatitude regions.”

Droughts and unusually dry conditions in recent years in the subtropical American Southwest and Mediterranean Europe may be related to expansion of the tropics, he added.

Reichler said the study makes no conclusion about the cause of the tropical expansion, but is purely observational, based on 1979-2005 measurements by the TIROS-N and NOAA 6, 7, 8, 9, 10, 11, 12 and 14 weather satellites. NOAA is the National Oceanic and Atmospheric Administration, parent agency of the National Weather Service.

There has been debate over the interpretation of atmospheric temperature measurements collected by microwave sounding units (MSUs) on the weather satellites. But Science reported in a May 12 news story (“No Doubt About It, the World Is Warming,” page 825) that scientists with competing views hashed out their differences and now agree the weather satellite data show warming of the lower atmosphere, or troposphere, which extends from the ground up to 55,000 feet at the equator and 23,000 feet at the poles.

While those measurements dealt with global averages, the new study shows specifically that Earth’s midlatitudes got about 1.5 degrees Fahrenheit warmer during the past 26 years, suggesting there has been a change in the average position of the subtropical jet streams. These rivers of air – one in the Northern Hemisphere and one in the Southern Hemisphere – move west to east and mark the meteorological transition from tropical to subtropical climates.

“We analyzed 26-year-long satellite measurements of atmospheric temperatures and found a distinct and very robust pattern of warming, which suggests that each subtropical jet stream has moved poleward by about 1 degree latitude,” Reichler says. “This poleward movement took place over both hemispheres, indicating that the tropics have been widening. … Independent [weather balloon] observations of the atmosphere confirm these findings.”

He adds: “The possible expansion of the tropics may be a totally new aspect of climate change. We don’t know for sure what triggered it. My research is investigating whether it is related to global warming or not. … One can certainly think of various mechanisms of how global warming-related changes in the atmosphere could induce the changes we see. But it’s very speculative at this point. That’s what our research is going to look at.”

The subtropics – which also tend to have hot climates – are the indefinite belts in the Northern and Southern Hemispheres that are between tropical and temperate zones. The U.S. desert Southwest is considered subtropical, Reichler says.

Earth has two polar jet streams at polar latitudes, one in each hemisphere, and two subtropical jet streams closer to the equator, also one in each hemisphere. The jet streams, at altitudes of roughly 30,000 feet, are relatively narrow streams or tubes of high-speed air moving generally west-to-east, but in a path that meanders widely in a north-south direction. They represent boundaries between warm, tropical air masses and cooler air closer to the poles. In the Northern Hemisphere, the polar jet stream generally is found between 30 degrees and 70 degrees north latitude, while the subtropical jet stream generally is confined between 20 degrees and 50 degrees north latitude.

The average position of each subtropical jet stream marks the location of dry, subtropical desert regions on the land below, such as southwestern United States. But in winter, Pacific cyclones can move along the track of the jet, bringing storms to California.

Pushing the Subtropical Jets toward the Poles

The study implies that warmer midlatitude temperatures mean the subtropical jet streams have moved farther from the equator based on the idea that warmer air makes the lower atmosphere, or troposphere, expand and bulge upward. Thus, warmer midlatitude temperatures create a bulge that pushes the subtropical jet streams toward the poles.

The study found that while the lower atmosphere or troposphere at midlatitudes got warmer during the past 25 years, the overlying stratosphere got cooler.

“This pattern of warming in the troposphere where we live and cooling of the stratosphere above may actually cause a change of the jet positions,” Reichler says.

Global warming might cause tropical expansion another way, he adds. The El Nino climate phenomenon – characterized by a pool of warm water in the western tropical Pacific moving eastward toward the Americas – often causes warmer, drier summers at midlatitudes. Other studies have shown tropical sea surface temperatures have warmed during the past 25 years. If ocean warming by El Nino can cause warmer, drier summers, then so should a general increase in tropical ocean temperatures – a possible mechanism for tropical expansion, Reichler says.

If global warming isn’t responsible for tropical expansion, another possible cause is the depletion of the stratospheric ozone layer due to pollutants such as refrigerant gases. Ozone loss cools the stratosphere while the troposphere warms – the same pattern from global warming due to greenhouse gases.