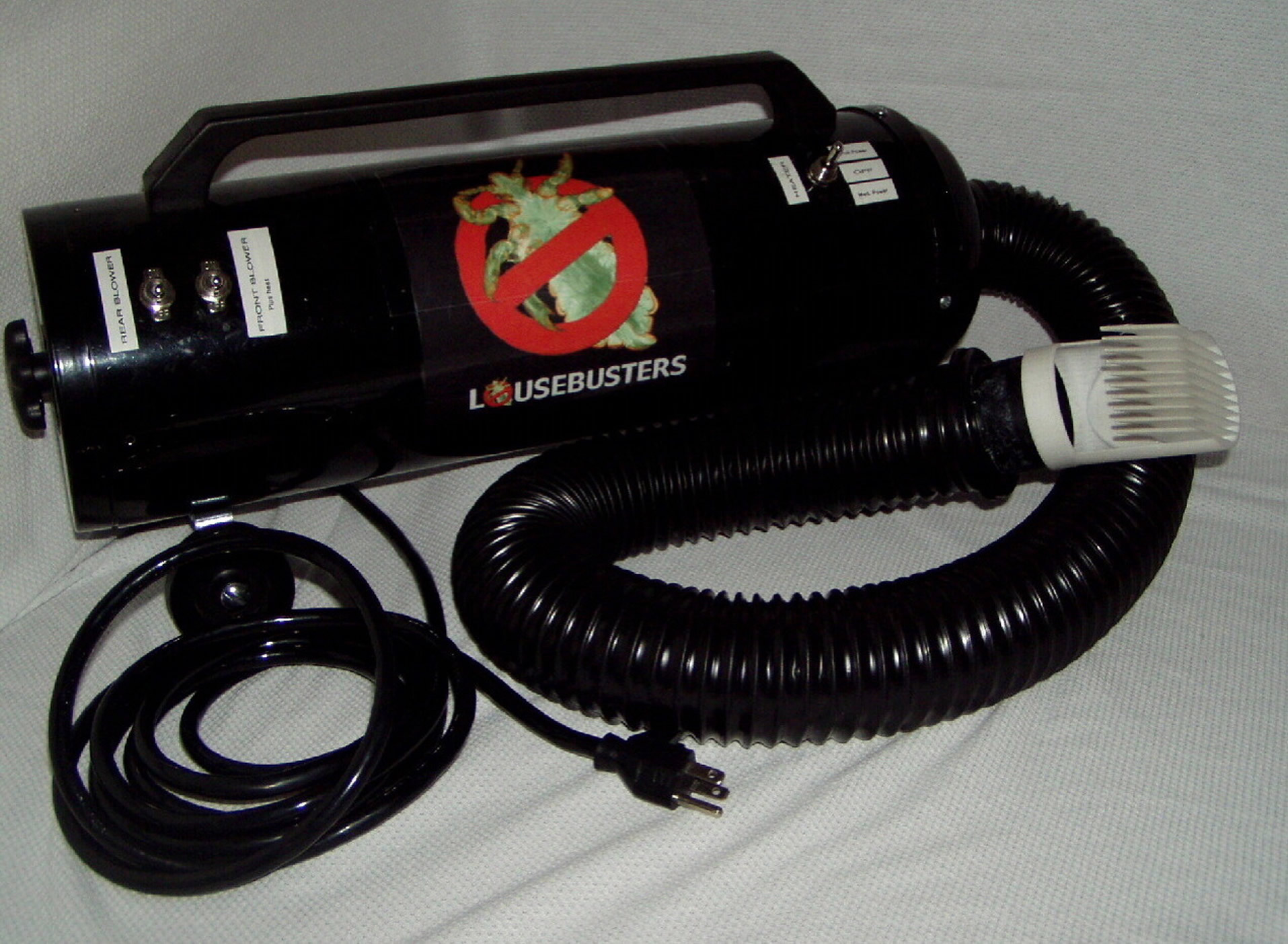 Nov. 6, 2006 – University of Utah biologists invented a chemical-free, hairdryer-like device – the LouseBuster – and conducted a study showing it eradicates head lice infestations on children by exterminating the eggs or “nits” and killing enough lice to prevent them from reproducing.

The study – published in the November 2006 issue of the journal Pediatrics – “shows our invention has considerable promise for curing head lice,” says Dale Clayton, a University of Utah biology professor who led the research and co-invented the machine.

“It is particularly effective because it kills louse eggs, which chemical treatments have never done very well,” he says. “It also kills hatched lice well enough to eliminate entire infestations. It works in one 30-minute treatment. The chemical treatments require multiple applications one to two weeks apart.”

The LouseBuster now is in early stages of commercial development by a University of Utah spinoff company, Larada Sciences, for which Clayton is chief scientific officer. Patents are pending on the LouseBuster technology, which Clayton hopes will be on the market within two years for use in schools and clinics.

“Each year, millions of children are infested with head lice, a condition known as pediculosis, which is responsible for tens of millions of lost school days,” the study’s authors write. “Head lice have evolved resistance to many of the currently used pediculicides [insecticide shampoos]. … Hot air is an effective, safe treatment and one to which lice are unlikely to evolve resistance.”

The device blows warm air through a flexible hose, which has a rake-like hand piece on the end. It apparently kills lice and nits by drying them out, not by heating them. Clayton urges parents not to use hair dryers to try to kill head lice.

“We don’t want kids getting burned by parents who think it’s the heat” that kills lice, he says. “This thing is actually cooler than a hair dryer, but requires twice as much air flow, and the special hand piece is critical because, unless you expose the roots of the hair, it doesn’t work. And it’s difficult to do that with a regular comb.”

Clayton conducted the study with Brad Goates, a University of Utah medical student who wrote his master’s thesis about the LouseBuster; Joseph Atkin, Kevin Wilding, Kurtis Birch and Michael Cottam, all of whom worked in Clayton’s lab as undergraduates; and Sarah Bush, who is Clayton’s wife and co-directs the Center for Alternate Strategies of Parasite Removal, a state-funded Center of Excellence working to commercialize the LouseBuster. Clayton, Atkin and Wilding co-invented the device.

How Hot-Air Treatments for Lice Were Studied

“The cool thing about the machine is, it works – unlike many other treatments that haven’t been rigorously tested,” Clayton says. “It came out of basic research, completely unplanned.”

Clayton’s research focuses on birds and the lice that infest them. But when he moved to the University of Utah in 1996, he couldn’t keep lice alive on laboratory birds because Utah’s air was too dry. He had to humidify bird rooms to keep lice alive.

About the same time, his two children – Mimi and Roger, now 13 and 16, respectively – got head lice, “and we wondered if there was a way to kill head lice by drying them out,” Clayton says. “We started trying different methods of desiccation using hot air like conventional hair dryers, but those didn’t work well.”

In the new study, the researchers tested six ways of applying hot air to children’s lice-infested scalps. The tests were conducted during 2001-2005 on 169 infested children who were solicited for the study by flyers distributed in dozens of Salt Lake Valley schools. The study was approved by the university’s Institutional Review Board, which reviews research involving human subjects. Parents and children signed consent forms.

Children were excluded from the study if they had used other head lice treatments within the previous two weeks. Clayton dispatched his students in pairs to the homes of infested children to test the various methods. After completion of each treatment trial, each participant was paid $10 and given conventional treatments for lice.

Some 94 percent of the children were girls, who are more likely to have bad infestations because their hair is longer and they have more head-to-head contact on the playground, Clayton says.

Before treatment, the researchers combed one side of each child’s head to remove all visible lice and nits, which were placed in an incubator. Then, the entire scalp was treated with one of the six methods being tested. After treatment, the other side of the scalp was combed for the same amount of time as the first side, with removed lice and nits also placed in an incubator.

The researchers used a dissecting microscope to count the number of live and dead lice from each side of the scalp. They re-examined them up to 18 hours later to make sure all were dead. Nits were incubated for two weeks to see how many hatched.

“Effectiveness of the different treatment methods was assessed by comparing the percentage of dead lice and non-hatching eggs on the pre- and post-treatment sides of the scalp,” the researchers explain. The researchers measured the temperature and volume of hot air in each method and kept track of any discomfort.

No household cleaning measures were taken because they are not considered essential; head lice cannot survive more than 24 hours off a host’s head.

Each of the six treatment methods took 30 to 35 minutes and used air at about 140 degrees Fahrenheit. Here are the treatments, from least to most effective:

The 80 percent kill rate was high enough to prevent remaining lice from breeding – possibly due to stress or sterilization – so “virtually all subjects were cured of head lice when examined one week following treatment with the LouseBuster,” the scientists write.

Children and their parents reported none of the treatments had adverse effects. Kids reported less discomfort from the LouseBuster than from any other method.

Clayton estimates it cost $500,000 to develop and test the LouseBuster, with funding from the Utah Centers of Excellence program, University of Utah, Primary Children’s Medical Center Foundation and the National Pediculosis Association.

“Although head lice do not produce an illness per se, they are physically and psychologically unpleasant for the child and an exasperating problem for parents and school authorities,” the scientists write.

Louse combs are used to remove the eggs or nits, an effective procedure, but one that requires many hours over several days. “Most parents do not have the time or patience to comb out all the lice and eggs,” Clayton and colleagues write.

Some parents resort to home remedies such as bug spray, mayonnaise or kerosene. “These remedies can harm the child and there is little hard evidence that they are effective,” the researchers say.

Some of the scientists’ relatives got infested during the study. Clayton’s kids, Mimi and Roger, volunteered to be infested with lice and then were treated successfully.

“They like to shock their friends by telling them they served as guinea pigs in their dad’s research,” Clayton says. “I’m waiting for the authorities to show up. They haven’t yet.”

Another researcher had a relative participate involuntarily. In the study’s acknowledgements, Atkin says he “wishes to apologize to his wife (again) for accidentally giving her head lice.”