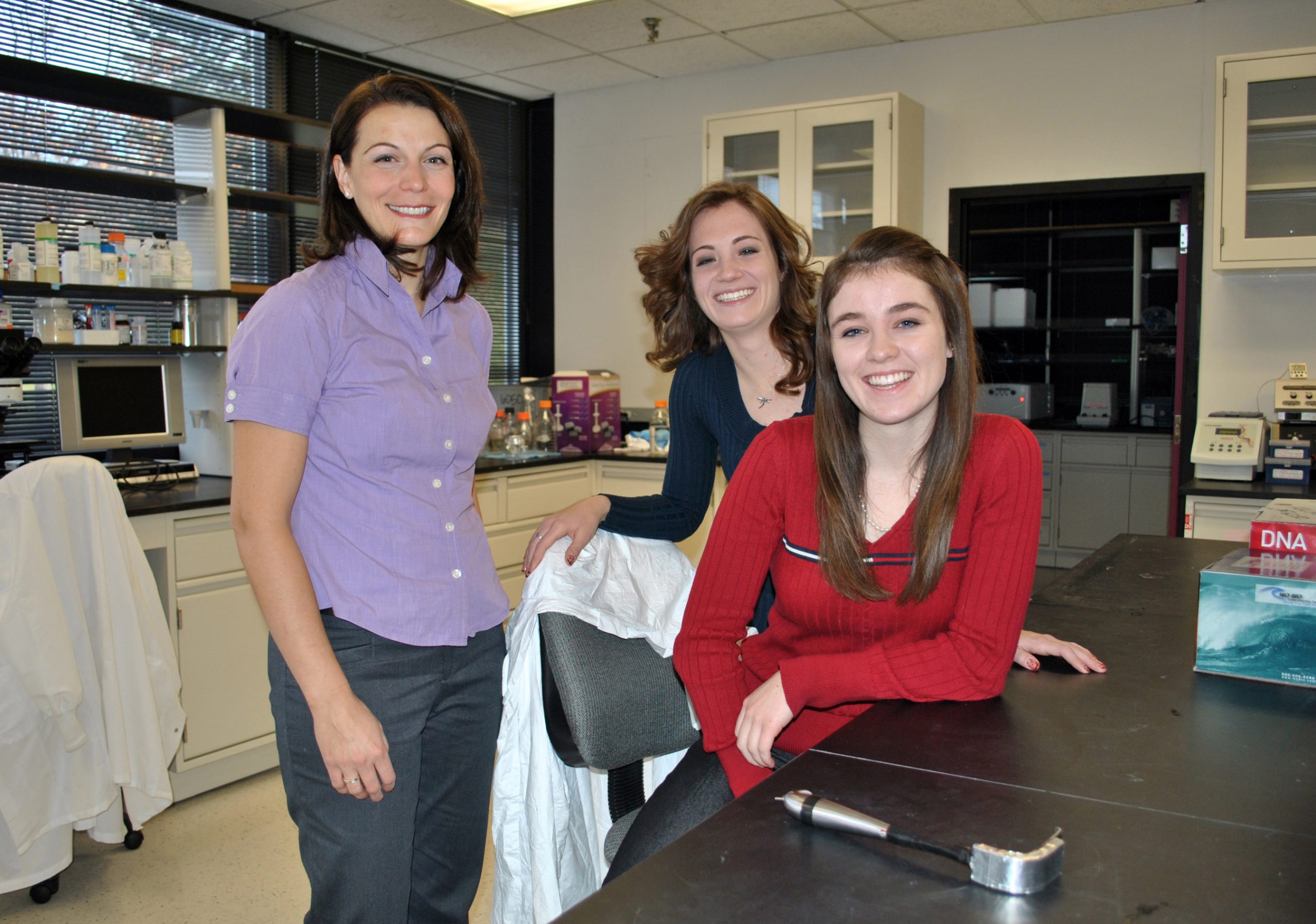 Dec. 15, 2011—Biomedical engineering sophomores Jessica Ashmead and Annicka Carter are getting a first-hand look at what it takes to invent and commercialize a medical device. They developed a surgical retractor with a battery-powered LED in a freshman bioengineering class at the University of Utah. They call it the OptiGuide. So far, they have received national recognition for their efforts and started the patent process with hopes of eventually selling their device to hospitals across the country.

The young women started the project in spring 2011 while in a class called “Invent.” Their assignment was to come up with a concept for a product, then spend the semester researching and developing their idea.

“After talking to local surgeons about the effectiveness of current lighting in an operating room, we discovered that there was room for improvement,” says 20-year-old Carter. “Although the light intensity in the operating room is great, shadows occupy the actual surgical cavity, making it more difficult than expected for surgeons to see what they are doing. We decided to design a tool that would get the light as close to the surgical cavity as possible.”

“Next we are going to really research what the market wants and build an even better prototype so we can apply for a full patent next May,” 20-year-old Ashmead says. “This experience has motivated me to want to invent devices that really make a difference in the world. I want to do well in school, so I can get a job that allows me to do that all the time.”

Other similar medical retractors exist in the marketplace, so it is a big hurdle for OptiGuide to secure a full patent and market their device while proving how their retractor is unique. The team just started working with the Technology Commercialization Office to address this question, but they hope the OptiGuide’s battery power supply and the position of the lights is enough to make their device distinct.

Professor Holly Holman taught the class where Ashmead and Carter first came up with their idea. Holman mentored the young women and encouraged them to enter the Collegiate Inventors Competition after noticing their dedication and the potential for the OptiGuide.

“They really stood out because they had the most detailed notebooks, and they made a prototype on their own during the semester, which was not part of any assignment for the class,” says Holman, who accompanied the students at the award ceremony in Washington, D.C. and continues to mentor them. “It was always a treat when they came to ask me questions, because they were so enthusiastic about their idea.”

The Collegiate Inventors Competition is organized by Invent Now, a national nonprofit organization, and it is open to university students from across the country. Eighty graduate and undergraduate teams entered the competition this year — of those, 11 became finalists. The OptiGuide team was different for being one of the few finalists to be composed of freshmen or sophomores. During the final judging in Washington, D.C., the students presented their ideas before a prestigious panel of inventors, including National Hall of Fame inductees Marcian Hoff (microprocessor), Alois Langer (implantable defibrillator) and James West (electret microphone).

OptiGuide was also a finalist in the annual techTITANS competition at the University of Utah. TechTITANS is one of several idea and business competitions offered through the Lassonde Entrepreneur Center and the David Eccles School of Business. Related competitions include Opportunity Quest (a business summary competition) and the Utah Entrepreneur Challenge (a full business plan competition). These programs and courses like Invent are designed to inspire students to become inventors and entrepreneurs.

“It’s amazing what these young women have been able to accomplish with the help of their faculty mentors and the innovative programs offered at the U,” says Troy D’Ambrosio, director of the U’s Lassonde Entrepreneur Center who works closely with student teams like Ashmead and Carter. “The University of Utah has been very successful at attracting exceptional students and cultivating a culture of innovation that helps inspire students and faculty to invent new products and start companies.”

The Lassonde Center works closely with the Invent class. Its involvement includes providing a prize for the winners of a competition at the end of the year.

The Technology Venture Development office also supports related programs and services at the U. It coordinates all commercialization activities across campus, from invention disclosures and patents to startup formation and licensing. It also sponsors many programs that help students learn about innovation and entrepreneurship.

Find more information about the Collegiate Inventors Competition at http://www.invent.org/collegiate/. Learn more about innovation and entrepreneurship at the University of Utah at www.lassonde.utah.edu and www.techventures.utah.edu.