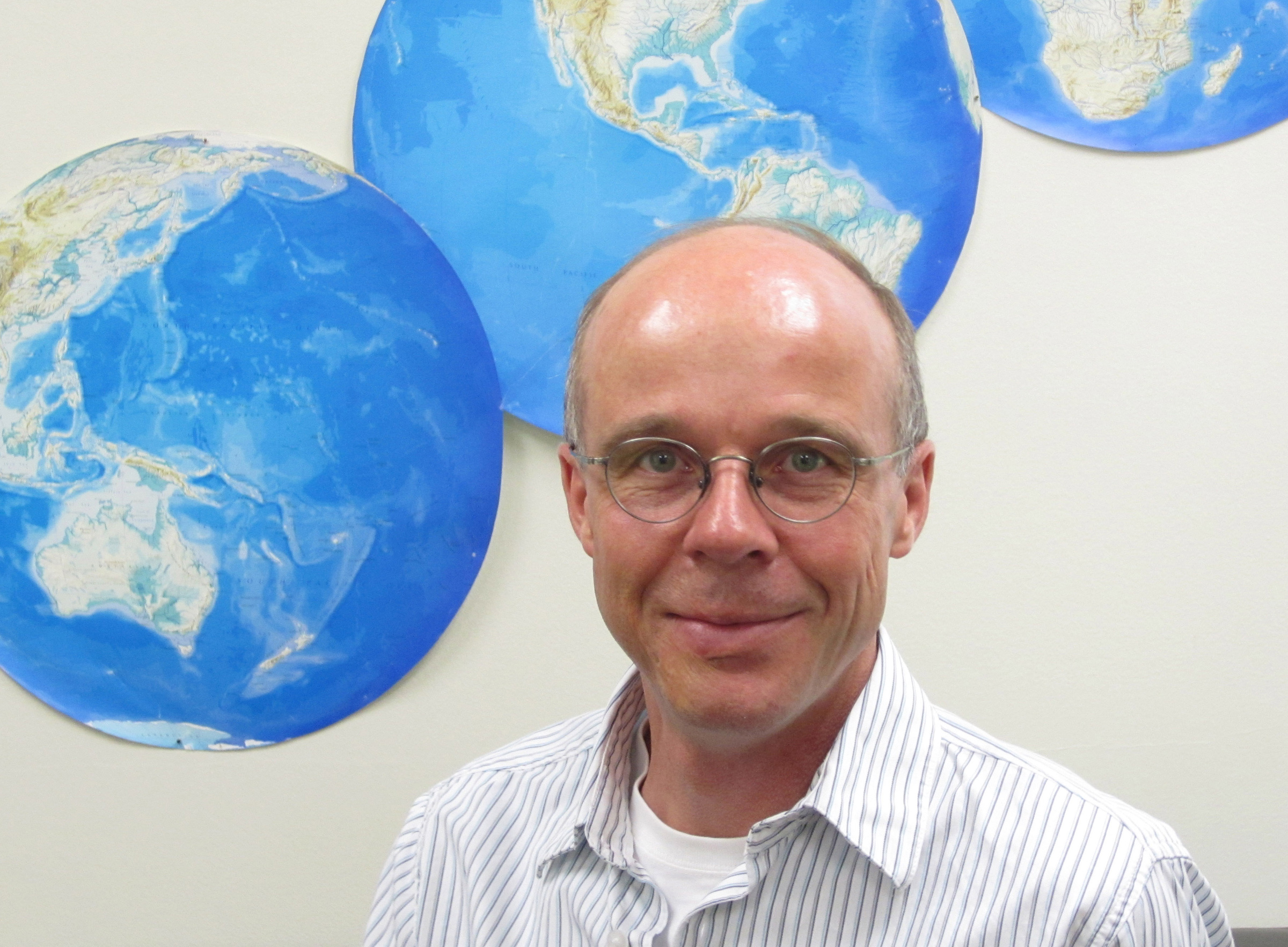 Sept. 23, 2012 – A University of Utah study suggests something amazing: Periodic changes in winds 15 to 30 miles high in the stratosphere influence the seas by striking a vulnerable “Achilles heel” in the North Atlantic and changing mile-deep ocean circulation patterns, which in turn affect Earth’s climate.

“We found evidence that what happens in the stratosphere matters for the ocean circulation and therefore for climate,” says Thomas Reichler, senior author of the study published online Sunday, Sept. 23 in the journal Nature Geoscience.

Scientists already knew that events in the stratosphere, 6 miles to 30 miles above Earth, affect what happens below in the troposphere, the part of the atmosphere from Earth’s surface up to 6 miles or about 32,800 feet. Weather occurs in the troposphere.

Reichler and colleagues used weather observations and 4,000 years worth of supercomputer simulations of weather to show a surprising association between decade-scale, periodic changes in stratospheric wind patterns known as the polar vortex, and similar rhythmic changes in deep-sea circulation patterns. The changes are:

— “Stratospheric sudden warming” events occur when temperatures rise and 80-mph “polar vortex” winds encircling the Artic suddenly weaken or even change direction. These winds extend from 15 miles elevation in the stratosphere up beyond the top of the stratosphere at 30 miles. The changes last for up to 60 days, allowing time for their effects to propagate down through the atmosphere to the ocean.

— Changes in the speed of the Atlantic circulation pattern – known as Atlantic Meridional Overturning Circulation – that influences the world’s oceans because it acts like a conveyor belt moving water around the planet.

Sometimes, both events happen several years in a row in one decade, and then none occur in the next decade. So incorporating this decade-scale effect of the stratosphere on the sea into supercomputer climate simulations or “models” is important in forecasting decade-to-decade climate changes that are distinct from global warming, Reichler says.

A Vulnerable Soft Spot in the North Atlantic

“The North Atlantic is particularly important for global ocean circulation, and therefore for climate worldwide,” Reichler says. “In a region south of Greenland, which is called the downwelling region, water can get cold and salty enough – and thus dense enough – so the water starts sinking.”

It is Earth’s most important region of seawater downwelling, he adds. That sinking of cold, salty water “drives the three-dimensional oceanic conveyor belt circulation. What happens in the Atlantic also affects the other oceans.”

Reichler continues: “This area where downwelling occurs is quite susceptible to cooling or warming from the troposphere. If the water is close to becoming heavy enough to sink, then even small additional amounts of heating or cooling from the atmosphere may be imported to the ocean and either trigger downwelling events or delay them.”

Because of that sensitivity, Reichler calls the sea south of Greenland “the Achilles heel of the North Atlantic.”

From Stratosphere to the Sea

In winter, the stratospheric Arctic polar vortex whirls counterclockwise around the North Pole, with the strongest, 80-mph winds at about 60 degrees north latitude. They are stronger than jet stream winds, which are less than 70 mph in the troposphere below.           But every two years on average, the stratospheric air suddenly is disrupted and the vortex gets warmer and weaker, and sometimes even shifts direction to clockwise.

Reichler’s study ventured into new territory by asking if changes in stratospheric polar vortex winds impart heat or cold to the sea, and how that affects the sea.

It already was known that that these stratospheric wind changes affect the North Atlantic Oscillation – a pattern of low atmospheric pressure centered over Greenland and high pressure over the Azores to the south. The pattern can reverse or oscillate.

Because the oscillating pressure patterns are located above the ocean downwelling area near Greenland, the question is whether that pattern affects the downwelling and, in turn, the global oceanic circulation conveyor belt.

Observations and Simulations of the Stratosphere-to-Sea Link

In the 1980s and 2000s, a series of stratospheric sudden warming events weakened polar vortex winds. During the 1990s, the polar vortex remained strong.

“The weakening and strengthening of the stratospheric circulation seems to correspond with changes in ocean circulation in the North Atlantic,” Reichler says.

To reduce uncertainties about the observations, the researchers used computers to simulate 4,000 years worth of atmosphere and ocean circulation.

“The computer model showed that when we have a series of these polar vortex changes, the ocean circulation is susceptible to those stratospheric events,” Reichler says.

To further verify the findings, the researchers combined 18 atmosphere and ocean models into one big simulation, and “we see very similar outcomes.”

The study suggests there is “a significant stratospheric impact on the ocean,” the researchers write. “Recurring stratospheric vortex events create long-lived perturbations at the ocean surface, which penetrate into the deeper ocean and trigger multidecadal variability in its circulation. This leads to the remarkable fact that signals that emanate from the stratosphere cross the entire atmosphere-ocean system.”