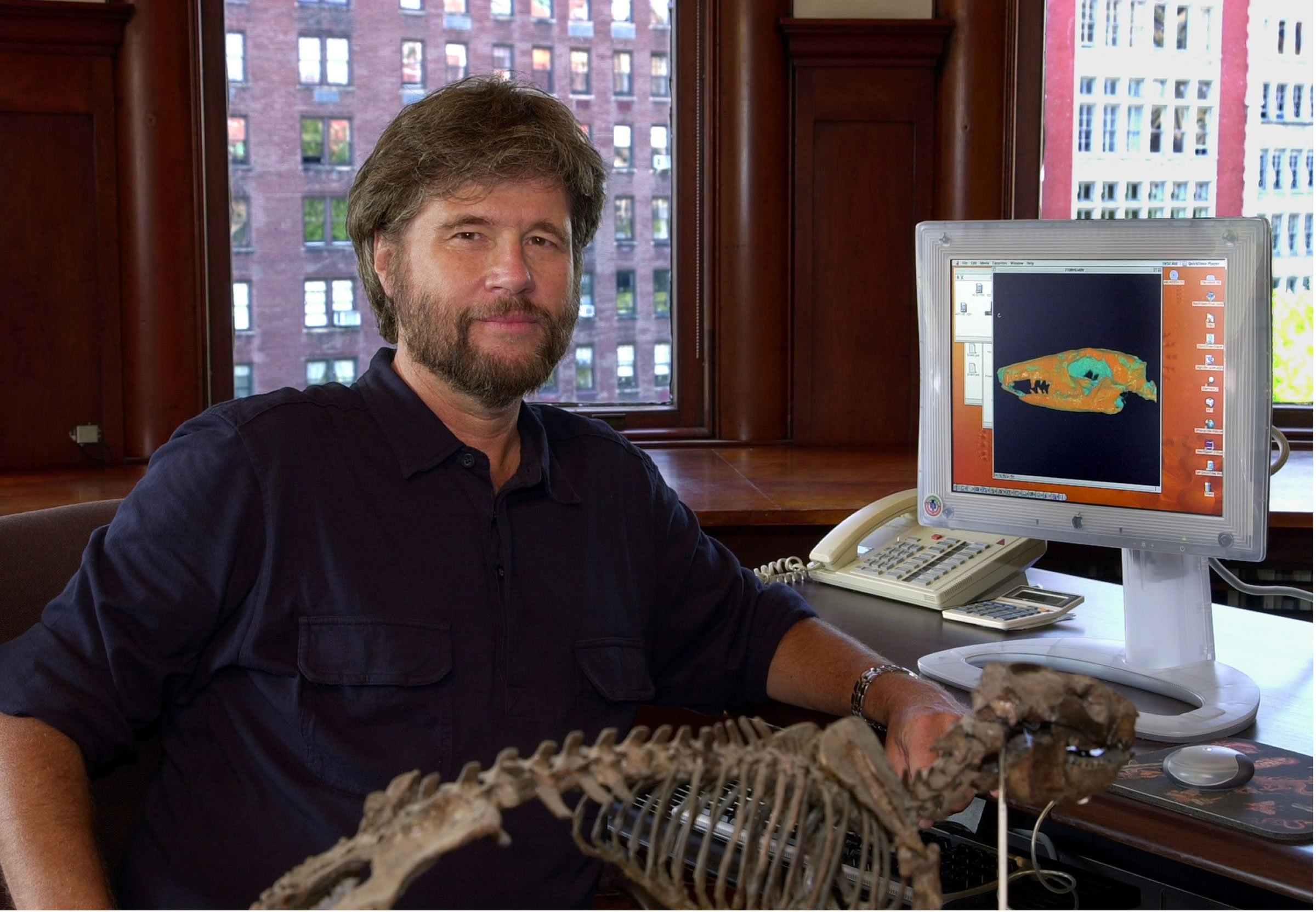 March 7, 2005 — People seeking to restore the past – a fossil hunter, an artist reviving a lost language and a novelist recounting a story – will deliver keynote lectures and appear on National Public Radio’s “Science Friday” during the March 24-26 Utah Symposium in Science & Literature at the University of Utah.

“Some Re-Assembly Required: Restoration and Human Production in Images, Words and Bones” is the theme of the symposium, which is designed to explore reciprocal influences among the sciences, arts and humanities.

Keynote speakers will be novelist Leslie Forbes at 7 p.m. MST Thursday March 24, artist Rachel Berwick at 7 p.m. Friday March 25 and paleontologist Michael Novacek at 10 a.m. Saturday March 26. Those lectures will be held in the Gould Auditorium of the university’s Marriott Library.

The three keynoters will appear jointly at the same location on Friday March 25 for a live broadcast of National Public Radio’s “Science Friday” show moderated by Ira Flatow via radio hookup from New York City. Those attending the broadcast must be in Gould Auditorium no later than 12:30 p.m. MST for the “Science Friday” show, which will run from 1 p.m. to 2 p.m. MST.

This is the third Symposium on Science & Literature sponsored by the university, and the third to have its keynote speakers appear on a live “Science Friday” broadcast. Other activities during the symposium include an installation of Berwick’s art, panel discussions and a reading of Forbes’ radio play “Humboldt’s Last Word.”

The symposium is free and open to the public, but space is limited so advance registration is encouraged. Only those who have pre-registered will be guaranteed admittance to the “Science Friday” broadcast. For details and to print a mail-in registration form, see: www.scienceandliterature.org. Or register by calling JoAnn Murray at (801) 581-7236.

Free public parking for symposium events will be available in the parking lot located east of Rice-Eccles Stadium and south of South Campus Drive.

What it’s All About

Coles, a poet and an associate professor of English, says the symposium’s theme is “restoration – our hedge against time, our effort to believe we can understand the past, perhaps even relive it as it was. Through it, we try to bring back into presence what is lost. But is restoration an illusion or a reality? Can we ever bring back what is gone?”

The keynote speakers are all “seekers after what is lost,” says Coles, and will “talk about loss and recovery – activities crucial to the making of science and art, to our understanding of ourselves and the world:”

Coles says the common theme of the keynoters is: “Can we look at traces of the past – the scatter of bones, the words sounded out on a yellowed page, the flight of parrots speaking into shadows – and from those traces recover the lost thing that left them? And if we cannot really restore anything to what it was, what is the point of restoring it at all?”

The symposium is supported by the University of Utah’s Office of the Vice President for Research, College of Humanities, Department of English, Scientific Computing and Imaging Institute, Utah Museum of Natural History and KUER-FM; and by “Science Friday,” the Utah Humanities Council, the Utah Arts Council, Salt Lake Art Center and the King’s English Bookshop.

The Symposium Schedule (all times MST)