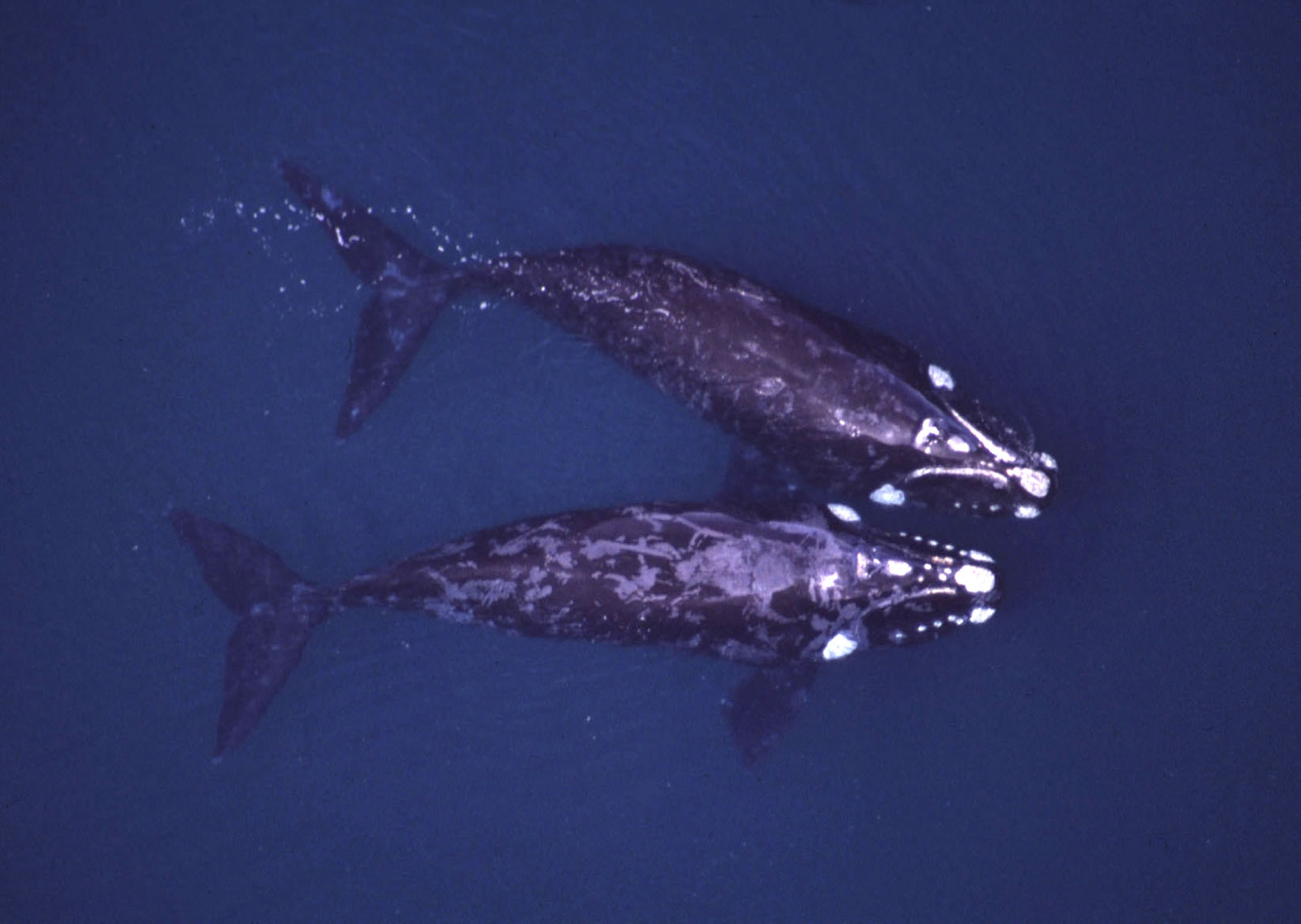 Sept. 14, 2005 — University of Utah biologists studied the genetics of “whale lice” – small crustaceans that are parasites on endangered “right whales” – and showed the giant whales split into three species 5 million to 6 million years ago, and that all three species probably were equally abundant before whaling reduced their numbers.

The five-year study, published in the October 2005 issue of the journal Molecular Ecology, is the first in which the genes of whale lice were used to track the genetic evolution of whales. They are not true lice, but instead are tiny crustaceans -named cyamids. The harmless parasites ride the whales their entire lives, so their evolution reflects the evolution of the whales.

“These are the original whale riders,” says Jon Seger, a University of Utah biology professor and the study’s principal author. “It’s a case of the whale riders telling us what the whales did.”

[“Whale Rider” was a 2002 Oscar-nominated film about the legend of an ancient Maori chief who crossed the sea on the backs of whales, and a modern Maori girl in New Zealand who aspired to become the new chief.]

“Whale researchers have dreamed for years of being able to ride with the whales and see the world they experience,” says study co-author Vicky Rowntree, a University of Utah research professor of biology and senior scientist at the Ocean Alliance/Whale Conservation Institute in Lincoln, Mass. “Whale lice have been doing it for millions of years, and can tell us things about the whales we can’t learn any other way.”

By studying certain genes in the whale lice, the researchers showed:

Seger and Rowntree, who are spouses, conducted the study with Zofia “Ada” Kaliszewska, who graduated the University of Utah and now is a Harvard University graduate student; Wendy Smith, a Utah biology graduate student; and 14 co-authors who collected whale lice or whale genetic material from beached whales around the world.

Cyamids were nicknamed “whale lice” by early whalers, who often were infested with real head and body lice. Whale lice are related to crabs and shrimp, and cling to the whales’ raised, callus-like patches of skin – named callosities – the grooves and pits between callosities, and also to skin in slits that cover mammary glands and genitals. The white whale lice covering the callosities create distinct markings that stand out against the whales’ dark skin, making it possible for scientists to distinguish individual whales.

“Their lifestyle is analogous to that of lice in that they live on the skin of the host and they eat sloughed skin,” Seger says. Each whale louse looks vaguely like a miniature crab, ranges from one-fifth to three-fifths of an inch in length, and has five pairs of sharp, hooked claws. About 7,500 whale lice live on a single whale.

The Utah research focused on genes found in mitochondria – the power plants of cells – and that mutate at a high rate, acting like a clock to reveal when evolutionary events happened. The scientists calibrated the clock by comparing genes from whale lice with related snapping shrimp.

The Utah biologists extracted DNA from whale lice, determined the sequence of the genetic components in a particular mitochondrial gene, and then built family trees to show the relationships among whale lice.

The Right Whale – for Extinction?

Right whales – which can reach 60 feet and 70 tons – were named because “they were the ‘right’ whale to kill, the first whale to be commercially hunted” 1,000 years ago off Spain; their blubber made their carcasses float for easy recovery, Rowntree says.

Two of the three species of right whales are in danger of extinction. A recent study estimated only 350 remain in the North Atlantic. Rowntree says about 200 survive in the North Pacific, while the Southern Hemisphere population of 8,000 to 10,000 whales is growing 7 percent per year and recovering from whaling.

Whale louse populations correlate with population sizes of right whales, so if North Atlantic right whales had small populations before whaling, the diversity of their whale lice would not be as great as those on the southern right whales.

Small population size can be harmful because it is impossible to avoid inbreeding and an increased risk of genetic disease. The study raises hope for endangered Northern Hemisphere right whales by suggesting that their reduced genetic diversity is a relatively recent phenomenon and perhaps not as severe overall as it appears to be in the particular genes that were studied, Seger says.

“Right whales have such thick blubber they can’t cross the equator,” Rowntree says. “The waters are too warm. They can’t shed heat.”

Seger says: “The genetics of whale lice show conclusively that the three species of right whales have been isolated in the North Pacific, North Atlantic and Southern Hemisphere for about 5 million to 6 million years,” with a possible range of error from 3.6 million to 9.9 million years.

The new study revealed a fascinating detail. About 1 million to 2 million years ago, at least one southern right whale – and no more than a few – managed to cross the equator and join other right whales in the North Pacific. The biologists reached that conclusion because they found that Cyamus ovalis whale lice in the North Pacific are much more closely related genetically to southern Cyamus ovalis than either population is to those in the North Atlantic. Another species, Cyamus erraticus, does not show such a pattern; those whale lice in all three oceans are all more distantly related.

The simplest explanation is that a single southern right whale crossed the equator and mingled with North Pacific right whales. Some of the abundant Cyamus ovalis whale lice jumped from the southern whale to northern whales, but the less common Cyamus erraticus, which lives mainly in genital areas, did not.

Despite the barrier posed by warm water, climate has changed over the ages and “probably there were times when the equatorial waters weren’t as hot as they usually are, and some adventurous juvenile male crossed the equator,” Rowntree says.