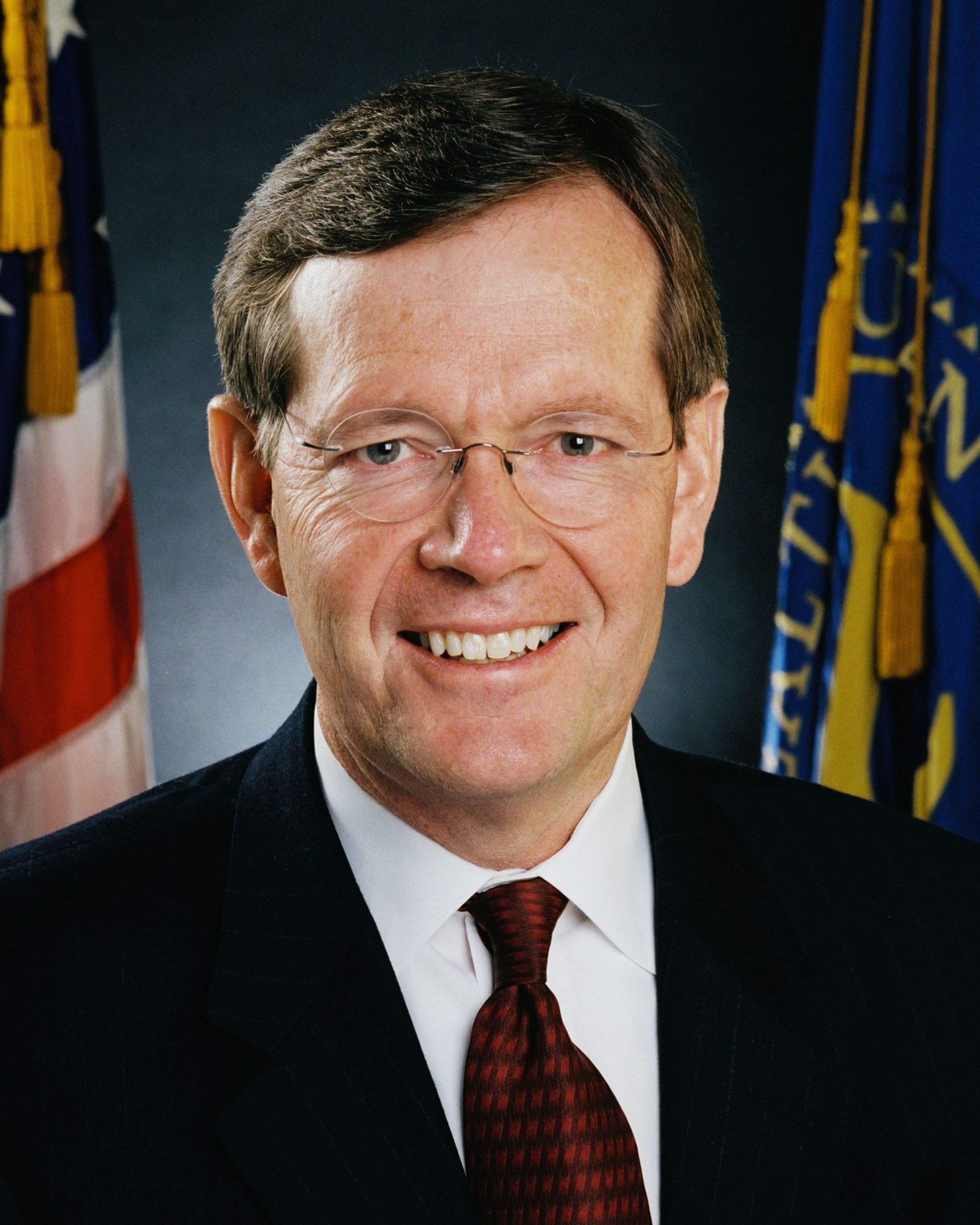 May 9, 2005 — Secretary of the U.S. Department of Health and Human Services, Michael O. Leavitt, will deliver the commencement address Friday, May 13, at the University of Utah S.J. Quinney College of Law.

The ceremony will begin at 10 a.m. in Kingsbury Hall on Presidents Circle. Parking will be available in the Rice-Eccles Stadium lot. Shuttles will transport guests to and from Kingsbury Hall. The event is free and open to the public.

The graduating class numbers 141, with 92 men and 42 women picking up J.D. degrees and two students earning LL.M. degrees. Juris doctor recipients were born in 36 states, U.S. territories, and foreign countries. Graduates earned undergraduate and graduate degrees from more than 50 universities and colleges throughout the United States and abroad, representing 55 undergraduate majors. The five most common undergraduate degrees are in engineering, English, economics, history, and political science.

Eighty-nine members of the Class of 2005 speak 21 different languages other than English. Sixty-six are bilingual, 19 are trilingual, and four speak four languages. Among the class are a former violinist; a college professor; head coaches; small business owners; a pastry chef; a custom furniture designer; a software engineer who was responsible for the ZIP 250 family of drives and disks; and a rocket scientist who supported Kennedy Space Center engineers during the countdown and launch of space shuttles.