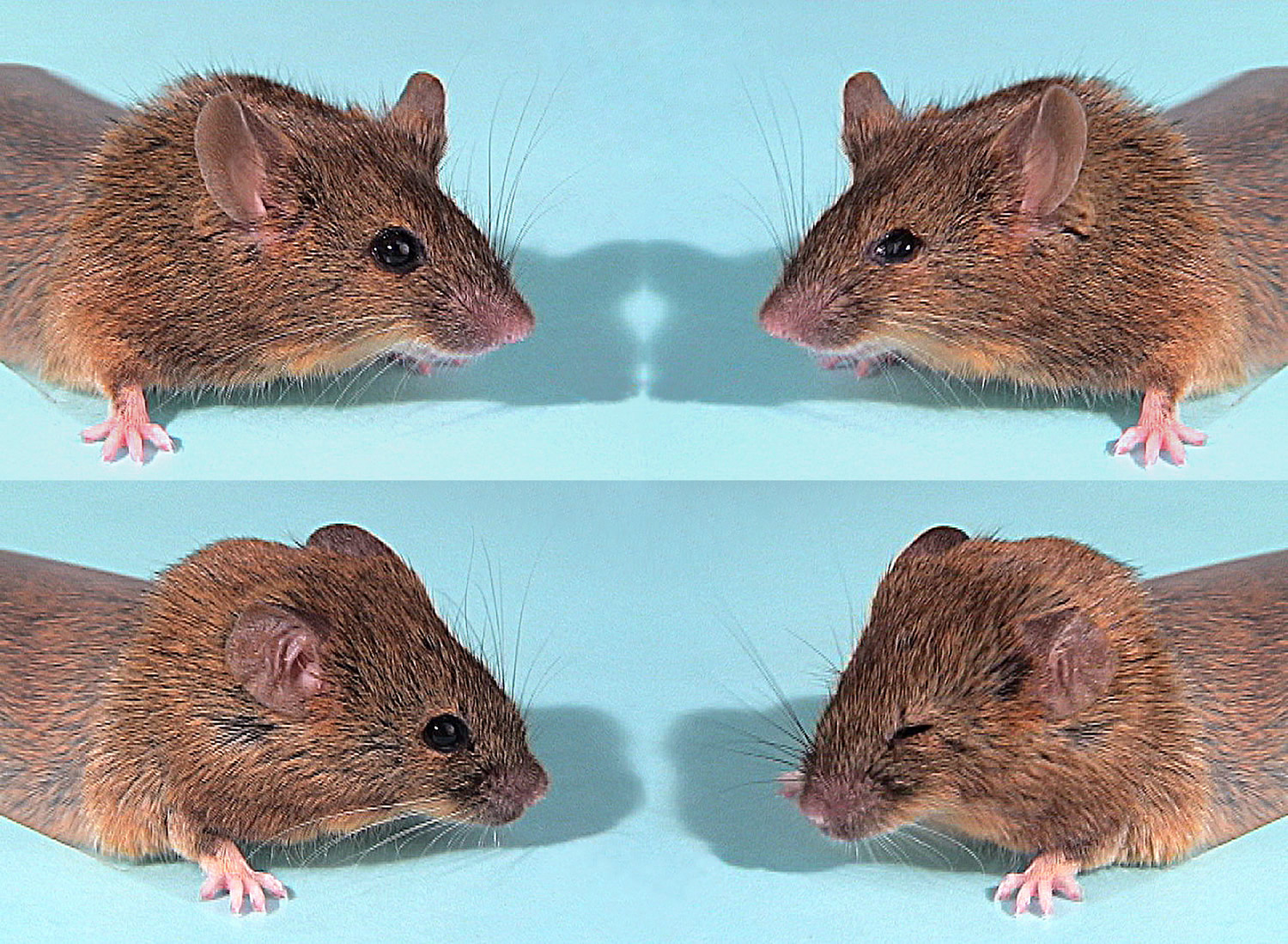 Aug. 7, 2006 – University of Utah scientists have shown how evolution works by reversing the process, reconstructing a 530-million-year-old gene by combining key portions of two modern mouse genes that descended from the archaic gene.

“It provides further evidence at the molecular level of how evolution has occurred and is occurring, and thus makes the process less mysterious,” says Mario Capecchi, distinguished professor and co-chairman of human genetics at the University of Utah School of Medicine and an investigator with the Howard Hughes Medical Institute.

“We’ve shown some of the elements involved in the process of evolution by reversing this process and reconstructing a gene that later became two genes,” he adds.

The study by Capecchi and postdoctoral fellow Petr Tvrdik was set for publication Monday, Aug. 7 in the August 2006 issue of the journal Developmental Cell.

The process of one gene splitting into multiple genes, which then mutate, “has occurred many times in evolution, but no one has put it back together again,” Tvrdik says. “We are first to reconstruct an ancient gene. … We have proven that from two specialized modern genes, we can reconstruct the ancient gene they split off from. It illuminates the mechanisms and processes that evolution uses, and tells us more about how Mother Nature engineers life.”

The ability to reconstruct an ancient gene from descendant genes also raises the possibility of a new type of gene therapy, in which a portion of a related gene could be inserted into a disease-causing mutant gene to restore its normal function and cure the disease, Capecchi and Tvrdik say.

Genes that Divided are Now Reunited

The study involved what are known as Hox genes, which are like orchestra conductors directing the actions of other genes during development of an animal embryo.

Until sometime between 530 million and 480 million years ago, early animals had 13 Hox genes. Then, in jawed fish – the last common ancestors of modern vertebrate animals – each Hox gene had split into four, so 13 became 52. Later, duplicate Hox genes either mutated in a way that proved useful, or vanished because they were redundant, so today in humans and other mammals there are 39 instead of 52 Hox genes.

Tvrdik and Capecchi say that by combining critical portions of Hoxa1 and Hoxb1, they effectively recreated a gene with the function that the original Hox1 performed more than 530 million years ago.

The result: A mouse with a disabled Hoxb1 gene still was able to move eyelids, whiskers and ears because the reconstructed gene made up for the loss of Hoxb1.

Evolution proceeds as cells divide and each gene within them duplicates. Having two identical genes allows one to keep doing its normal job and the other can change, or mutate. Most mutations are for the worse and disappear. Others persist because they perform a new job that holds some advantage for allowing an organism to adapt. The quadrupling of Hox (and also other genes) a half-billion years ago provided animals with an advantage “because they had more genes to use for specialized jobs,” including adapting to environmental changes, Tvrdik says.

Each gene is made of DNA. Some of the gene’s DNA carries a code or blueprint that makes a protein to carry out some specific function in an organism. Some genetic mutations change this “coding region” and thus change the protein a gene makes.

Other mutations change other parts of the gene, known as “regulatory sequences,” which decide when and where the gene and its protein act in an organism’s body.

Because the gene’s regulatory sequences can be 10 to 100 times larger than the gene’s coding region, mutations are more likely there.

A key question was whether the Hoxa1 and Hoxb1 genes are different because their protein-coding regions have changed or their regulatory sequences have changed. So the scientists switched the two genes’ coding regions. Each gene then produced the other gene’s protein. Mice born with the switched genes were essentially normal.

That means the coding regions were interchangeable, and that evolution has changed each gene’s regulatory sequence, not the protein-making coding region.

Next, Tvrdik and Capecchi took a small portion of the regulatory sequence from gene Hoxb1 (which controls facial expressions) and put it into Hoxa1, (which allows mice to breathe and survive after birth). And they disabled the remainder of Hoxb1.

Mice suffered facial paralysis when they were born with disabled Hoxb1 and without a portion of that gene inserted into the Hoxa1 gene. In response to a puff of air in the face, they couldn’t blink their eyes, wiggle their whiskers and fold back their ears.

Capecchi says that by combining parts of both Hoxa1 and Hoxb1, he and Tvrdik reversed evolution.

“What we have done is essentially go back in time to when Hox1 did what Hoxa1 and Hoxb1 do today,” he says. “It gives a real example of how evolution works because we can reverse it.”

The hybrid Hoxa1–Hoxb1 gene is not fully identical to the half-billion-year-old Hox1 because it lacks Hoxc1 and Hoxd1. But Hoxc1 vanished during evolution because it was redundant, and Hoxd1 plays a minor role. So the combined Hoxa1–Hoxb1 gene performs essentially all the functions of the ancient gene, Capecchi says.

A New Approach to Gene Therapy?

Capecchi says scientists hypothesized that when a gene duplicates into identical genes, mutations can occur so the once-identical duplicates evolve to split the original job – a process is called subfunctionalization.

“We are giving an example of how it actually happened – what elements are involved and how you initially separate the functions, and how can you reconstruct the [ancient] gene to put the functions back again,” Capecchi says.

The study raises the prospect of a new approach to gene therapy, Tvrdik says.

If a gene duplicated into two and they evolved separate functions in the body – for example, one gene works in the liver and the other in the brain – then “if the brain version of the gene becomes mutated or deleted [to cause a disease] and its gene replacement is difficult or impractical, then our work shows that the ‘liver copy’ potentially could be recruited to do the brain functions,” Tvrdik says.

In other words, regulatory elements from the brain gene might be inserted into the liver gene to reconstruct a gene similar to the normal brain gene.

Capecchi speculated on a possible example: a form of inherited anemia named beta-thalassemia, which occurs when a mutant beta hemoglobin gene results in faulty production of hemoglobin. The new study suggests it might be possible to use regulatory sequences from the faulty gene to activate a similar gene, essentially creating an embryonic or juvenile beta hemoglobin gene that could make hemoglobin normally during adult life.