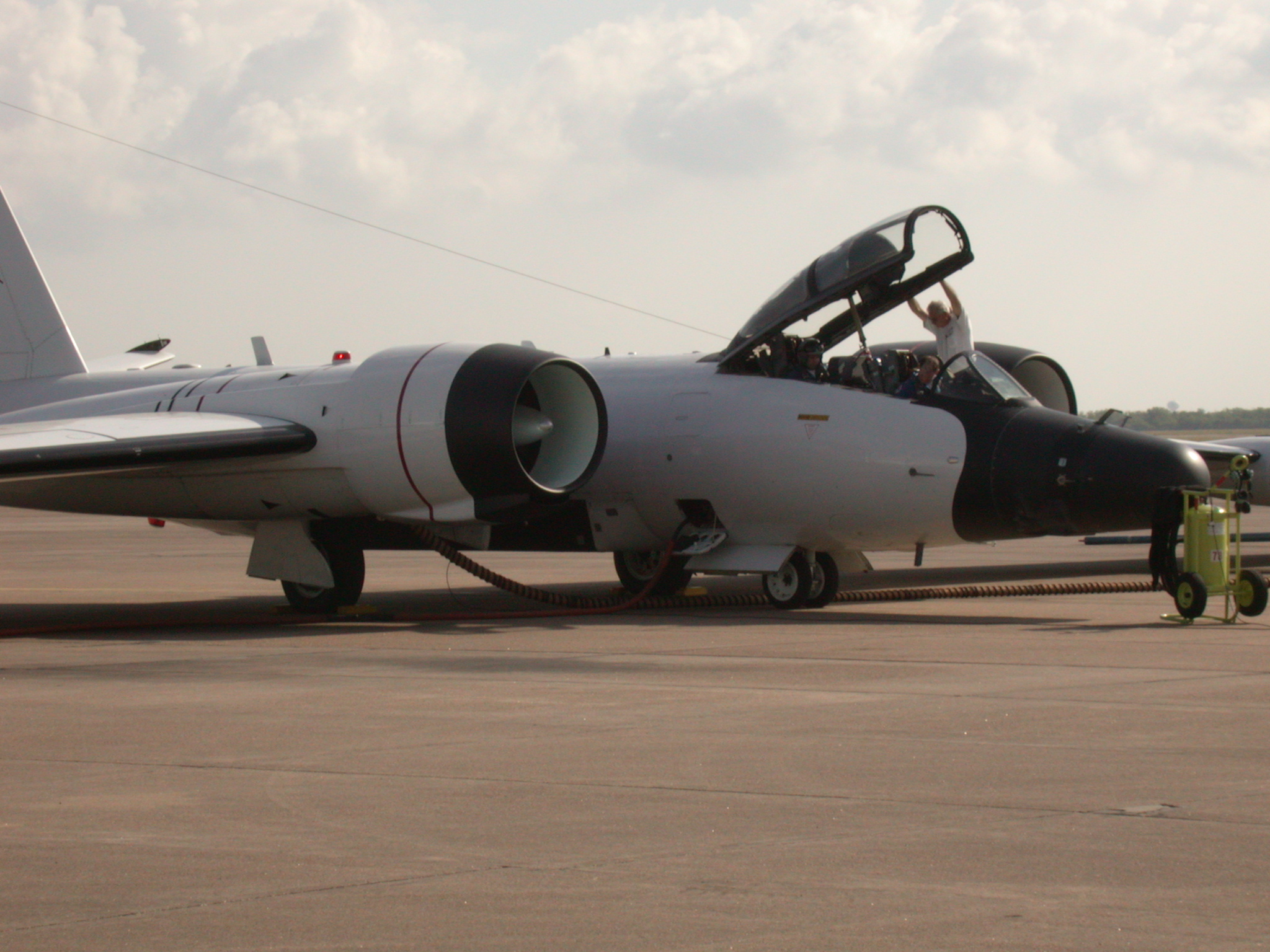 April 29, 2004 — University of Utah meteorologists are using a NASA research jet to examine icy, wispy cirrus clouds high in the atmosphere – a study aimed at determining how much the clouds warm Earth’s climate and how much they cool it.

“This experiment involves measuring cirrus clouds, and ultimately will help us understand the mechanisms of climate change,” says Jay Mace, an associate professor of meteorology at the university and mission scientist for the project, which is sponsored by the National Aeronautics and Space Administration.

During the Middle Latitude Cirrus Experiment (MidCiX) – which began April 12 and continues through May 7 – Mace is working at Ellington Field near Houston, helping guide a NASA WB-57 jet plane on flights through cirrus clouds 25,000 to 35,000 feet above north-central Oklahoma.

“I’m directing the operation from the ground,” says Mace, who watches satellite images of cirrus clouds so he can help the NASA WB-57 pilot find the clouds.

Mace says the flights are designed so that data about the same cirrus clouds can be collected simultaneously by a dozen scientific instruments on the WB-57 aircraft; by NASA’s Terra and Aqua satellites in orbit overhead; and by the U.S. Department of Energy’s Atmospheric Radiation Measurement Climate Research Facility Southern Great Plains site on the ground in north-central Oklahoma. The ground facility uses radars and lidars (laser radar) to probe clouds around-the-clock.

The WB-57 research aircraft is one of two operated by NASA. It is a high-altitude jet with a 122.5-foot wingspan and capable of flying to 60,000 feet elevation or more. It is a converted version of the B-57 Canberra aircraft, various versions of which were used for combat bombing, aerial spying, weather reconnaissance and sampling for radiation from suspected atmospheric nuclear weapons tests.

Cirrus are the highest-elevation clouds involved in weather, and cap the portion of the atmosphere where weather occurs: the troposphere, which extends from Earth’s surface to 40,000 feet. Cirrus clouds are so high that they are made mostly of ice crystals rather than water droplets. As the WB-57 flys through the clouds, various instruments sample, measure or make pictures of the ice crystals.

Mace says cirrus clouds typically have “the appearance of filaments or streaks. They are often described as mare’s tails. Often they are harbingers of bad weather in two to three days. They are blown in on a jet stream and tend to arrive before the rest of the weather does.”

Most scientists believe carbon dioxide from industrial society’s combustion of oil and other fossils fuels is gradually warming Earth’s climate, and they have devised computer simulations or “models” to better predict the extent and timing of global warming. But cirrus clouds pose a major uncertainty in such simulations because they can both warm the climate by trapping heat that otherwise would escape to space, and cool the climate by reflecting sunlight back into space.

Lower-elevation clouds mainly reflect sunlight to cool climate, but do not trap heat like cirrus clouds do. “Cirrus clouds are like blanket,” says Mace. “They hold the heat in, yet they allow a lot of the sunlight though. That’s why they have the ability to warm climate.”

The experiment now underway is designed to gather detailed information about cirrus clouds to improve the accuracy of computer simulations of future climate change.

“There is great scientific debate about the simple question: ‘What are the sizes of ice crystals in cirrus clouds?'” Garrett says. “The answer to this question has potentially very large implications for our models of how much of the Earth’s heat cirrus clouds trap, and how much sunlight they reflect. MidCiX is addressing this question using an unprecedented array
of the latest cloud physics instrumentation.”

Details of the Middle Latitude Cirrus Experiment (MidCiX) may be found at:
http://www.met.utah.edu/cgi-bin/mace/midcix/midcix.cgi