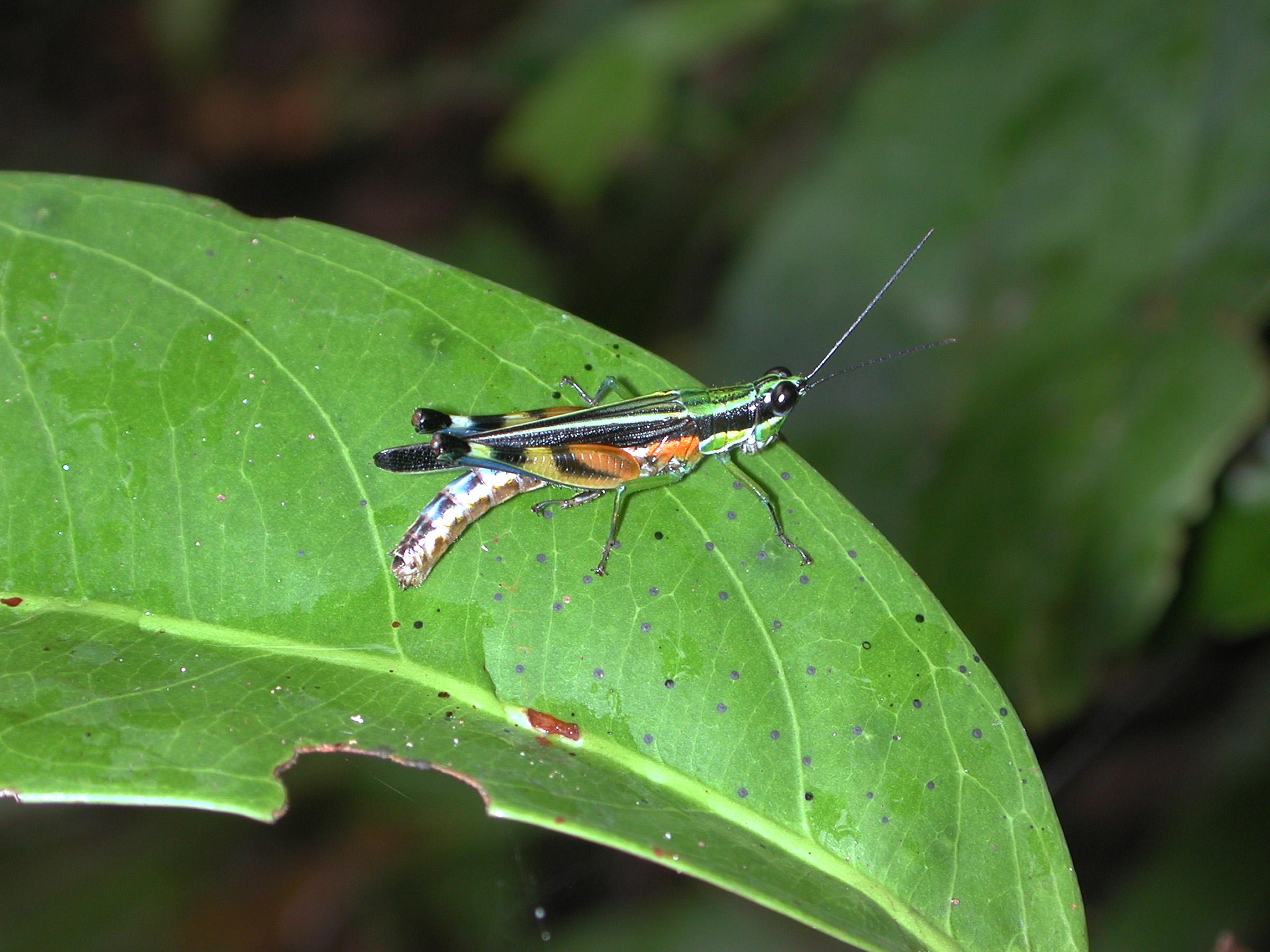 July 29, 2004 — A University of Utah experiment conducted in Peru’s Amazon Basin shows insects increase the diversity of the rainforest when they munch on trees. Such seemingly destructive behavior keeps dominant tree species under control but allows other trees to thrive.

“The battle between plants and insects increases the number of habitats in the rainforest,” thus increasing the diversity of trees living there, says biology doctoral student Paul Fine, first author of the study published July 30 in the journal Science.

Study co-author Phyllis Coley, a biology professor at the University of Utah, says the research sheds light on the amazing diversity of species in tropical rainforests.

“Understanding diversity is a holy grail in ecology,” Coley said. “Part of diversity is how many species you can pack into a given habitat, but part is how many different habitats exist that can harbor different species” – an issue clarified by the study.

Fine and Coley conducted the study with Italo Mesones, a student at the National University of the Peruvian Amazon in Iquitos. The study was Fine’s Utah doctoral thesis, which he completed while also working at Chicago’s Field Museum of Natural History.

Some trees grow on red clay, others on white sand

Trees that normally grow on red clay soil thrived when transplanted onto white sand soil – but only if protected from hungry insects, which included grasshoppers, beetles, caterpillars and various sap-sucking insects such as cicadas and aphids.

In fact, when protected from insects, the red clay tree species transplanted onto white sand soil grew roughly twice as tall and had twice the leaf area as white sand species. That’s because the white sand species grow slowly because they put more energy into defenses against insects – either tough leaves or chemical defenses.

“A plant can’t be extremely well-defended from insects and grow very fast,” says Fine. “It’s similar to why you can’t have the heaviest, safest car and the fastest car.”

“My results suggest that if bugs weren’t around, the faster-growing clay soil plants could live in both soils, and the white sand tree species would go extinct,” Fine says. “Therefore, bugs promote diversity in the rainforest by making it impossible for red clay trees with low defenses [against insects] to live in poor white sand soils.”

Coley says: “Most people think of herbivores as detrimental pests – bugs eat plants, which is not good for the plants. Yet without insects, clay tree species would take over all forest types. Bugs beget tree diversity.”

Implications for diversity and the origin of species

The study shows different soil types are not adequate by themselves to define habitats or niches – what trees grow where – in the Peruvian rainforest. The findings contradicted a hypothesis that trees normally growing on red clay soil would not survive on white sand soil due to inadequate nutrients and water.

“People have thought soil alone is enough to explain why you get two different communities of plants growing on those two soil types,” says Fine. “But we showed that if it wasn’t for their insect enemies, it’s possible the same kind of plants would grow on both soil types. The insects cause the difference between habitats to become sharper.”

Red clay tree species also are attacked by insects when they grow on clay soils, but the soil is so rich that the trees grow faster than they are consumed. And other insects and birds in the lush red clay forest help control plant-eating insects.

Coley says the study has implications for rainforest conservation: “White sand soils have unique species, sand patches are not as extensive as they used to be, and land conversion [development] therefore could have a big impact on diversity if it hit the relatively rarer sand forests.”

In fact, during the study Fine and Mesones fended off a land grab by speculators, even though their study site in the Allpahuayo-Mishana Reserve supposedly was protected already. Mesones started an environmental group that helped stop the land grab.

Fine says tropical rainforests are known for biodiversity, with about 10,000 tree species in the Amazon compared with 500 to 600 in North America’s temperate zone.

Yet the tropics really aren’t different than other regions in terms of variations in soil, altitude and rainfall. So why do tropical rainforests have greater species diversity?

“In a world without herbivores, our study predicts there would be a much lower diversity of trees in the tropics,” Fine says. “Trees would just follow the physical features of the environment – whether soil, temperature or rainfall. Adding pressure from plant-eating insects into the mix increases the number of different niches or habitats.”

Fine says the study showed that differences between two habitats – red clay and white sand soil – are magnified by the effect of insects eating trees. He says plant-eating insects might have the same impact on accentuating differences between habitats defined by differences in altitude, rainfall or other factors.

The study also adds support to a controversial theory of how new species originate, Fine says. The traditional view has been that new species can arise when two groups from the same species become geographically separated, such as when the groups live on separate, distant islands. But in recent decades, biologists have started to wonder if a new species can arise even when two groups live in close contact, such as trees living near each other but on different soils.

How the study worked

Fine and Mesones conducted the experiment from May 2001 to February 2003.

The researchers built 22 cage-like enclosures made of nylon netting to keep insects out. Each cage measured about 10 feet wide, 10 feet deep and 6.5 feet tall. They also built another 22 net roofs without sides, to make sure trees planted under them were exposed to insects but got the same amount of light as trees in the enclosures.

The transplanted trees were allowed to grow for 21 months. Every two months Fine and Mesones determined how fast each tree was growing by measuring its average leaf area and the height to its meristem – the part of the tree where new branches and leaves emerge. They also counted how many seedlings died.