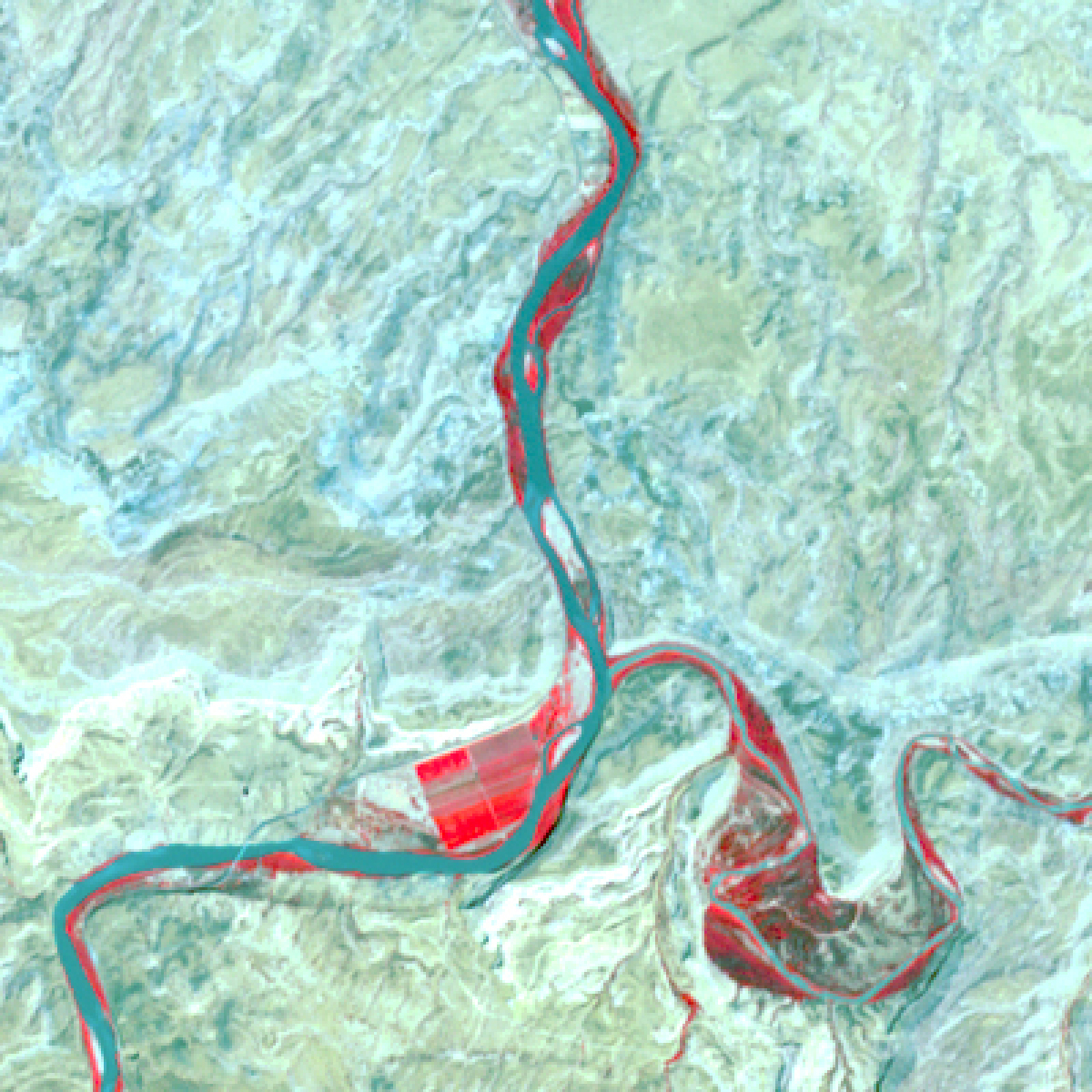 March 10, 2009 – More than 150 years after a small Eurasian tree named tamarisk or saltcedar started taking over riverbanks throughout the U.S. Southwest, saltcedar leaf beetles were unleashed to defoliate the exotic invader.

Now, University of Utah scientists say their new study shows it is feasible to use satellite data to monitor the extent of the beetle’s attack on tamarisk, and whether use of the beetles may backfire with unintended environmental consequences.

“We don’t have any idea of the long-term impacts of using the beetles; their release may have unexpected repercussions,” says Philip Dennison, an assistant professor of geography and first author of the study scheduled for online publication later this month in the journal Remote Sensing of Environment.

“The impact of this defoliation is largely unknown,” says study co-author Kevin Hultine, a research assistant professor of biology at the University of Utah. “The net impact of controlling tamarisk could be positive or negative.”

“We would like on-the-ground scientists and managers to understand and think about the long-term impact – what are these riparian [riverbank] areas going to look like 15 years from now, and how can we can maintain ecosystems” as well as water flows for farms, cities and river recreation, Hultine says.

Dennison and Hultine conducted the study with Jim Ehleringer, a distinguished professor of biology at the University of Utah; physical scientist Pamela Nagler, of the U.S. Geological Survey in Tucson, Ariz.; and Edward Glenn, a University of Arizona environmental scientist.

A Shady Invader from Eurasia

Anyone who has rafted Southwestern rivers like the Green and Colorado knows about the shady thickets of tamarisk that line the riverbanks. The trees can grow up to 30 feet tall. There are about 10 species of tamarisk.

The U.S. Animal and Plant Health Inspection Service (APHIS) says saltcedar or tamarisk is “a highly invasive, exotic weed” in the form of “a large shrub or small tree that was introduced to North America from Asia in the early 1800s. The plant has been used for windbreaks, ornamentals, and erosion control. By 1850, saltcedar had infested river systems and drainages in the Southwest, often displacing native vegetation.”

“By 1938, infestations were found from Florida to California and as far north as Idaho,” according to APHIS. “Saltcedar continues to spread rapidly and currently infests water drainages and areas throughout the United States.”

Tamarisk dominates riverbank habitats, limiting camping areas for river runners, reducing diversity and providing poor habitat for some species of wildlife. Tamarisk also raises the risk of fires that destroy cottonwoods and other native plants but not tamarisk, which re-sprouts from roots. And tamarisk forms a dense canopy, also helping wipe out competing plants. Finally, tamarisk has a bad rap as a water-sucking wastrel that dries springs, lowers water tables and reduces stream flows, even impairing boating.

“Some of the earliest research on tamarisk water use suggested tamarisk uses dramatically more water than other tree species,” Hultine says. “So a lot of estimates on water loss over entire river reaches are based on information that now has been discredited in the scientific literature.”

Hultine believes that unless aggressive programs to restore defoliated areas are implemented, tamarisk will be replaced by other invaders – Russian knapweed, Russian olive and pepperweed – that may use more water than tamarisk. Eradicating tamarisk with beetles also may reduce bird habitat, he adds.

Monitoring the Attack of the Tamarisk-Munching Beetles

The saltcedar leaf beetle, Diorhabda elongata, was brought to the U.S. from Kazakhstan. After an environmental assessment, APHIS approved them for tamarisk control.

Dennison says thousands of the beetles first were released in Utah during summer 2004, then again in summer 2005 and 2006 at locations along the Colorado River near Moab. Widespread defoliation of tamarisk in the area was noted during summer 2007.

Because long stretches of rivers in the Colorado River Basin are remote, Dennison and colleagues decided to test the feasibility of using satellite images to detect tamarisk leaf loss due to the spread of the saltcedar leaf beetles.

They mapped 56 accessible areas already defoliated by tamarisk, and studied if the defoliation could be detected using two instruments on Terra, one of the National Aeronautics and Space Administration’s Earth-observing satellites.

The area studied included four sites along the Colorado River northeast of Moab, and a fifth site along the tributary Dolores River at the Entrada Field Station operated by the University of Utah for education and research. The five sites covered 589 acres, and within them, researchers mapped 56 polygon-shaped areas totaling 57 acres where tamarisk had been defoliated by the beetles.

ASTER measured what is known as NVDI – the normalized difference vegetation index, which is the difference between red light absorbed by plants and near-infrared light reflected by them. The index is high when plants are present, low when they are absent.

Those satellite measurements showed minor changes in vegetation at the test sites from 2005 to 2006, but a large change between 2006 and 2007 – indicating extensive defoliation of tamarisk, even though the defoliated plants regrow within about six weeks.

The satellite’s MODIS instrument used another vegetation index that also revealed widespread tamarisk defoliation at the five sites in July 2007.

While some tamarisk has died in Nevada where the beetles first were established, “we don’t understand whether repeated defoliation eventually will kill most of the trees, or will they reach some point where they’ll just have less leaf area over the entire year,” Hultine says.

The researchers also used the satellite to estimate “evapotranspiration” – the evaporation of water from soil and the transpiration or use of water by plants – to learn more about how defoliation of tamarisk affects water use. For comparison, Hultine measured sap flow through trees, which reflects how much water is used by the trees.

Satellite estimates of tamarisk water use declined modestly as the plants were defoliated, Dennison says. The findings also were consistent with earlier research indicating tamarisk is less of a water hog than previously thought.

Dennison says he and his colleagues did the study to test the feasibility of using satellites to monitor tamarisk defoliation on an ongoing basis. That, he says, could be done by federal agencies such as the Bureau of Land Management, Bureau of Reclamation and U.S. Geological Survey.