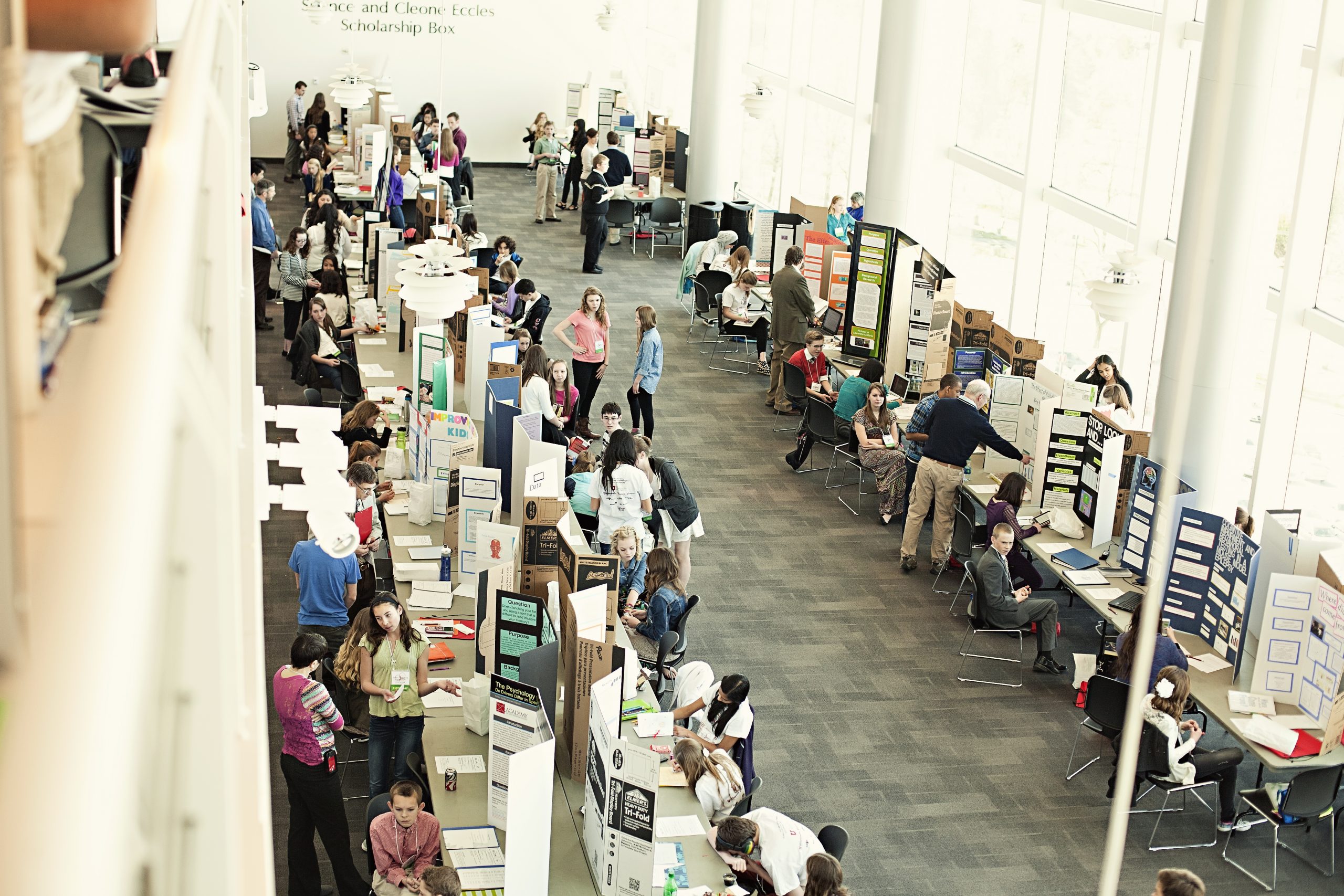 March 20, 2015 – Salt Lake’s premier science fair takes place March 25-27 at the Rice-Eccles Stadium at the University of Utah. A total of 698 young scientists are set to compete, and those in the high school division are vying to advance to the international stage.

News media are invited to cover the event – and the public may view student projects – on Wednesday from 10-11 a.m. and Thursday from 9-10 a.m. The awards ceremony will be held on Friday at 6:30 p.m. at Brighton High School, 2220 Bengal Boulevard, Salt Lake City.

The Salt Lake Valley Science & Engineering Fair, or SLVSEF, is an annual competition organized by the Center for Science and Mathematics Education at the U. It’s for students in grades 5 through 12 who attend a public, private or parochial school in the Canyons, Granite, Murray, North Sanpete, Park City, Salt Lake and Tooele school districts, the Salt Lake Catholic Diocese, and those who are home-schooled. More than 200 judges will evaluate and score the 560 individual and team projects.

Senior division winners will be eligible to compete in the Intel International Science and Engineering Fair – the world’s largest pre-college science fair. Each May, more than 1,400 students from some 40 countries compete for $3 million in internships, grants, science equipment and prizes.

“These students are the next generation of scientists and engineers, and they have been gaining valuable hands-on experience in STEM fields through the work on their projects,” says bioengineering professor Brenda Mann, who serves as director of the Salt Lake Valley science fair. “SLVSEF is the perfect opportunity to share that experience, along with their creativity and enthusiasm, with the scientists and engineers who serve as our judges. In return, the judges provide feedback and encouragement.”

Science fair projects bring together almost every skill that students learn in school, including critical thinking, careful observation and teamwork. Students practice the scientific method, in which a problem is identified, a hypothesis is formulated, and relevant data are gathered to test the hypothesis. During the fair, students also practice public speaking and learn how to explain and defend their research to experienced judges. Most importantly, these young scientists do important research, which can both discover previously unknown facts and improve the lives of others.

Many student projects require the use of laboratories, and the University of Utah has numerous labs available, as well as graduate students and professors who are eager to work with students and teach them the proper procedures for science and engineering work.