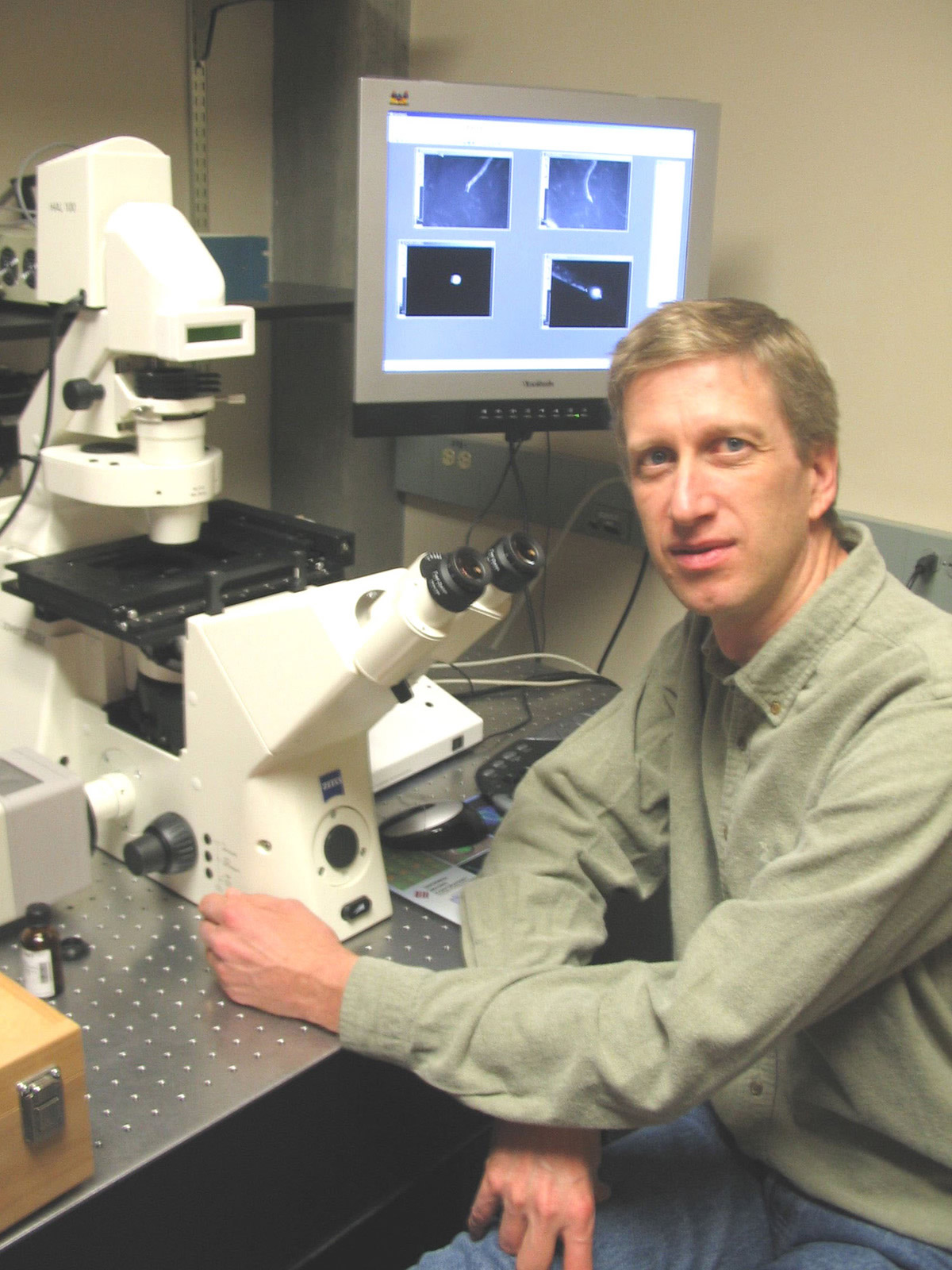 “We have found a gene that is important for the control of fundamental rhythms in nematode worms,” says biology professor and physician Andres Villu Maricq, a member of the Brain Institute at the University of Utah. “The same gene products that control the fundamental processes of life in mammals also are found in the worm, so our study suggests this gene and related genes may have critical roles in controlling rhythmic behaviors in humans and other animals.”

Discovery of the gene is reported in the Oct. 7, 2005, issue of the journal Cell. The study deals with seconds- to hours-long ultradian rhythms that control such body functions as heart rate, breathing, swallowing and contraction of the intestines. Much less is known about ultradian rhythms than about circadian rhythms, which regulate the 24-hour cycle of sleeping, waking and activity, Maricq says.

The gene that controls ultradian rhythms in worms is related to other genes that, when mutated, cause uncontrolled growth of mammalian cells – a hallmark of cancer. By learning how the gene works, researchers may learn how to interfere with it – a possible way to find new cancer drugs.

Maricq and colleagues studied Caenorhabditis elegans, a millimeter-long (one 25th of an inch) nematode worm that is found in soil, eats bacteria and frequently is used by geneticists. The researchers discovered a worm gene they named vav-1 – which is related to three similar human genes. The study showed that the gene controlled the rhythmic contractions of smooth muscle in three parts of the worm’s body by regularly raising and lowering calcium levels in the muscle cells:

When the scientists disabled the vav-1 gene, the worms could not swallow food and died before the end of the first of four larval stages, or 10 to 12 hours into their normal two-week lifespan.

When the researchers restored the vav-1 gene just in the pharynx so worm larvae could eat, survive and grow to adulthood, the worms rarely were able to produce offspring and their 50-second defecation cycle became irregular, with the mean time between poops increasing to 195 seconds, or 3¼ minutes.

“The worm can swallow and live and grow up to be an adult with really bad constipation,” Maricq says. “Mutants sometimes have to wait six to 10 minutes.”

The Brain Institute “is interested in the molecular control of behavior – how our nervous system works,” Maricq says. “Vav is found in the brain, and we now show this gene, vav-1, is of central importance for the control of rhythmic behaviors [in worms].”

Scientists do not know if vav genes control human swallowing, ovulating or defecating, “but it will be an obvious avenue for further research,” he adds. “Almost all of our behaviors are rhythmic: breathing, swallowing, heartbeats and brain activity.”

Maricq conducted the study with biologist Mary Beckerle, deputy director and senior director for laboratory research at the University of Utah’s Huntsman Cancer Institute; Kenneth Norman, a postdoctoral fellow; and Robert Fazzio and Jerry Mellem, both biology graduate students when the study was conducted. Other coauthors are Maria Espelt and Kevin Strange at Vanderbilt University in Nashville, Tenn. The study was funded by the American Cancer Society, National Institutes of Health, National Science Foundation, American Heart Association and the Huntsman Cancer Foundation

The cancer groups financed the study because the worm vav-1 gene is analogous to known “proto-oncogenes” in mammals – genes that are used by the body for various normal processes, but, when mutated, may become an oncogene, or cancer-causing gene.

“We don’t know that much about what they do,” except that when immune cells are stimulated by bacteria or other invaders, vav genes help increase the cells’ calcium levels, which sends a wake-up signal to the rest of the immune system, Maricq says.

Other genes and their proteins turn vav-1 on and off. When such control is eliminated, vav-1 is unleashed, so cells grow out of control and may become cancerous.

Thus, vav-1 is one of the “players in the cascade of events that may lead to cancer,” Maricq says. “The reason you want to know the players is that each one represents a potential target for drugs, a potential way to stop the process.”

Worms with cancer-causing vav-1 might be used to test possible new anti-cancer drugs. If the oncogene causes a change in the worm’s rhythmic behavior, then drugs that stop the behavior change also might work against cancer, Maricq says

Maricq’s team discovered the vav-1 gene in worms by starting with the mammal version of the gene, then looking in the worm’s genetic blueprint, for similar genes.

Next, the researchers determined where vav-1 worked by tagging it with green fluorescent protein. The pharynx, gonadal sheath and intestines glowed green.

To test what the vav-1 gene did, the researchers bred worms that lacked the gene. “They were born, but died soon thereafter because they couldn’t eat,” Maricq says.

The worms were not missing the mouth or other body parts, “but there was no pumping of the pharynx,” he adds. As a test, the biologists inserted the gene back into the pharynx, but not the rest of the worm. As a result, the worms could eat and develop to adulthood, but then developed defects in ovulating and pooping.

C. elegans worms are hermaphrodites – both male and female – and make their own sperm and eggs. Rhythmic contractions control how the eggs are pushed down the tube-like gonadal sheath and into the spermatheca, which contains sperm.

When vav-1 is disabled, the worms “have almost no progeny,” Maricq says. “They don’t have the proper synchronized ovulation. The egg has to be timed to enter the spermatheca at the right time because the spermatheca is contracting. It can cut eggs up when timing is off.” And without proper rhythmic contractions, eggs also may be too young or too old to be fertilized when they reach the spermatheca.

As part of the study, the researchers shut down various genes to demonstrate the chain of molecular events in which vav-1 acts like a switch to control calcium levels in cells and thus the contractions responsible for swallowing, ovulating and defecating.

The chain begins when the vav-1 gene is used to make the protein VAV-1. The protein activates other proteins made by what are known as Rho/Rac genes. Then the Rho/Rac proteins turn other genes and proteins on and off.

The study found that when Rho/Rac proteins are turned on, levels of a chemical named IP3 increase in cells. IP3 attaches to “receptors” on the endoplasmic reticulum, a calcium-filled membrane bag inside each cell. IP3 makes the endoplasmic reticulum release calcium into the cell. Ups and downs in calcium levels control the rhythmic contractions responsible for swallowing, ovulating and pooping in worms.