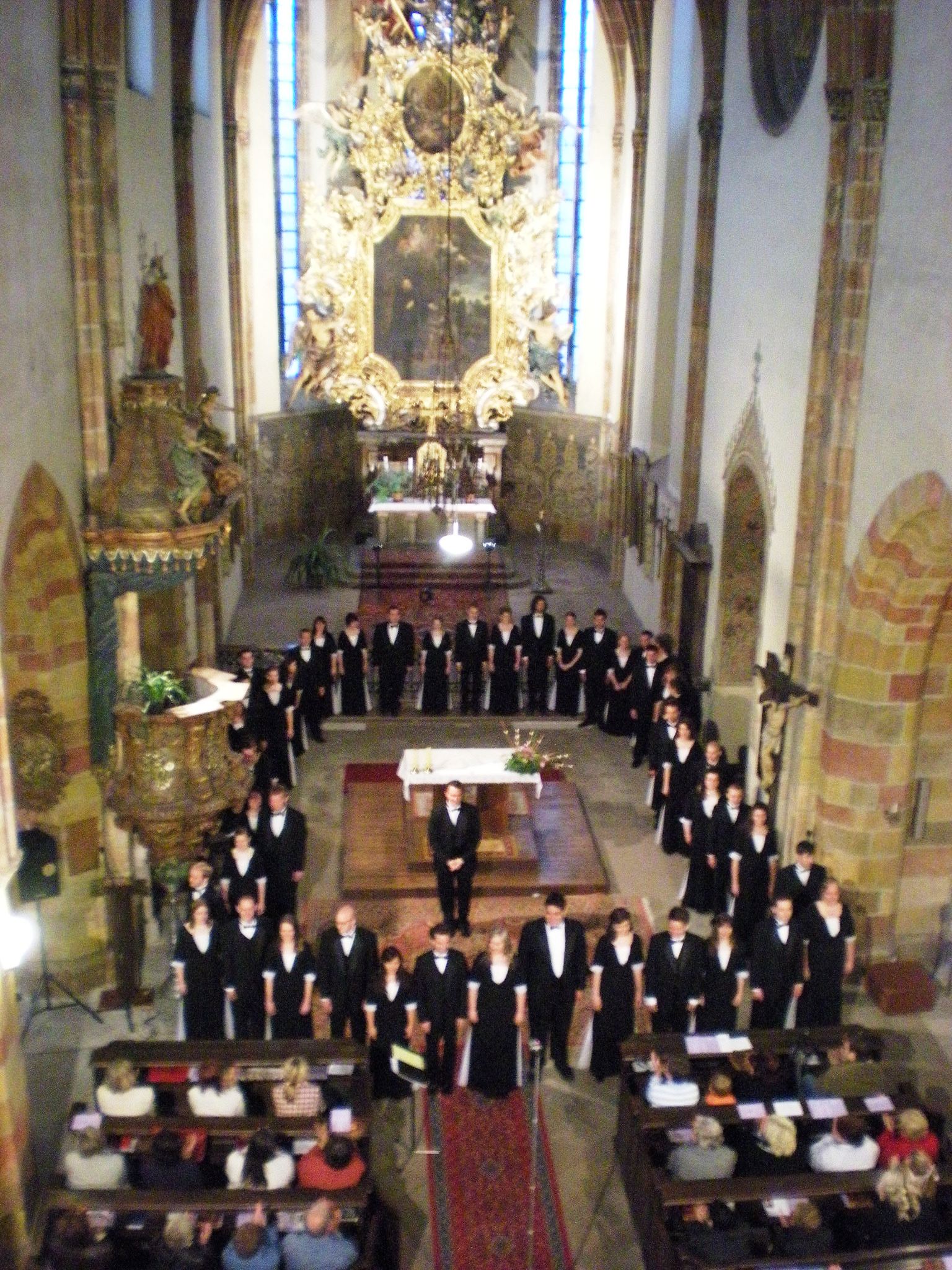 June 3, 2009– The University of Utah Singers, an elite choral ensemble of the U’s School of Music, has been awarded first prize at the 11th annual International Chamber Choir Competition in Marktoberdorf, Germany.

The only U.S. choir invited to compete in the prestigious biennial festival, the Singers also earned third prize for youth choirs (choirs composed of 18-21 year-olds) and received a special award of € 1,250 for “best interpretation of choral work being premiered at the competition.”

The Singers’ 2009 win culminates a three-week concert tour of Eastern Europe in which they logged over 1,500 miles, performing in Prague, Budapest, Ljubljana, Salzburg and other cities in six countries. In Munich they stayed long enough to record their newest CD in the Himmelfahrtskirche, a small and acoustically pleasing church where the singers recorded an earlier CD several years ago.

“I couldn’t be more excited for and proud of our University Singers,” exclaimed Bob Walzel, chair of the U’s School of Music. “I am not surprised they won. Anyone who has ever heard them sing knows they are world-class performers in every way. They are consistently at the pinnacle of musical excellence in all their performances and bring joy and happiness to all who hear them sing. Walzel added that, “our students continue to be wonderful ambassadors for the University of Utah and we should all take pride in their remarkable accomplishments.”

In a blog the Singers kept of their travels, they wrote about the competition, “The anticipation yesterday was about killing us. We sat in the hall and held hands and clapped and cried and had so much nervous energy that I think we almost exploded. The whole hall was electric with it, with hundreds of singers awaiting the results of a whole lot of hard work.

“When they called our name, we all leaped to our feet, jumped up and down, screamed, cried, hugged, clapped. It was an incredible feeling, and something we will never forget!”

The Singers are no strangers to success in Europe. Their latest first prize title follows years of international acclaim through convention performances, concert tours and participation in prestigious festivals and competitions.

In 2007, they toured to France by invitation to perform at three different festivals and have also been featured on French national television at the Nancy International Choir Festival.

Members of University Singers must pass a rigorous audition and are expected to learn diverse and extensive repertoire-from sacred to classical to American folk music. About half of choir members are music majors.

Additional information on the University Singers is available at http://www.uofusingers.org/, or by calling 801-587-9377.