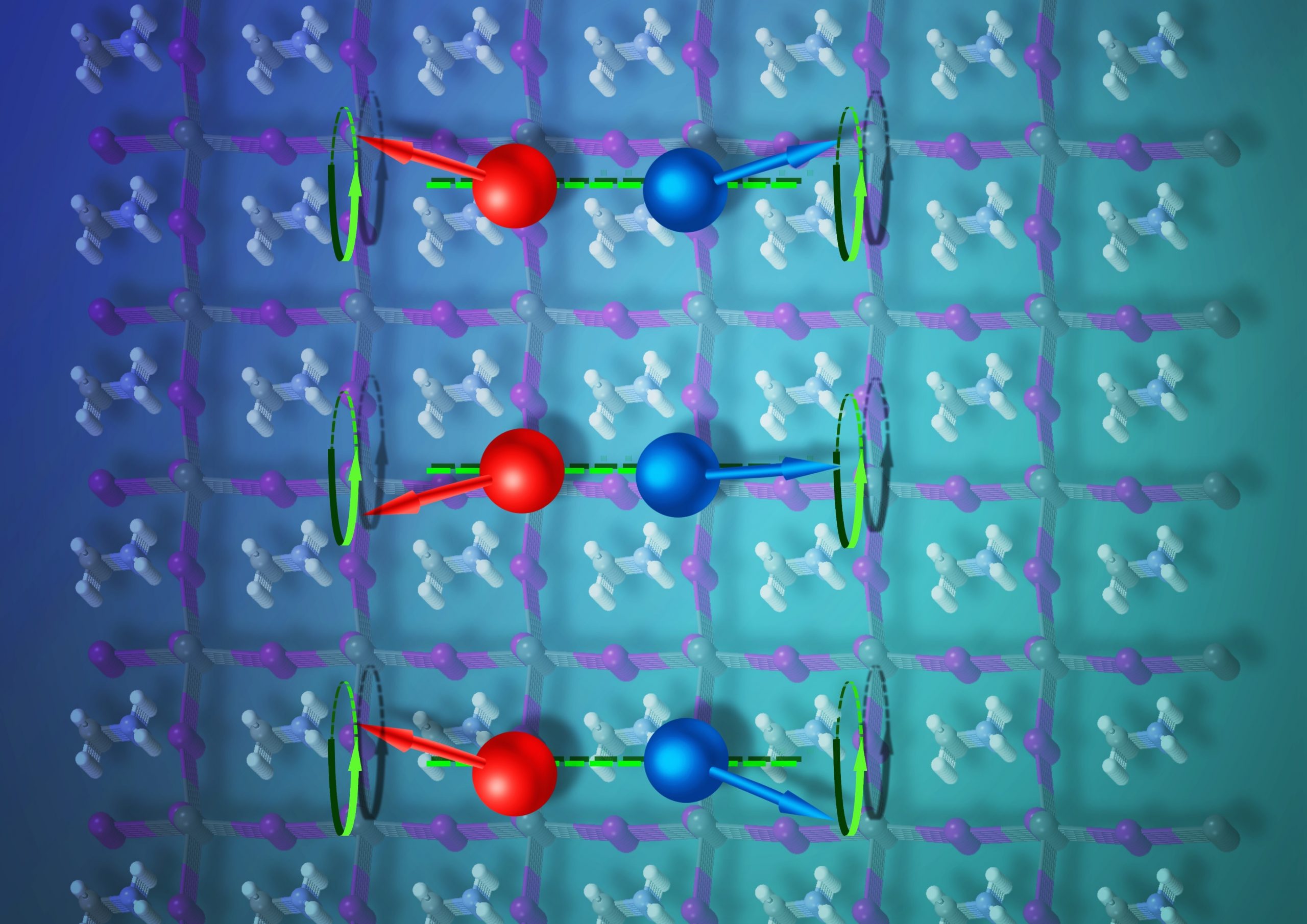 Now researchers at the University of Utah, in collaboration with the University of Texas at Dallas, have uncovered some of the secrets behind the amazing material’s performance. The findings, published today in the journal Nature Physics, help fill a deep void in hybrid perovskite solar cell research. Scientists and engineers have lacked a clear understanding of the precise goings on at the molecular level.

Among the practical results of the new study is proof of a way to rapidly test the performance of different prototypes of hybrid perovskite materials using magnetic fields, according to lead author Charlie Zhang, a post-doctoral research fellow, and senior author Z. Valy Vardeny, a distinguished professor of physics at the University of Utah.

Applying a magnetic field makes it possible to glean clues about the behavior of electrons and “holes” in semiconductor compounds. In photovoltaic solar cells, molecules absorb incoming photons of sunlight. Each absorbed photon can generate an exciton, the pairing of an electron and a corresponding electron hole. These pairings are short-lived and split into free, charge-carrying particles that drive an electric current.

Electrons and holes have a magnetic-related property called ‘spin’, a form of angular momentum; and the torque of a magnetic field can alter the spin direction. Spin can’t be observed directly, but spin properties can be inferred by looking at readily measurable properties, such as changes in the electrical conductivity of a material, or changes in photoluminescence – its tendency to emit light after absorbing photons – when it is subjected to a magnetic field.

The researchers proposed a mechanism to explain the effects based on how a magnetic field changes the spin configuration of electron-hole pairs. The spin configuration affects the rate at which electron-hole pairs split apart or recombine, which in turn respectively changes the electrical conductivity and photoluminescence of the perovskite. They dubbed this effect the ‘delta-g mechanism’, with g being a factor that describes the magnetic moment of an electron in the material. Delta-g is the difference between the g factors of an electron and hole, a difference that becomes crucial in how hybrid perovskite materials perform.

They verified this mechanism by measuring delta-g directly using a technique called field-induced circular polarized emission. It proved to be much larger than delta-g in ordinary organic solar cells, as would be expected if the delta-g mechanism were correct. For further confirmation, the researchers used a spectroscopy technique to measure the fleeting lifetimes – in trillionths of a second – of electron-hole pairs created by light absorption in the hybrid perovskite solar cells. The results also fit the delta-g mechanism.

The findings point to an answer to a critical question: whether hybrid perovskite devices behave more like silicon solar cells or like so-called excitonic solar cells made of organic polymers. Vardeny said the magnetic field effects nailed down by his group are telling. “This material is not excitonic. If it were, we would not see this effect. It is not like organic photovoltaic materials.”

The efficiency of converting sunlight to electric power has a theoretical limit of 33 percent. The hybrid perovskite photovoltaic devices are pushing 20 percent, not as good as the 26 percent of the best silicon cells, but closing in – and the hybrid perovskites can be produced at a fraction of the cost. The new findings provide more detailed understanding of the underlying physics that should help researchers to fully optimize hybrid perovskite solar cells.

Harnessing solar energy using photovoltaic cells has become more accessible with the addition of the hybrid perovskite ‘miracle materials’, Vardeny says. “This is important since the gasoline price at the pumps would not stay that low forever.”