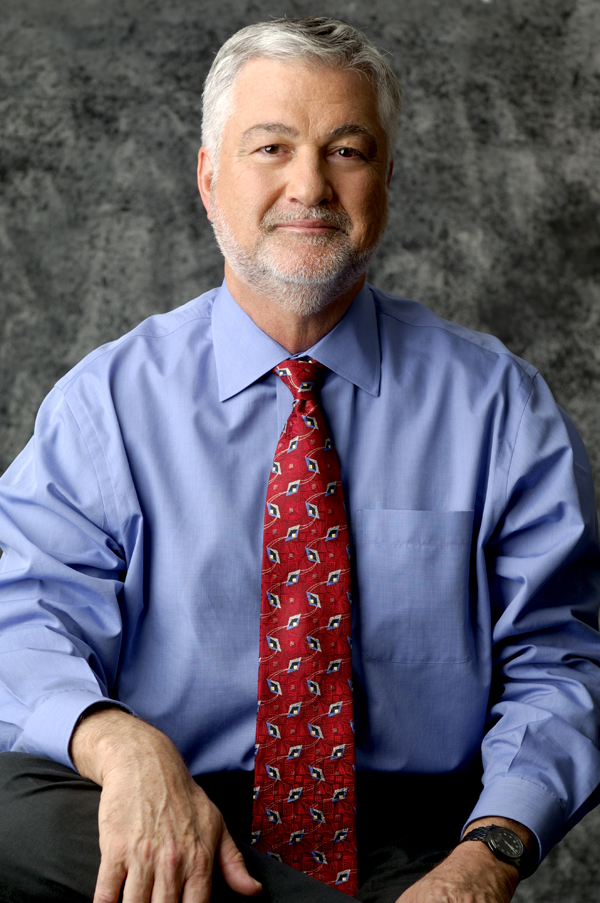 June 27, 2008 – Neurobiologist Thomas N. Parks – executive director of the Brain Institute at the University of Utah and a faculty member for 30 years – has been selected as the university’s vice president for research six months after he was named to the post on an interim basis.

The decision by University of Utah President Michael K. Young was announced Friday and was based on the recommendation of a search committee that spent six months reviewing the credentials of applicants from around the nation and interviewing seven of them. Parks was the only internal candidate among four finalists.

“There were a lot of well-qualified candidates, and I am honored to have been chosen from that group,” Parks says.
Young says: “I am delighted that Tom Parks accepted our request to serve as the university’s vice president for research. The university is more deeply committed than ever before to the role and value of research in our society, and Tom’s long involvement with research and researchers at the U make him extraordinarily qualified to fill this critical leadership role. I look forward with real anticipation to see the advances Tom will facilitate here at Utah’s premier research institution.”

Parks takes the job as the university continues to gain stature as a major research university, collecting $322 million in research funds during the 2007 fiscal year, spinning off 17 new companies based on faculty technology innovations the same year, and seeing geneticist Mario Capecchi win the 2007 Nobel Prize in Medicine or Physiology.

“For me, the excitement is to help continue the forward momentum and improvement of the university,” says Parks. “I’ve been at the university for 30 years, and the place has gotten steadily better in terms of the research and quality of the faculty. It’s exciting to have an opportunity to contribute to forward movement on the research front.”

Parks, 58, a professor and former chair of the Department of Neurobiology and Anatomy, took the job on an interim basis at the beginning of this year when geneticist Raymond Gesteland returned to his lab after seven years as research vice president.

Parks says part of the reason he took the job is that Young and other university administrators “are committed to building research. It takes a team effort to do that.”

Because the vice president position is full-time, Parks says Monica Vetter will continue as acting chair of the Department of Neurobiology and Anatomy – a position she took when Parks was named interim vice president. He also says he expects to step down eventually from his position at the Brain Institute.

Parks says he hopes to make a number of changes in the university’s programs to support research.

“We want to make more and better requests for funds to a wider range of funding sources in the federal government and foundations,” he says. “We want to provide more help for faculty who are submitting large, multidisciplinary research proposals. We want to upgrade research facilities and resources on the campus. We want to do more to help the public understand why it’s worth spending a little extra money to send their children to a research university.”

Other proposals – outlined in a memo from Young to the campus community – include acquiring a supercomputer composed of 2,000 individual processors, reinstating an internal grant program to held faculty buy research equipment, recognizing the importance of scholarship and creative work campus-wide, and ensuring continued success and growth of USTAR, the Utah Science, Technology and Research economic development initiative.

During 1985-1993, Parks directed an interdepartmental Ph.D. program in neuroscience. He chaired the Department of Neurobiology and Anatomy in the School of Medicine during 1992-2007, and has served as executive director of the Brain Institute since 2004. His research deals with understanding nervous system development, particularly the auditory system responsible for hearing.

Parks also has experience in technology transfer. In 1986, he cofounded NPS Pharmaceuticals and served on its board until 2006. He also took primary responsibility for recruiting three of the professors hired for USTAR.

A resident of Holladay, Utah, Parks has been married for 28 years to Patricia Legant, a hematologist-oncologist in private practice in Murray, Utah. They have one child, Anna, who is a student at Yale.