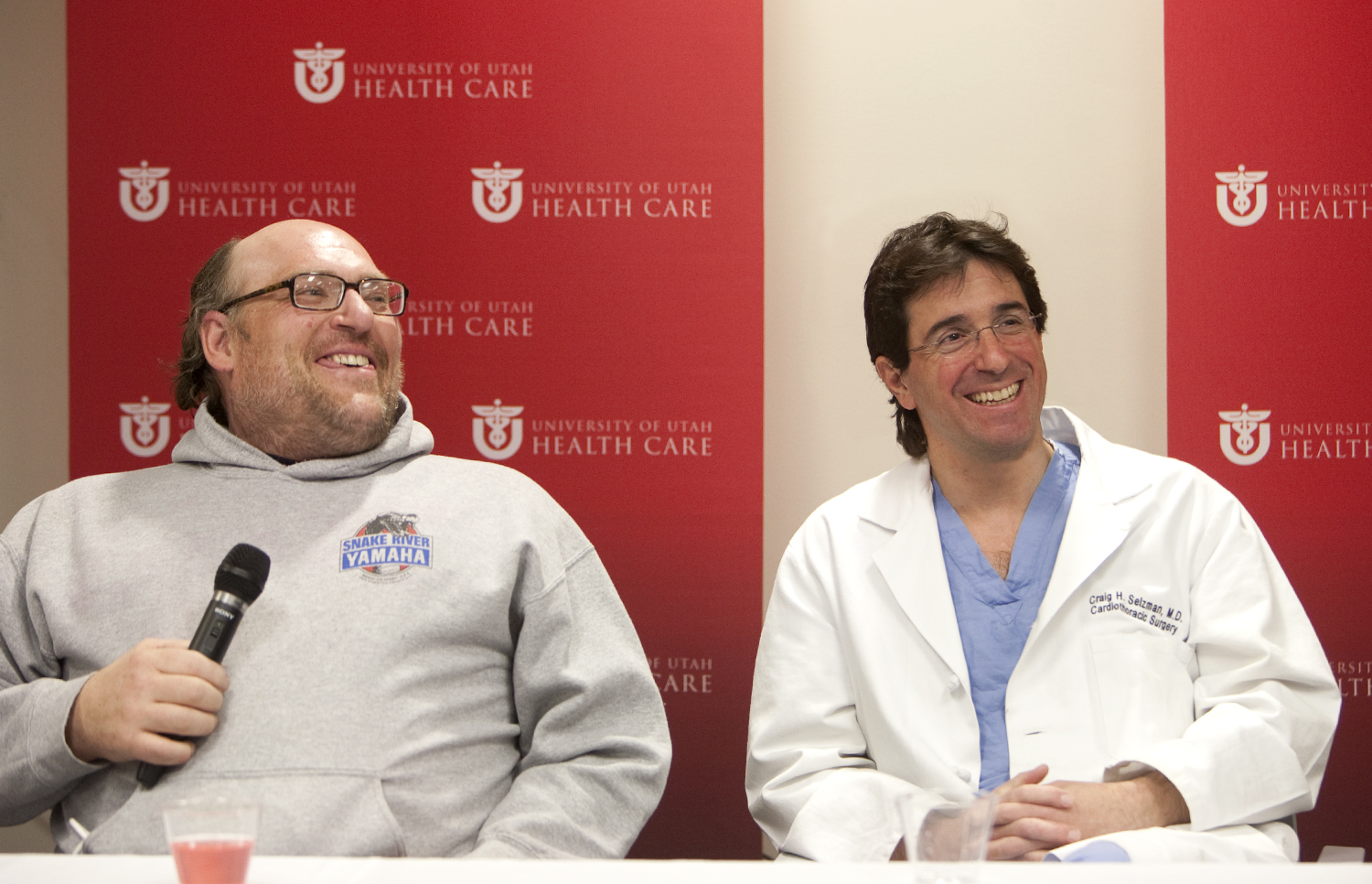 April 8, 2010 — After receiving only the fourth U.S. implant of a new-generation, Utah-made ventricular assist (VAD ) device, an Idaho man with heart failure is looking forward to resuming an active life following an operation on March 17 at University of Utah Hospital.

Douglas Wiley, Kuna, Idaho, received the Levacor™ VAD as part of national clinical trial under way at the University and is anxious to give his new VAD a real-world tryout. “I can’t wait to get back on my motorcycle,” the 44-year-old says.

The clinical trial, which is evaluating how well the new VAD serves as a bridge for people awaiting a heart transplant, is one of several leading-edge treatment options the University’s cardiovascular program offers for people suffering from heart disease, according to Craig H. Selzman, M.D., the Utah principal investigator in the trial and a cardiothoracic surgeon with University of Utah Health Care.

“This new-generation VAD represents a potentially important step in giving patients such as Mr. Wiley the chance to regain their strength and vitality while they wait for a heart transplant,” Selzman said. “The University of Utah has a long and proud history in the development and use of implanted blood pumps, and with the Levacor™ clinical trial we are expanding our commitment to help those with this devastating disease.”

As an academic medical system, University of Utah Health Care offers the full range of options for people with heart disease – medical treatment, transplantation, and vanguard technologies and trials such as new VADs and even stem cell transplants to help damaged hearts heal themselves.

The Levacor™ VAD was initially developed at and spun-off from the University of Utah and is being commercialized by WorldHeart Corporation, a Salt Lake City-based company. Unlike other VADs, this one uses a fully magnetically suspended rotor to help pump blood, allowing it to operate without bearings or other moving parts that wear out and can damage blood. Potentially, the Levacor™ VAD could last years longer than other blood pumps.

Although the current clinical trial is evaluating the Levacor™ VAD as a bridge to transplant, the device is expected to be evaluated next as an alternative to heart transplant and may one day serve as a bridge to heart recovery, according to Selzman. Under this premise, an VAD designed to be efficient, durable and that is gentle to blood could take over for a failing heart long enough for the muscle to strengthen on its own or through the help of drugs or other therapies such as autologous stem cell transplants.

The University currently is conducting such a stem cell trial, in which a patient’s own stem cells are harvested, purified, and then injected into a diseased heart to help grow healthy cells. But the only way many patients’ hearts could repair themselves would be through an extended period of rest provided by a long-lasting VAD.

“We’re still in the early stages of clinical testing with the Levacor™ VAD, so there’s much work ahead of us. But the potential for using this device as a bridge to recovery is there,” Selzman said. “This is the kind of technology and medicine that a major academic medical system such as University of Utah Health Care is ideally suited for investigating.”

University Hospital is the second center in the country to implant the device into a patient. The first three patients received their implants at INTEGRIS Baptist Medical Center in Oklahoma City earlier this year.