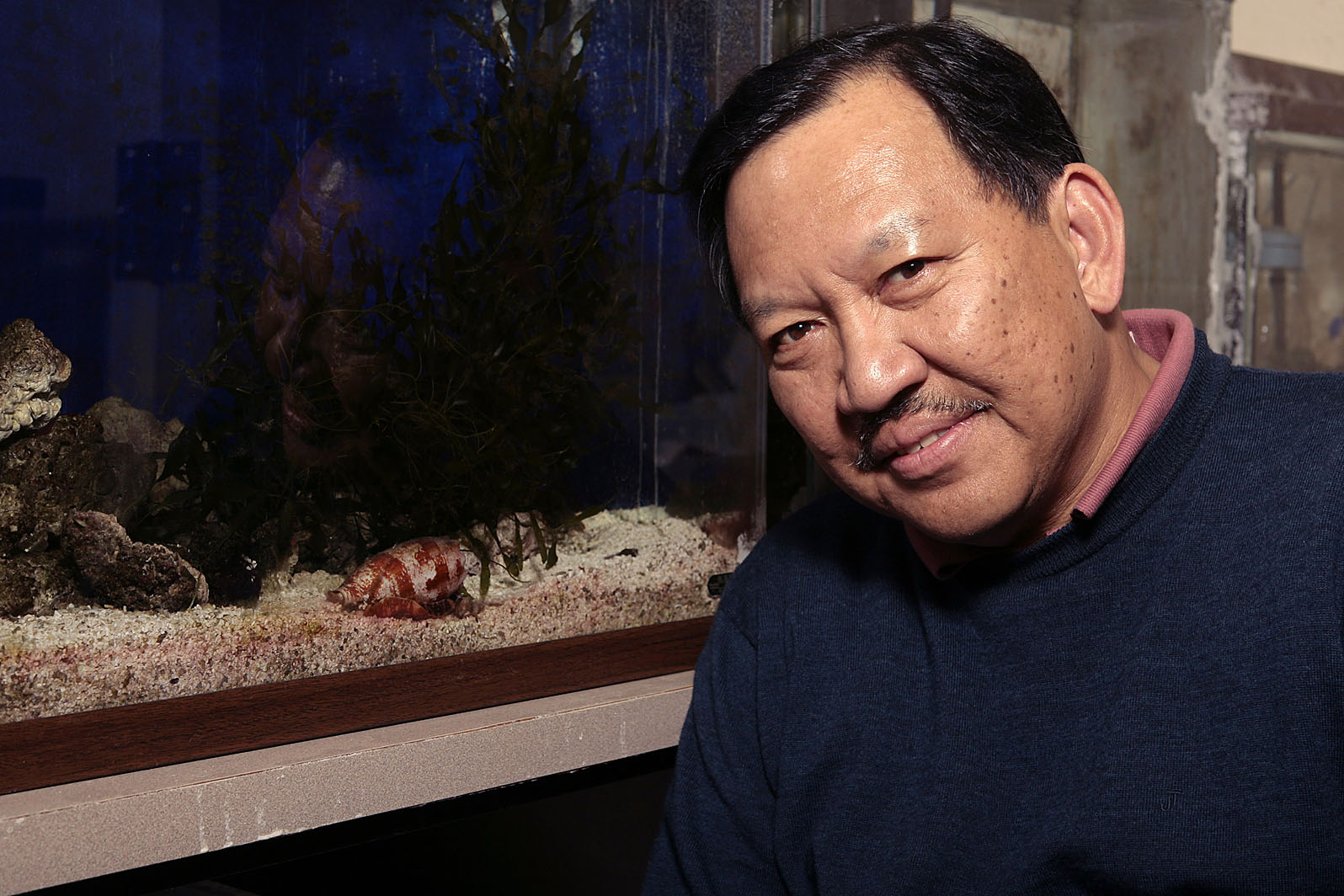 Baldomero Olivera studies chemical compounds found in the venoms of marine cone snails, a potential source of powerful, yet safe and effective drugs. He will discuss the development of Prialt – an FDA-approved drug for intractable, chronic pain – and the potential for new drugs during a free public lecture at the University of Utah.

The conventional picture of a snail is a slow-moving, plant-eating, shelled animal found in gardens. However, in the marine environment, there are more than 100,000 species of snails. About 100 different species have evolved to become venomous predators that specialize in hunting fish. These fish-hunting Conus snails harpoon fish with a hypodermic needle-like tooth that injects paralyzing venom made up of 100 chemical components.

“The long-range goal is to use these toxins as an entrée for studying key molecules in the central nervous system,” Olivera says.

The fact that the poisons can be synthesized and categorized easily will enable researchers to learn more about parts of the nervous system affected by the Conus toxins.

The precise mechanism that accounts for the biological activity of most peptides present in cone snail venoms has not yet been determined. A major challenge in the next few years is to clarify the molecular mechanisms through which the different peptides in Conus venom elicit their profound behavioral effects.

The natural form of Prialt – a drug for severe pain approved in 2004 by the U.S. Food and Drug Administration – was discovered in Olivera’s lab in 1979 by J. Michael McIntosh, then an incoming freshman at the University of Utah and now a professor of psychiatry and research professor of biology. The drug was isolated from the fish-hunting cone snail Conus magus, or magician’s cone, which is only 1.5 inches long.

Prialt is injected into the fluid surrounding the spinal cord to treat chronic, intractable pain suffered by people with cancer, AIDS, injury, failed back surgery or certain nervous system disorders.

Olivera was named a distinguished professor of biology at the University of Utah in 1992. He is the author of more than 250 scientific publications. In 2006, he was appointed a Howard Hughes Medical Institute Professor. He was elected to the Institute of Medicine in 2007 and to the National Academy of Sciences in 2009.

The Frontiers of Science lecture series is sponsored by the College of Science and the College of Mines and Earth Sciences. Lectures are free and open to the public, but tickets are required to guarantee seating. Visit www.science.utah.edu to reserve tickets.