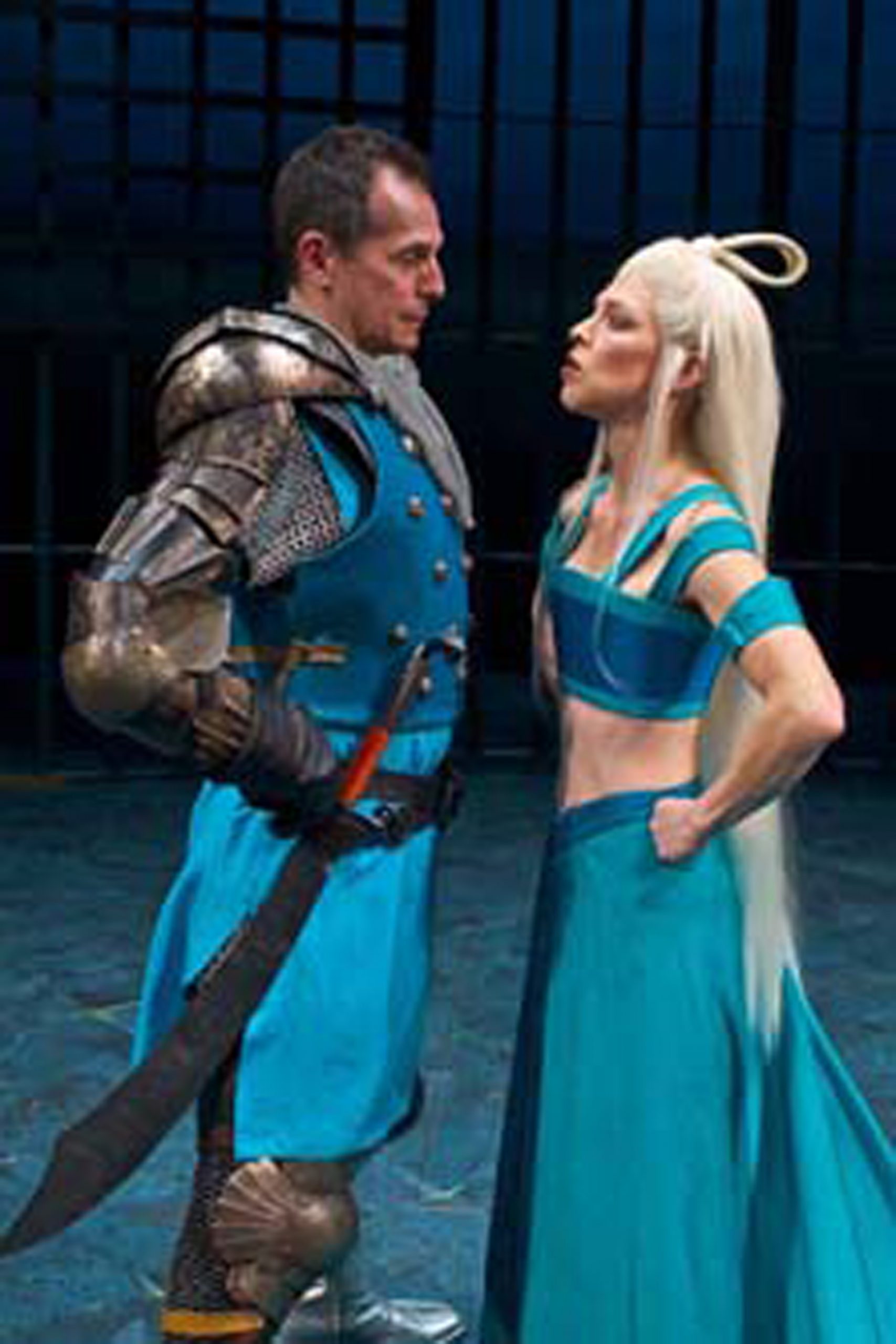 Feb. 19, 2014 – Pioneer Theatre Company, Salt Lake City’s professional theater located at the University of Utah, presents the charming Shakespearean comedy Much Ado About Nothing, opening on Friday, Feb. 21 and running through March 8, 2014.

The concept for this production is unique with sets and costumes reflecting a fantasy set in King Arthur’s time. This is the first Shakespearean production under the tenure of the new artistic director, Karen Azenberg, now in her second season at the Pioneer Theatre.

Much Ado About Nothing is a romantic comedy featuring one of the most spirited battles of the sexes ever written, starring Beatrice and Benedick, two people who claim to thoroughly detest one another. But under the barbs they hurl at one another lie feelings that neither is even aware of, until circumstances bring them together to rescue their young friends.

Beatrice is played by Rebecca Watson. Watson’s Broadway and New York credits include By Jeeves, The Cocoanuts, Romeo and Juliet, and Disney’s Hercules. TV and film credits include  The Big C, Deception, Law & Order, Guiding Light, All my Children and As the World Turns.

ABOUT PIONEER THEATRE COMPANY
Pioneer Theatre Company operates under an agreement between the League of Resident Theatres (LORT) and Actors’ Equity Association, the Union of professional actors and stage managers in the United States. Pioneer Theatre Company, Utah’s only fully professional theatre, performs at Roy W. and Elizabeth E. Simmons Pioneer Memorial Theatre, located on the University of Utah campus at 300 South and 1400 East in Salt Lake City, easily accessible by TRAX light rail. Free parking is also available and the theatre is equipped with an elevator, handicap parking, hearing assistance devices and other easy-access features.