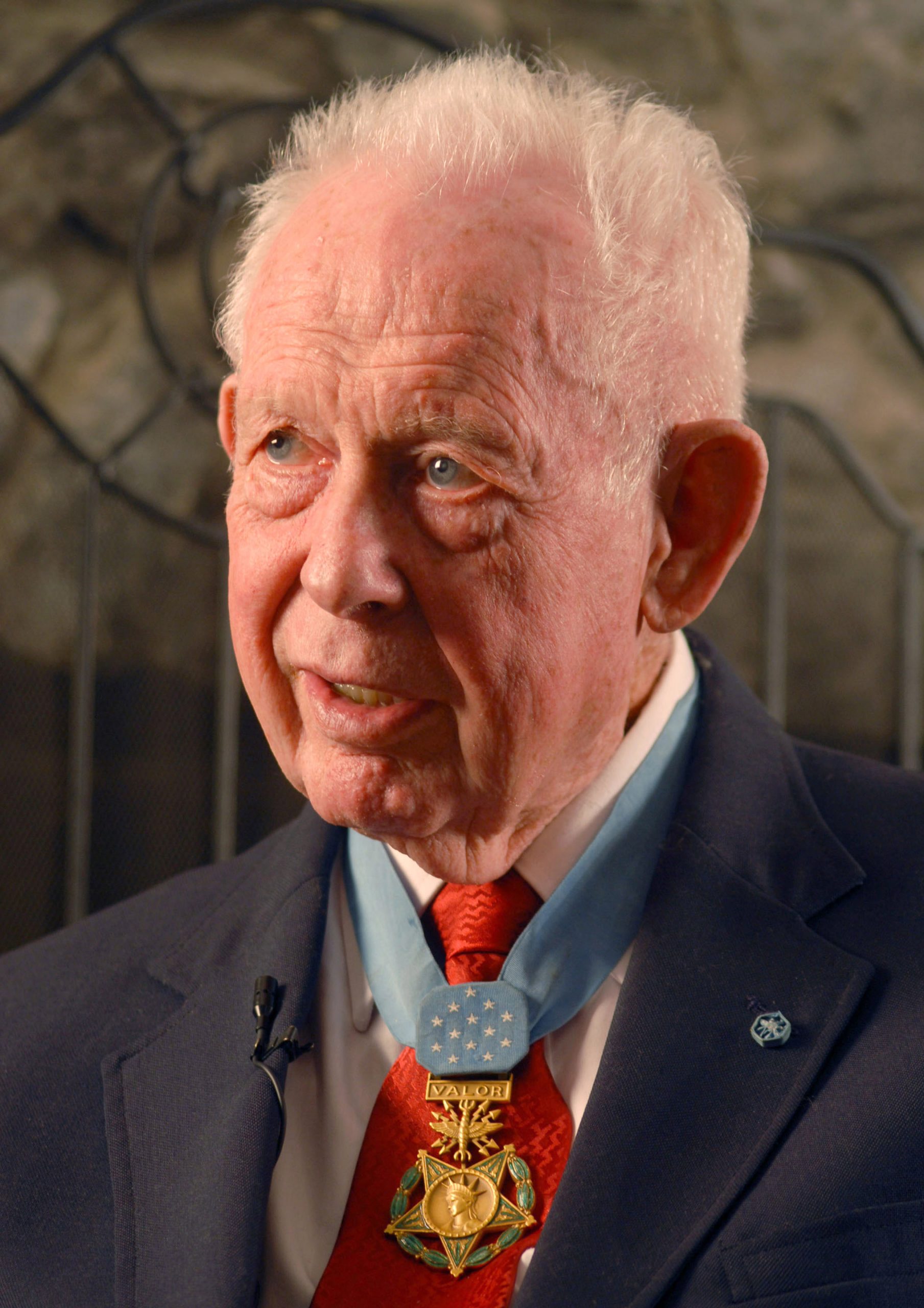 April 30, 2008-Medal of Honor Recipient Colonel Bernard Francis Fisher, retired USAF, will receive his diploma from the University of Utah 57 years after attending classes at the U as a student. Colonel Fisher was not able to complete his undergraduate degree before receiving his Air Force commission and entering active duty Air Force into the Aviation Program.

Colonel Fisher will receive his diploma, based on his academic achievement and life experience, as an honored guest and presenter at the commissioning ceremony of 10 cadets of the University of Utah Air Force Reserve Officer Training Corps (AFROTC) program. The cadets will be bestowed the rank of 2nd Lieutenant into the U.S. Air Force. Colonel Fisher will then present the inaugural Detachment 850 Colonel Bernard F. Fisher Leadership Award named in his honor. The award is presented to the top graduating Air Force 2nd Lieutenant each academic year.

At the conclusion of the commissioning ceremony Michael K. Young, president of the University of Utah, will officially recognize Colonel Fisher with the presentation of a University of Utah diploma. Fisher attended classes during 1949 and 1951. Representing the university and acting on behalf of President Young will be the dean of the College of Social and Behavioral Science, J. Steven Ott.

Colonel Fisher was a student at the University of Utah AFROTC program during the Korean War. He received his Air Force commission and entered active duty Air Force into the Aviation Program before he was able to graduate.

Colonel Fisher was awarded the Medal of Honor for personal action above and beyond the call of duty by risking his life to save a fellow pilot, who was shot down during action in the A Shau Valley of Vietnam in 1966.

During the battle, then-Major Fisher landed his Douglas A-1E Skyraider on an airfield controlled by the enemy under the most intense ground fire, pulled the downed pilot from the wreckage and took him aboard his aircraft, successfully escaping despite several bullets striking the plane. The aircraft Colonel Fisher was flying that day is displayed at the USAF Museum at Wright-Patterson AFB, Ohio. He also had extensive experience in such fighters as the F-80, F-86, and F-101, along with hundreds of close air support missions in the A-1E.

Born in San Bernardino, California, Fisher was raised and educated in Utah, calling Clearfield home. He lives today in Kuna, Idaho. He is the first living USAF recipient of the Medal of Honor. Moreover, he is the first USAF member to receive the medal from Vietnam.